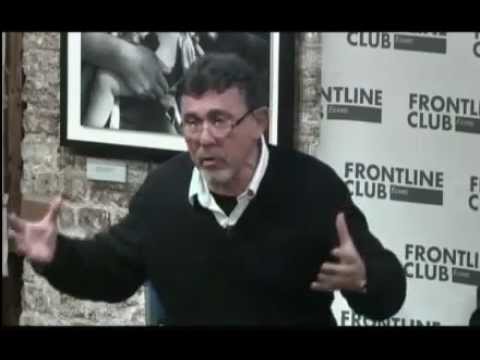 A new paper by Israeli archeologists Lidar Sapir-Hen and Erez Ben-Yosef, [pdf] posted at the University of Tel Aviv web site , is bad news for biblical literalists and far right wing Israeli nationalists who use the Bible for support.

The Hebrew Bible’s oldest chapters– Genesis, Exodus, and even Judges purport to discuss events thousands of years ago. The custom in Western biblical scholarship is to date Abraham to e.g. 2000 B.C. This dating is based on nothing more than counting generations (“begats”) backward and assigning an arbitrary number of years to each generation. In fact, Genesis is replete with myths and assertions of people living hundreds of years, and was only historicized in this way by 19th century positivists.

But here is proof that the Bible was written late and projects later developments into the distant past: it alleges that people had domesticated camels four millennia ago in what is now Israel. And that assertion, folks, is simply not true. That is the finding of Sapir-Hen and Ben-Yosef.

E.g. Genesis 24: 64 says, “Rebekah lifted up her eyes, and when she saw Isaac she dismounted from the camel.” If this encounter happened circa 2026 BC, it was happening a thousand years before anyone was riding camels.

The archeologists’ digs near the Jordanian border find evidence of domesticated camels sort of 930-900 BC. But they don’t find that evidence in any settlements older than 930 BC. There is a pretty clear dividing line between the pre-domestic camel and post- domestic camel settlements.

Although it was likely based on previous oral tales, the Bible probably wasn’t written down in something like its present form until the Babylonian exile, 586-539 B.C. When those scribes reworked the folk tales of the Canaanites, they projected sixth-century BC realities back into the past. Thus, they had characters riding camels before they were domesticated. Riding a camel was taken for granted in 580 BC.

You might think this point is a minor one. But it demonstrates how the scribes worked. They projected recent things into the distant past.

The archeological evidence shows that not only weren’t people riding camels in the Levant when the Bible says they were, David and Solomon didn’t have a huge palace in Jerusalem in the 1000s and 900s BC. The Assyrians, the gossips of the ancient world, wrote down everything on their clay tablets. They knew events in the whole Middle East. They did not know anything about a glorious kingdom of David and Solomon at Jerusalem. Indeed, in the 1000s when David is alleged to have lived, Jerusalem seems to have been largely uninhabited, according to the digs that have been done. Jerusalem was not in any case founded by Jews, but by Canaanites in honor of the god Shalem, thousands of years ago. There is no reason to think anyone but Canaanites lived in the area of Jerusalem in the 1000s or 900s BC. Likely some Canaanites became devoted to Y*H*W*H in a monotheistic way during the Babylonian exile when they began inventing Judaism and becoming “Jews” and projecting it back into the distant past.

In short, those far right wing Israelis who use the bible stories as a basis for kicking Palestinians out of their homes in East Jerusalem are making many mistakes, including historical ones, as well as human rights mistakes.