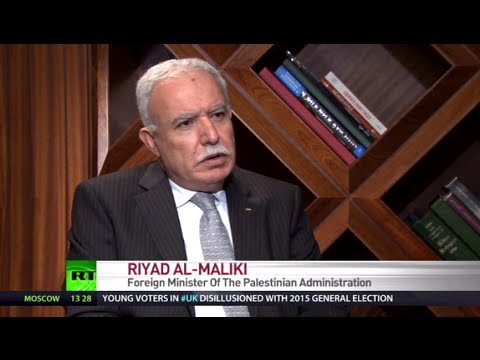 The Likud-led Israeli government doesn’t like US Secretary of State John Kerry at all. Defense Minister Moshe Yaalon ridiculed him as “obsessive” and “messianic.” Economy Minister Naftali Bennett earlier this week slammed Israeli Prime Minister Binyamin Netanyahu as being under Kerry’s influence, when Netanyahu was said to be considering leaving Israeli squatters on Palestinian land under the authority of the Palestine government in a peace deal leading to Israel relinquishing its current annexation project.

This week the largest Danish bank divested from Israel’s HaPoalim Bank because the latter funds squatter firms on Palestinian territory, in contravention of international law. This step is the latest in a rash of European moves to divest from Israeli economic enterprises located on Palestinian land in the West Bank and illegally exploiting Palestinian resources. (The 1949 Geneva Convention forbids an Occupying power from flooding its citizens into militarily occupied territory or from altering the lifeways of its people. Also just stealing their stuff is frowned on.) European firms complicit in West Bank Israeli crimes are increasingly exposed to legal action in European courts. Kerry is apparently acting on behalf of some section of American Jewry that is more clear-eyed than rightwing Israelis and sees this writing on the wall, and is trying to save Israel from Apartheid isolation with some version of a two-state solution.

Naftali Bennett is from the small religious Jewish Home Party that is in coalition with the largely secular Netanyahu government. Jewish Home is dead set against returning to pre-1967 borders or allowing the emergence of a Palestinian state, and has been threatening to withdraw from the government if Netanyahu signs a Kerry-brokered peace treaty with the Palestinians.

Now Israeli parliament member Motti Yogev, also from the Jewish Home Party, has attacked Kerry, this time as bigotted against Jews. He said, “Prime Minister Binyamin Netanyahu is acting under Kerry’s obsessive pressure, which may have anti-Semitic undertones . . . Kerry is not here to reach a compromise. He wants to decrease the Jewish presence in the Land of Israel and create a Palestinian state.”

Yogev himself lives in an Israeli squatter settlement on Palestinian territory.

It is one of the less appealing characteristics of Zionist bullies that they engage blithely in stealing Palestinian land and resources in complete disregard for international law and then use the fig leaf of charges of “anti-Semitism” to deflect any criticism of their actions. (The Jewish Home Party, though religious, characterizes itself as “Zionist.”) This distasteful ploy has increasingly jumped the shark as simple human rights law has become “anti-Semitic” insofar as the current rightwing Zionist enterprise violates international norms, and yet its proponents maintain that criticizing Israel or Zionism is not allowed. All this is not to mention that the United States gives (underline gives) Israel billions of dollars a year in its taxpayers’ money, as well as trade privileges worth further billions. It doesn’t do that for any other country at that level. If Kerry is anti-Semitic now, what would he have to do, make it trillions?

Housing Minister Uriel Ariel of the same party led a protest of some 2000 on Thursday, with rabbis praying that Netanyahu will stand firm against Kerry.

Palestinians fear that the talks are a mere smoke screen, allowing Israeli aggressive expansionism while falsely reassuring the outside world that a peace process is in train.