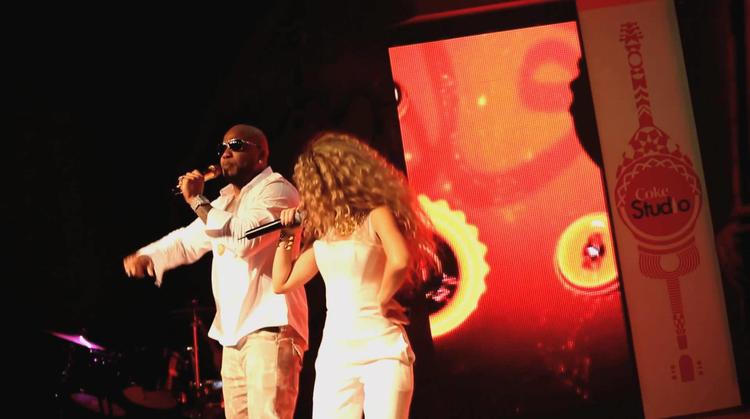 Last summer American rapper Tramar Lacel Dillard a.k.a. Flo Rida reprised his 2011 hit with Sia, “Wild Ones” with Lebanese pop star Myriam Fares singing Arabic lyrics as a counterpoint to his English-language rapping. Since Fares is singing an Arabic melody, which has different harmonics than the Western, she does not reproduce the Sia melody line. But Flo Rida’s rap lyrics are the same.

I’ve noted before that in medieval Arabic poetry there is a genre that alternates an Arabic verse with one in another language, called mulamma`at, and this kind of collaboration echoes that technique.

Myriam Fares was born in the Lebanese southern coastal city of Sidon in 1983 and is from a Sunni Muslim Christian background (some prominent web sites on Arabic pop music say she is Sunni, but that appears to be an error). She was discovered through contest shows and became a star over the past seven years, now referred to as “Queen of the Stage.”