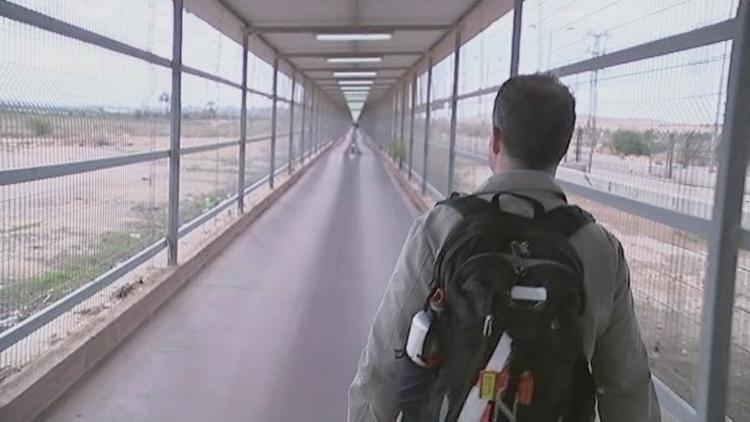 Three in four Palestinian children detained by the Israeli military in the occupied West Bank last year endured physical violence during arrest and interrogation, according to Defense for Children International Palestine research.

Data compiled by DCI-Palestine from 98 affidavits of Palestinian children aged 12 – 17 also showed that night arrests between midnight and 5 am increased to 56.1 percent from 45.4 percent in 2012. In 21.4 percent of cases, Israeli military, police and security agents held children in solitary confinement for an average of 10 days for interrogation purposes.

“Despite international condemnation and awareness of Israel’s widespread and systematic ill-treatment of Palestinian child prisoners, there have been no practical steps taken to curb violations,” said Ayed Abu Eqtaish, Accountability Program director at DCI-Palestine. “The international community must demand justice and accountability.”

Israel is the only state to automatically and systematically prosecute children in military courts that lack basic standards of due process. Around 500 – 700 Palestinian children, some as young as 12, are arrested, detained and prosecuted in the Israeli military detention system each year. The majority of Palestinian child detainees are charged with throwing stones. No Israeli children come into contact with the military court system.

DCI-Palestine research shows that children arrive to Israeli interrogation centers blindfolded, bound and sleep deprived. Unlike their Israeli counterparts, Palestinian children have no right to be accompanied by a parent during an interrogation. In 96 percent of cases documented by DCI-Palestine in 2013, children were questioned alone and rarely informed of their rights, particularly their right against self-incrimination.

The interrogation techniques are generally mentally and physically coercive, frequently incorporating a mix of intimidation, threats and physical violence with a clear purpose of obtaining a confession. More than one in five of the 2013 cases, children signed statements in Hebrew, a language they do not understand.

Impunity for violations was a significant obstacle in 2013 as DCI-Palestine filed 15 complaints with Israeli authorities concerning the ill-treatment and torture of 10 children while in Israeli military detention. Not a single indictment has been issued against a perpetrator. Many Palestinian families refuse to file complaints for fear of retaliation or simply because they do not believe the system is fair or impartial.

Recent amendments to Israeli military laws concerning children have had little to no impact on their treatment during the critical 24 – 48 hours after an arrest, where most of the ill-treatment occurs at the hands of soldiers, policemen and interrogators.

Mirrored via Repost from Defense for Children International Palestine

Channel 4 News reports: “Running on Empty: Inside the Gaza Strip”