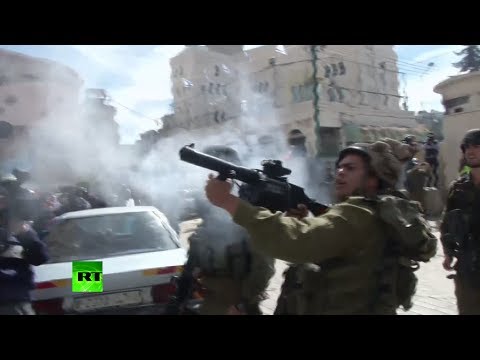 Palestinians held a protest Friday in the West Bank city of Hebron to demand its main street be reopened, 20 years after the Israeli military closed it on security grounds. An AFP correspondent said about 1,000 Palestinians joined by Israeli and international…

h/t for title to Rania Khalek:

US lack of interest in Israeli brutality against Palestinian protesters is weird given obsession w/ Ukraine/Venezuela http://t.co/lR6mPSjc5h