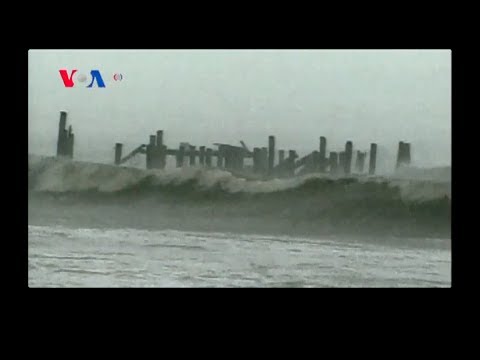 You have said repeatedly that if negotiations with Iran do not limit its nuclear enrichment activities solely to peaceful uses, i.e. production of fuel for energy plants, that you would be willing to go to war with that country to ensure that it does not develop an atomic bomb. Some prominent American politicians, such as Senator Lindsey Graham, do not want to wait for negotiations and would like to launch that war today.

But atomic weapons are possessed by Israel, Britain, France, China, Russia, Pakistan, India and the United States, and only two have ever been detonated in anger. Atomic bombs are defensive weapons, not offensive ones, because deploying them aggressively would usually exact too heavy a toll for the aggressor to bear in consequence.

You said at Prague in 2009, “today, I state clearly and with conviction America’s commitment to seek the peace and security of a world without nuclear weapons.”

But while you seem to put a great deal of emphasis on Iran’s nuclear enrichment program and the danger it might be weaponized, and while you say you want nuclear disarmament in general, you seem to take a longer view on a much, much more extreme threat to the earth than a few thousand atomic bombs. While you have been the best president on the issue of climate change, and EPA regulations on coal plants in your administration are going a long way toward closing them down, you keep talking about an “all of the above” energy policy that lauds hydraulic fracking and increased hydrocarbon production. If you produce more of the stuff, it will be burned into the atmosphere. And, even just extracting it out is very bad for the earth.

The greater threat than atomic bombs is carbon emissions and the likelihood that tar sands extraction of petroleum will greatly increase them. This coming on line of massive new amounts of extremely dirty tar sands petroleum would be much abetted by the Keystone XL pipeline.

Extraction of petroleum from tar sands should be illegal for all kinds of reasons. Most importantly, it is a very, very dirty fuel. We are already putting 278 atomic bombs worth of energy into the atmosphere in the form of carbon dioxide emissions every minute .

Let us stop and think about that. If one country detonated even one atomic bomb against another country, that would practically be the apocalypse nowadays. Or, if the countries of the world just did 278 tests of nuclear weapons a year there would be an enormous outcry. But we let Big Oil, Big Gas and Big Coal carry out the equivalent of that many explosions every 60 seconds.

We only have 15 years to very substantially reduce the 32 billion metric tons of CO2 we put into the atmosphere every year. My guess is that you think we have more like 45 years, to about 2050. Climate scientists like Jim Hansen have revised that timeline. We have until 2030 to limit global warming to less than 4 degrees Fahrenheit. Getting hotter than than may well destabilize the climate, making it chaotic. We are in crisis and need a Manhattan project. The magnitude of the threat became even clearer in 2013, as The Smithsonian Magazine, which you publish recently pointed out.

If you’d be willing to spend a likely $3 trillion and a great deal of American blood on a war with Iran to stop it from having one nuke, why not spend at least that much money to make sure that the equivalent of hundreds of thousands of nuclear weapons are not set off every single day?

The US went up from 5 billion metric tons a year in CO2 emissions to 6 after the mid-1990s. Recently, because of the closure of coal plants in favor of wind energy in the Midwest and because of a switch to natural gas at other plants, we have fallen back down to 5 billion metric tons of C02 a year. But that is like a man who needs to lose 60 pounds to avoid a massive, fatal heart attack, straining and managing in the end to take off 10 pounds. It isn’t nearly good enough. (And in 2013 our emissions increased again, by two percent). Worse, the natural gas that replaced some of the coal was often produced by hydraulic fracture– breaking open rocks deep in the earth– and the process produces large amounts of methane emissions. Methane is a much more powerful greenhouse gas than carbon dioxide, so it doesn’t do you any good to cut down on C02 and increase methane submissions.

The Keystone XL pipeline would facilitate the tar sands extraction industry, which is destroying the Canadian environment. Building it will be the equivalent of putting an extra 40 million automobiles on the road. Your State Department concluded that the pipeline won’t significantly increase global warming. That is only true if you look at the issue very narrowly. If you consider what it will mean for increased tar sands extraction, it will in fact very significantly contribute to global warming. Your own Environmental Protection Agency is wondering what those people at State are smoking.

Tar sands extraction, it turns out, puts 2 to 3 times as many polycyclic aromatic hydrocarbon (PAH) emissions into the atmosphere, water and soil as had earlier been estimated by industry studies That chemical will affect both Canadian and American citizens.

Your Center for Disease Control warns that PAHs are dangerous to human beings. They have caused tumors from being inhaled or from skin contact in laboratory animals and have caused cancer in human beings. Mice ingesting large amounts of PAHs had difficulty conceiving, so they damage reproductive health. They also have caused birth defects in animals. Animal studies also show that PAHs compromise immune response. So they make you sick and then make you less able to fight off sickness.

But a chemical that causes cancer or birth defects is actually benign compared to the carbon emissions themselves, which will kill many more people through drought, flood, and other calamities, even over just the next century (it gets way worse after that). In the next 80 years we will lose New orleans and Miami to rising seas, and see substantial loss of coasts. Forest fires and crop failures threaten the southwest, which won’t have enough water.

We can’t afford “all of the above” as an approach to our energy security, Mr. President. Spain got more energy from wind than any other source in 2013 and we have more wind than Spain does. China put in more solar power in 2013 that we have in our entire history as a country. We get half of one percent of our energy from the sun even though we are drenched in it and the cost of PV panels have plummeted.

You are no doubt already doing most of what you can, as one of the few sane politicians we have, who recognizes the dangers. But your rhetoric of “all of the above,” while it may protect you from the carbon wingnuts, is not helpful to the country or the world. It isn’t the kind of rhetoric you use about atomic bombs, which are practically speaking much less dangerous. Would you encourage the countries of the world to have an “all of the above” approach to weapons procurement, including nukes?

No offense, but you’re more or less a lame duck with regard to legislation. You don’t seem that interested in foreign policy and admit that your two major current projects — negotiations with Iran and the Palestinian-Israeli talks– only have a 50% chance of success. You have really only one area left in which to enter the history books for your second term achievements. And that is the environment and climate change. If you approve Keystone XL and become an enabler of tar sands, you will not only lose that opportunity, you will be remembered as a second Nero, who fiddled while Rome burned.