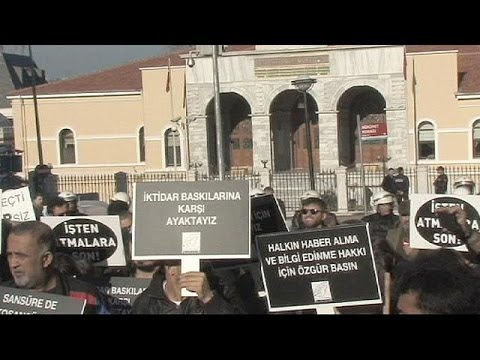 Turkish President Abdullah Gul has lost tens of thousands of Twitter followers after signing into force a controversial law voted in by parliament that would tighten controls over web use. Gul, a frequent user of social media, lost almost 80,000 followers…

Euronews: “In Turkey, around 200 journalists protested against censorship and government pressure on the media. Many referred to the ruling party when they chanted “AK Party get your hands off the media.”

Last week, recordings were leaked on the Internet purportedly of Turkish TV executives manipulating an opinion poll and sacking reporters under government pressure.

Journalist Hilmi Hacaloğlu explained: “The government is trying to control the media by using the bosses or the journalists close to them….