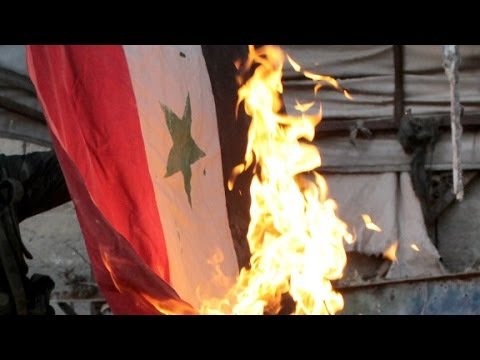 When it comes to news reports on Christians in Syria, the general focus is on the concerns Christian civilians have about their future, if any, in the country. Though such anxieties are not invalid, reports rarely break new ground. Here I intend to explore how Christians play a role on the ground in the civil war, both on the political and military level.

Christians in Syria fall under a number of different sects, including Antiochian Greek Orthodox, Melkite Greek Catholic (which split from the Antiochian Greek Orthodox in the 18th century and aligned with Rome), Syriac Orthodox, Assyrian Church of the East, Armenian churches, Maronites and Chaldeans. To a degree, sect affiliation corresponds with geography, with more Melkites and Greek Orthodox found in western Syria, particularly the major urban centers like Damascus. Though many Syriac Orthodox are also found in the western urban areas, Christians from the Syriac and Assyrian denominations have been the primary Christian demographic in the east of Syria.

Sect affiliation also has implications for ethnic identity, which has been a hot topic for contention among the region’s Christians more generally. The main competing terms are Arab, Syriac, Aramean, and Assyrian (and of course, Armenian naturally comes among the Armenian Christians). The Arab identity tends to prevail particularly amongst the Melkites and Antiochian Greek Orthodox, for whom Arabic plays a fundamental role as a liturgical language.

Given the Assad regime’s own emphasis on Arab identity in line with the Ba’athist ideology, it follows that there is some affiliation with the regime on an ideological foundation. Note, for example, my prior overview here of statements by the Melkite Patriarch Gregory III Laham, who in aligning with the regime has placed emphasis on traditional pan-Arab causes such as the Palestinian issue.

Another important figure in this context to bear in mind is Mother Agnes Mariam, a Melkite nun of Palestinian origin espousing similar politics and conception of identity to those of Gregory III Laham. Though Jonathan Steele and others may claim that she is a mere figure for reconciliation among Syrians, it is quite apparent that she is with the regime. Besides considering the article linked to over her name, it should be noted that Mother Agnes maintains close ties with regime and regime-linked figures, and her apparent reconciliation efforts are merely designed to give the regime a face of legitimacy.

On the ground, Melkites and Antiochian Greek Orthodox are particularly concentrated in the Wadi al-Nasara (“Valley of Christians”) area of rural west Homs governorate, in proximity to jihadi groups such as Jamaat Jund ash-Sham: a battalion founded by Lebanese muhajireen that subscribes to the same ideology as that of the Islamic State of Iraq and ash-Sham (ISIS), which as regards Christians would mean subjugation to second-class status as dhimmis-paying an extortionist jizya tax- or conversion or death. Unsurprisingly, pro-regime Christian circles in Wadi al-Nasara have not failed to notice the presence of Jamaat Jund ash-Sham.

In addition to forming local defense militias first through the Popular Committees and now the National Defense Force (NDF), Christians in Wadi al-Nasara have been drafted into the Syrian armed forces with little resistance. Similar phenomena have been observed as regards the enlistment and martyrdoms of Suwayda and Jabal al-Sheikh-based Druze. In short, Wadi al-Nasara remains a staunchly Assad loyalist area.

This is not to deny that there are Christians who have joined the rebel ranks in western Syria, but as with the Druze, the same rule applies: of those who have taken up arms, the majority have done so on the side of the regime.

Out towards the east of Syria (mostly Hasakah province in the north-east, which has absorbed many internally displaced Christians from Deir az-Zor governorate), the situation is somewhat more complicated, as there is much less propensity to identifying as Arab. Traditionally, Christians in Syria who have not identified as Arabs have had problems with the Ba’athist regime’s lack of acceptance of open expression of non-Arab identity.

The primary competing identities in the east of Syria are Syriac, Aramean and Assyrian, with the common element being the primacy of the use of Syriac in liturgy. There are also some political organizations representing these identity interests, such as the Assyrian Democratic Organization (ADO) and the Syriac Union Party (SUP).

An additional bolster to the non-Arab identity is the use of the Eastern neo-Aramaic language Turoyo. Observers will have noted the use of Western neo-Aramaic (the nearest relative of the language of Jesus) in the village of Maaloula in Damascus province, but this phenomenon was in fact co-opted by the Assad regime to promote the Arabist narrative.

However, like the inhabitants of Wadi al-Nasara, the Christians in Hasakah province must face the reality that the rebels leading offensives on regime and Kurdish-held territory in the province are primarily of jihadi orientation. The most notable of the groups in operation is ISIS, which has recently consolidated its hold in most rebel-held territory in Hasaah province, having subjugated its two main rivals- Jabhat al-Nusra and Ahrar ash-Sham- in the north and central areas with nominal pledges of bay’ah to ISIS, besides seizing the southern border locality of al-Markadah from these two groups.

<> Keep reading this essay at Syria Comment , from which it is mirrored here.