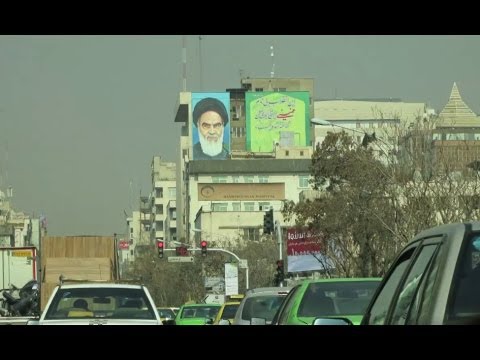 40 Republican senators are making a last-minute push to bring further Iran sanctions up for a vote despite the opposition of senate majority leader Harry Reid. Some 59 senators signed on to a plan to increase sanctions during President Obama’s negotiations with Iran, which Iranian leaders have argued could derail the talks. Among the steps these Republicans favor is reversing the minor easing of sanctions implemented by Obama as a quid pro quo to Iran for steps it has taken to make its nuclear enrichment program more transparent and less amenable to weaponization (Iran says the program is purely for civilian purposes).

It is absolutely outrageous and very rare that Congress would interfere in diplomatic negotiations of the president. They let Bush go around invading countries but won’t let Obama try to forestall a war.

The GOP is acting for its own reasons, since it wants to take the senate in the fall and thinks making vulnerable Democrats explicitly vote against further Iran sanctions will hurt them with the public. But the further sanctions have been pushed by the American Israel Public Affairs Committee, other Israel lobbies, and the far right wing Israeli government of Binjamin Netanyahu, and some of the impetus for further pushing them likely is coming from AIPAC donors (who skew much further to the right than the mainstream of the American Jewish community– which after all contains many peace activists).

But the GOP and AIPAC are playing with fire, and it is the American people who will get the third degree burns if they succeed. Here’s why:

1. If the new sanctions derail the negotiations of new President Hasan Rouhani with the permanent members of the UN Security Council plus Germany, Rouhani’s enemies among the hard liners will be strengthened.

4. Hawks (i.e. war criminals) in the US have used the pretext of lack of transparency in foreign countries’ research projects to foment war (as happened most notoriously in Iraq).

5. The current US sanctions and financial blockade on Iranian oil sales are so severe that they have raised tensions with Iran to a new level of intensity, and could lead to hostilities very easily.

6. If the Iranian enrichment program cannot be made transparent through negotiations, pressure will build on US administrations to bomb the facilities at Natanz.

7. Such an attack could well spiral into all-out war.

8. Iran is three times more populous than Iraq was when the US invaded it in 2003. It is also geographically three times Iraq’s size (it is the size of continental Western Europe– i.e. Germany, France and Spain combined). Gen. Shinseki estimated that based on the Balkans experience the US would have needed 800,000 troops in Iraq to pacify it post-invasion. He was proved right (US viceroy in Iraq Paul Bremer admitted that there were never enough US troops on the ground there). This estimate suggests that the US would need 2.4 million troops on the ground in Iran (hint: it does not have them).

9. If we figure in the cost over their lifetimes of caring for the some 30,000 Iraq War veterans who were injured badly enough to go to hospital, the true cost of the Iraq War is at least $3 trillion. The US is currently $16 trillion in debt, about the amount of its annual gross domestic product, which is a very dangerous economic posture that has led to its credit rating being cut. Iran could be three times as costly as Iraq, given the demographic and territorial considerations, and therefore could cost $9 trillion. That kind of debt burden (the money would have to be borrowed) would certainly bankrupt the country, causing the cost of borrowing money for small businesses to skyrocket and leading to a Great Depression.

10. A US war on Iran would not remain contained. Shiite militias in Iraq would be mobilized against US targets in the region. The US embassy in Baghdad with thousands of US personnel is vulnerable (Iraq’s largely Shiite army is protecting it at the moment). US bases in Kuwait and Bahrain are vulnerable. US economic and other assets in Lebanon are vulnerable. The remaining contingent of US troops in Afghanistan could also be targeted by Iran clients in that country, who at the moment support NATO against the Taliban. If Benghazi roiled US politics, imagine it multiplied many times over.

Of course the hawks (i.e. war criminals waiting to happen) might profit from such a conflagration. But it will be working Americans and small businesspeople who will pay the price of a consequent economic meltdown that will make 2008 look like a cakewalk.

PBS NewsHour on effects of sanctions on Iran