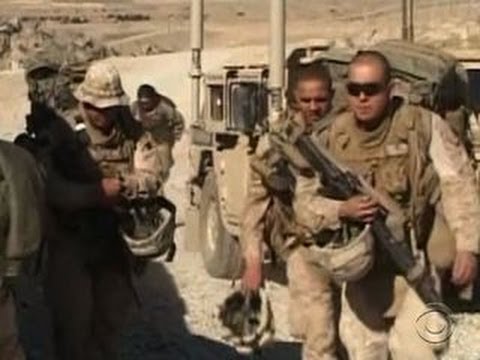 America’s longest war may be over by the end of this year, and it is making Afghans and neighbors like Pakistan nervous.

On Tuesday President Obama called Afghan president Hamid Karzai for the first time since last summer, saying that since Karzai had declined to sign a Bilateral Security Agreement, he had no choice but to begin a complete US military withdrawal. Getting 33,000 American troops and all their military equipment out of the country will take many months. Without a BSA, US troops who engaged in firefights in Afghanistan could be at risk from legal action. The US military will have no choice but to leave abruptly if the agreement is not signed by December. Since it might have to decamp, it has to start the process of complete withdrawal now.

The possibility of a “zero option” or complete US withdrawal can no longer be entirely ruled out.

Karzai is a very lame duck and presidential elections are scheduled for April. There may be a run-off election, however, so that he may not have a successor until June. (One of the major candidates is his brother). If the US is to be out by Dec. 31, the withdrawal will have to be at an advanced stage by June. So President Obama has no choice but to behave as if there will not be a BSA. Keeping on 5,000 troops and some equipment at a handful of small bases will not be difficult if Karzai’s successor decides to sign the SOFA. There is also some question in Afghanistan as to whether the parliament needs also to approve such a treaty. It is not clear whether parliament would vote positively on this issue.

The White House issued this description of the conversation:

“With regard to the Bilateral Security Agreement, in advance of the NATO Defense Ministerial, President Obama told President Karzai that because he has demonstrated that it is unlikely that he will sign the BSA, the United States is moving forward with additional contingency planning. Specifically, President Obama has asked the Pentagon to ensure that it has adequate plans in place to accomplish an orderly withdrawal by the end of the year should the United States not keep any troops in Afghanistan after 2014. At the same time, should we have a BSA and a willing and committed partner in the Afghan government, a limited post-2014 mission focused on training, advising, and assisting Afghan forces and going after the remnants of core Al Qaeda could be in the interests of the United States and Afghanistan. Therefore, we will leave open the possibility of concluding a BSA with Afghanistan later this year. However, the longer we go without a BSA, the more challenging it will be to plan and execute any U.S. mission. Furthermore, the longer we go without a BSA, the more likely it will be that any post-2014 U.S. mission will be smaller in scale and ambition.”

High Pakistani officials say they are alarmed that the Kabul government and military is not up to confronting the Taliban and other insurgents by itself. The Afghanistan National Army will likely need US air support for many years to come.

Just this weekend, nearly two dozen Afghanistan troops were ambushed by the Taliban and killed in one province, which sent a shiver through Afghanistan.

The Taliban attacked an Afghan military base this past weekend and killed 21 soldiers. . Some Afghans are blaming Karzai for being weak and for not resorting to US close air support. Karzai seems to be seeking a negotiated settlement with the Taliban after the US leaves.

BBC Monitoring translates this para. from the Afghanistan press:

Sarnawesht … : “A question has arisen after the killing of the National Army soldiers in Konar Province, how this incident took place?… Now it is clear that the Afghan National Army have called in the US air support, but the foreign troops did not provide them with [air] support because President Karzai ordered the Afghan forces that they cannot ask the foreign troops for help. If the decree and order of the president is of importance for the US forces, then why did they carry out attack on Ghorband and killed civilians? Why did they kill children in Helmand Province? It is a matter of concern that the US forces do not provide support when they are asked for help and when it is needed, but they carry out attack and kill innocent civilians when they are not needed and when they are not asked for help. Their [US forces] behaviour implies that they are not engaged in war against the [armed] opponents, but against the Afghan people.”