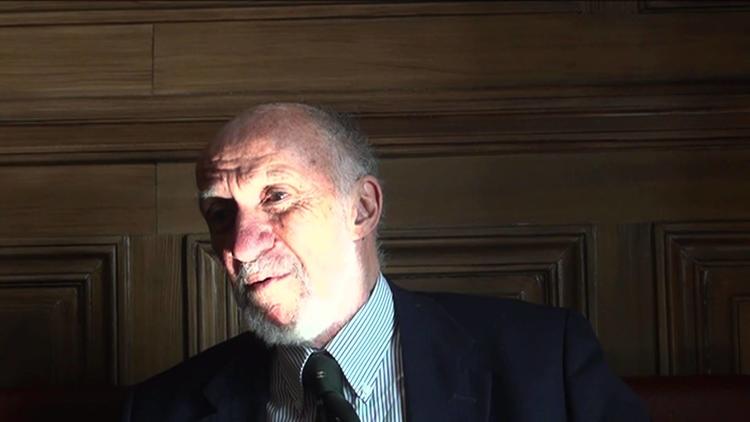 “Every increment of enlarging the settlements or every incident of house demolition is a way of worsening the situation confronting the Palestinian people and reducing what prospects they might have as the outcome of supposed peace negotiations,” he added. Falk is an American who is Jewish, is an international law expert and Professor Emeritus at Princeton University in the US.

According to Falk, more than 11,000 Palestinians had lost their right to live in Jerusalem since 1966 due to Israel imposing residence laws favoring Jews. At the same time, the Israeli government was revoking Palestinian residence permits. “The 11,000 is just the tip of the iceberg,” he said, “because many more are faced with possible challenges to their residence rights.”

Falk’s comments lend support to similar statements done in the past regarding Israeli actions towards the Palestinians. In 2006, Ilan Pappé, an Israeli historian and social activist who is a professor with the College of Social Sciences and International Studies at the University of Exeter in the United Kingdom, wrote a book called “The Ethnic Cleansing of Palestine.”

In that book, Pappé states that the 1948 Palestinian exodus was a planned cleansing of Palestine that was carried out by the Zionist movement leaders, mainly David Ben-Gurion and his associates. The process was carried out through the systematic expulsion of Arabs from about 500 villages, complemented by terrorist attacks executed mainly by members of the Irgun and the Haganah troops acting against the civilian population.

Pappé based his assumptions on the Plan Dalet and on village files as a proof of the planned expulsions. Although the purpose of the plan has been amply debated, it seems that the plan was a set of guidelines whose purpose was to take control of the territory of the Jewish state and to defend its borders and its people, including the Jewish population outside its borders as a precaution against an expected invasion by Arab armies.

Predictably, the book caused an uproar. Benny Morris, an Israeli professor of History in the Middle East Studies department of Ben-Gurion University of the Negev, wrote, “At best, Ilan Pappé must be one of the world’s sloppiest historians: at worst, one of the most dishonest. In truth, he probably merits a place somewhere between the two.”

Morris himself stated, however, “In retrospect, it is clear that what occurred in 1948 in Palestine was a variety of ethnic cleansing of Arab areas by Jews. It is impossible to say how many of the 700,000 or so Palestinians who became refugees in 1948 were physically expelled, as distinct from simply fleeing a combat zone.”

Not everybody was equally critical of Pappé, though. Stephen Howe, professor of the history of colonialism at Bristol University, said that Pappé’s book was an often compelling mixture of historical argument and politico-moral tract. According to Howe, although Pappé’s book might not be the last word on the events of 1948, it still is “a major intervention in an argument that will, and must, continue.”

And it does continue. In November 2013, more than 50 public figures in Britain wrote a letter opposing an Israeli plan to forcibly remove up to 70,000 Palestinian Bedouins from their historic desert land –an act that critics considered ethnic cleansing. The eviction and destruction of approximately 35 villages in the Negev desert, claims the letter, “will mean the forced displacement of Palestinians from their homes and land, and systematic discrimination and separation.”

Writing in Save Canada Post in 2010, Suzanne Weiss, a Holocaust survivor stated, “I am a survivor of the Jewish Holocaust, the Nazis' mass murder of Europe's Jews. The tragic experience of my family and community under Hitler makes me alert to the suffering of other peoples denied their human rights today — including the Palestinians. True, Hitler's Holocaust was unique. The Palestinians are victims of ethnic cleansing and apartheid. Hitler started with that, but went on to extermination. In my family's city in Poland, Piotrkow, 99 per cent of the Jews perished. Yet for me, the Israeli government's actions toward the Palestinians awaken horrific memories of my family's experiences under Hitlerism: the inhuman walls, the checkpoints, the daily humiliations, killings, diseases, the systematic deprivation. There's no escaping the fact that Israel has occupied the entire country of Palestine, and taken most of the land, while the Palestinians have been expelled, walled off, and deprived of human rights and human dignity.” . . .