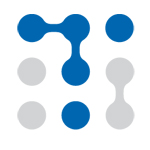 CIA: We Only Spied On Senate Intelligence Committee Because They Took Classified Documents That Prove We’re Liars (via Techdirt)

Earlier this week, we wrote about the accusations that the CIA was spying on Senate staffers on the Senate Intelligence Committee as they were working on a massive $40 million 6,300 pages report condemning the CIA’s torture program. The DOJ is apparently…