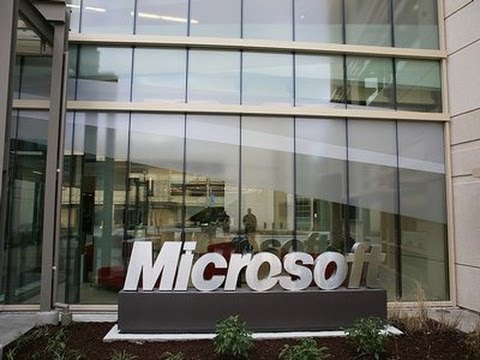 Here on our whimsical island off the coast of the Eastern Seaboard, we have a company called Manhattan Mini Storage that is as famous for the semi-snarky wit of its billboards and subway posters as it is for the spaces it rents to we New Yorkers who live in apartments so small the mice are stoop-shouldered.

The sacrifice we make for living here is that we have no room for all our stuff; this storage facility exists to bridge the gap by renting out the urban equivalent of an attic or cellar where we can stash our junk until our next move, new relationship or death.

Some of its advertising addresses this problem directly — “Your closet’s tinier than a runway model’s lunch,” one read a couple of years ago; “When he’s a keeper but his stuff isn’t,” was another favorite. Yet most of the notoriety the firm’s ads have achieved has little to do with their product and much to do with pride of place and politics.

“NYC: Tolerant of your beliefs, judgmental of your shoes,” is a New York state of mind that even those of us who favor sneakers and loafers over Louboutins can get behind. Others are more candidate-specific. “Rick Perry: The voice in your head is not God,” said what a lot of us were thinking and, “If Mitt had storage, he’d be able to find his tax returns,” actually does manage to deftly combine product placement with a point of view.

But their current ad really catches the eye:

“The French aristocracy never saw it coming either.”

“It,” of course, is a revolt of the 99 percent, the thought of which seems to have elements of the one percent so freaked out they can barely choke down their Salon Blanc de Blanc. But apparently, whenever the American elite contemplate the possibility of open rebellion against income inequality it’s not peasants storming the Bastille at the start of the French Revolution that they see — it’s Nazis jackbooting into mansions and searching the premises for yacht owners.

How else to explain venture capitalist Tom Perkins’s infamous comparison of what he called “progressive war” to Kristallnacht? And now we have Home Depot tycoon Ken Langone telling Politico.com that as far as populist sentiment goes, “I hope it’s not working, because if you go back to 1933, with different words, this is what Hitler was saying in Germany. You don’t survive as a society if you encourage and thrive on envy or jealousy.”

Langone subsequently has apologized — sort of. So did Perkins — sort of. But the foul deed is done, the smear is smeared and it won’t be the last time this particular straw dog barks. Because a lot of the time, it works.

Nor will this envy and jealousy meme disappear any time soon because it, too, seems to have captured the imagination of the plutocracy. “It’s safe to conclude that a national shift toward envy would be toxic for American culture,” Arthur C. Brooks, president of the conservative American Enterprise Institute wrote in the March 2 edition of The New York Times.

Indeed such envy might do just that, but beyond Internet trolls and covetous cranks, where is it? As the headline of Jonathan Chait’s recent story in New York magazine notes, vast public envy is an “imaginary epidemic.” The closest we have come politically, he writes, “was a brief upsurge in populist anger for a short period of 2009, following news reports of bonuses handed out to employees at bailout recipient AIG.

The House of Representatives (by a vote of 328 to 93) passed a 90-percent tax on those bonuses. But the Obama administration opposed the bill, the Senate forgot about it, and the moment passed. It’s notable that even this small, ultimately ineffectual moment did not rise from any generalized spate of envy but specific resentment against the use of tax dollars to reward failure.

What’s handy about making accusations of envy or jealously is that it doesn’t have to reflect badly on you, the accuser. Hey, it can’t be helped if people are resentful — your success is your own and why should there be apologies for making something of yourself? Thus, victimhood becomes the whine du jour of the superrich — it goes well with everything.

“The politics of envy are the wrong politics in America,” Wall Street shill and former Treasury Secretary Larry Summers proclaimed to Politico. “The better politics are the politics of inclusion where everyone shares in economic growth.”

There it is — the sound of the other shoe dropping. Because the second half of the argument goes that instead of being jealous, we all should be working in harmony together to create jobs and opportunity. Problem is, the deeply rich talk about building the economy but do almost nothing about it. There’s a lot of take and a lot of keep, but not much giving back.

Open the Books, a new nonprofit working for greater transparency in government spending, reports that between 2000 and 2012, Fortune magazine’s top 100 companies received $1.2 trillion from the feds. And, Aaron Cantú writes at Alternet.org, “That doesn’t include all the billions of dollars doled out to housing, auto and banking enterprises in 2008-2009, nor does it include ethanol subsidies to agribusiness or tax breaks for wind turbine makers.”

Investigative journalist David Cay Johnston reports big business hoarding money as if they were hiding cash in a mattress: “Uncle Sam spent $3.5 trillion in fiscal 2013. Corporations hold liquid assets equal to all the money the federal government spent that year plus 2012 and three months of 2011.

The total corporate cash reserve… amounts to almost $25,000 per American, up from $13,000 per American in 1994 (again after adjusting for inflation). And this cash is highly concentrated, most of it held by the 2,800 biggest companies, IRS data shows.

Since 1994, liquid assets have grown at about six times sales, my analysis of the official data shows. When liquid assets grow six times faster than revenues, it tells you that companies are hoarding cash, not investing or spending.

Richard Rubin at Bloomberg News recently found that, “The largest US-based companies added $206 billion to their stockpiles of offshore profits last year, parking earnings in low-tax countries until Congress gives them a reason not to. The multinational companies have accumulated $1.95 trillion outside the US, up 11.8 percent from a year earlier.”

Alan Pyke at the website ThinkProgress adds, “While precise estimates of lost revenue are difficult to make, previous inquiries into profit offshoring found that it cost the US between $30 billion and $90 billion each year during the early and middle 2000s, when the pile of untaxed corporate profits was much smaller.

States and localities also lose out on tens of billions of dollars in tax revenue each year to similar offshoring strategies. A recent study found that by closing just one small loophole in state business tax laws, states could bring in a billion dollars in new revenue almost overnight.

Think of the highways, bridges and housing that money could build or repair, and the jobs that could be created, the teachers and tuitions it could provide, the mouths it could feed. Then throw in corporate malfeasance without punishment, gross mismanagement and exorbitant executive salaries — for example, Henrique de Castro, the failed #2 at Yahoo, who’s getting $109 million for his 15 disastrous months there, or about $244,000 per day (h/t to R.J. Eskow).

Anger about these salient facts is simply common sense. And income inequality is all too real. But we’re not jealous or anti-money. As Mark Twain wrote, “I am opposed to millionaires, but it would be dangerous to offer me the position.”

So try to change your tune, plutocrats. Contrary to your fantasies, we are plagued by reality, not envy. Unless you live here in Manhattan and have a lot of closet space. Then we need to talk.

Thom Hartmann: “How Multinational Corporations are Gaming the American System”