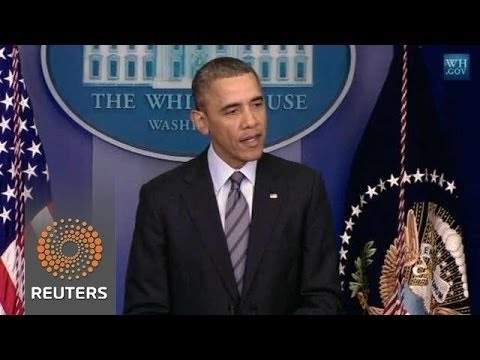 Russia has arranged for its supporters in the Crimean state parliament to vote to secede from Ukraine and join Russia, and has announced that there will be a popular referendum on the issue in the semi-autonomous province, which has been part of Ukraine since the 1950s and went with Ukraine when that former soviet socialist republic became an independent country in 1991.

It is not clear if Russia’s supporters in Crimea are serious about this accession to Russia or if they are just playing a bargaining chip intended to wring long term concessions from the interim Ukrainian government, such as a permanent lease of naval facilities in Crimea to the Russian navy.

While a Crimean secession from Ukraine is unwise and will cause a lot of trouble, it isn’t unprecedented in the last few decades and the US and the West have supported some secessions or country break-ups when they suited their interests, while opposing others.

The US supported the secession of Kosovo from Serbia in the late 1990s (both had been part of the Yugoslav federation in the Cold War, but it fell apart in the 1990s; Serbia’s claims on parts of Bosnia and on all of Kosovo as the main Yugoslav successor state were rejected by the US, which helped Bosnia and Kosovo secede.)

Slovakia seceded from Czechoslovakia in 1993, although that was a more amicable split than the Kosovo secession or the Crimean one, if it happens. Still, Slovaks voted to secede, and no one stood in their way.

The US was positively delirious about the break-up of Sudan and the creation of South Sudan 2011. (Forces in the US congress see the break-up and weakening of Arab Muslim states as a good thing). The wisdom of that secession is questionable, since South Sudan has promptly become a failed state and is now having a civil war. The violence down there was always blamed on Khartoum, but apparently there are social formations and economic conditions in the south that just aren’t conducive to order.

While the US was ruling Iraq, Joe Biden and other US politicians tried to break it up into a Kurdish, Sunni and Shiite state. No one said that a Kurdish secession would be contrary to international law.

Jane Harman when in Congress proposed breaking up Iran into ethnically based provinces. She left that body over a scandal involving Israeli intelligence.

Lots of Irish-Americans would be perfectly happy to see Northern Ireland secede from the United Kingdom and join Ireland. Boston donated money for terrorist actions against London in the 1980s in hopes of making that happen. Rep. Peter King (R-NY) was at that time an open supporter of IRA violence. Official US policy was more even-handed. (I’m not taking a position on N. Ireland; just sayin’). In 1998 George Mitchell negotiated a settlement between the UK and Ireland on Northern Ireland, which recognized Ireland’s legitimate interests in the north.

Mitchell’s careful agreement, in fact, would be a good model for keeping Crimea in Ukraine while recognizing Russian interests there.

But those pundits (and President Obama himself) who are suggesting that a Crimean secession from Ukraine would be contrary to international law or unprecedented, or that the US would always oppose such a thing, haven’t been paying attention. The US position on secessions depends on whether Washington likes the country affected. And Washington itself toyed with partitioning Iraq while it was a colonial possession.