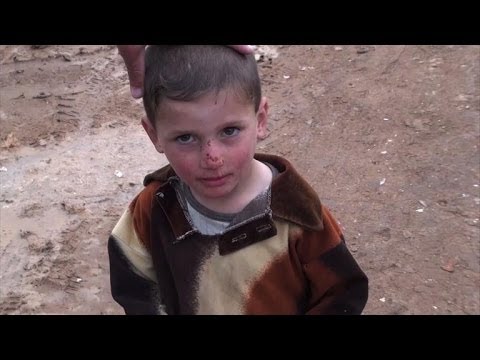 This week marks the third anniversary of the Syrian civil war. Fragile peace talks aimed at finally bringing the war to an end sputter on in Geneva. Report after report has been published documenting the extent and sheer brutality of the violence in Syria. Conference after conference has been held to discuss what can – and should – be done by the international community to bring this protracted war to an end. But day after day the conflict and the suffering continue.

Ending the war is one goal. But in a world where societies increasingly expect that perpetrators of atrocities will be held accountable, is it possible for international criminal justice to be achieved in Syria? If so, what is the best way forward?

It should be noted from the outset that Syria is not a member-state of the International Criminal Court (ICC). As a result, the ICC would require a United Nations Security Council referral of the situation in Syria to the Court – as the Security Council previously did in the case of Libya and Darfur. And this is where the problems begin: will Security Council states agree to refer Syria to the ICC?

To date, the debate on justice in Syria has unfortunately suffered from a rigid, all-or-nothing approach. Either perfect justice must be achieved or no justice should be pursued; either the international community gets the ICC involved via a UN Security Council referral that funds the Court’s work and protects it from political manipulation or… well, nothing. As a result, attempts to elaborate how to achieve justice in Syria have marginalized (if not entirely ignored) middle-ground options on the basis that they aren’t perfect or exactly what should happen in an ideal world. The perfect solution has become the enemy of any solution.

But there are middle-ground solutions and these deserve more attention than they’ve received. Key actors involved in the conflict should weigh the costs and benefits of each. Here are three worth talking about.

A conditional (or ‘ticking-time’) referral would entail a legal guarantee from the Security Council that it would refer the situation in Syria by a specific, future date. The parties to the conflict would then have a clear timeline for when they needed to end hostilities and cease the commission of atrocity crimes. If they did not, the Security Council would be legally ‘locked-in’ to issuing a referral of the situation to the ICC.

There are some problems with this proposition, especially in that it risks placing the ICC at the whim of the Security Council member-states, politicizing the Court’s mandate. As a result, it could severely undermine the independence and legitimacy of the Court. For many, it has consequently raised an uncomfortable question: is the pursuit of justice in any one context worth undermining the Court’s long-term viability?

The concept of a referral-deferral hasn’t received much attention. It is an interesting proposition that was first proposed to me by Jason Ralph, who has written extensively on the legitimacy costs of UN Security Council deferrals. Under Article 16 of the Rome Statute of the International Criminal Court, the Security Council can defer any ICC investigation or prosecution for 12 months (renewable yearly) if that investigation or prosecution is deemed to pose a threat to international peace and security.

The referral-deferral proposal is, in essence, an adaptation of a conditional referral. The Security Council would pass a resolution referring the situation in Syria to the ICC. It would then immediately pass a resolution stopping any ICC investigation and prosecution in Syria for a period of 12 months by invoking Article 16. The belligerents in Syria would thus have one year to the resolve the war or to demonstrate that they were on a viable path to doing so and thus deserved a second 12-month deferral. Importantly, a referral-deferral might provide an incentive for the parties to negotiate an approach to post-conflict accountability that would satisfy the Court’s complementarity regime and therefore make any subsequent ICC role in the country potentially unnecessary.

There are those who believe that a deferral under Article 16 is anathema to the ICC. But a referral-deferral does have certain advantages. Unlike a conditional referral of Syria to the ICC, a referral-deferral would put the onus and responsibility for matters of justice and accountability on the Security Council member-states rather than the ICC.

The idea of an ad hoc tribunal gained traction after a number of high-profile academics and practitioners released a draft statute of a tribunal aimed at preventing Syria becoming a post-conflict “basket case”. There have been important voices, like Dov Jacobs, which have expressed disappointment with the effort. But the idea deserves more attention.

For some reason the notion of an ad-hoc tribunal for Syria has been treated as an affront and an attack on the ICC. Some suggest that it simply can’t deliver justice in Syria. For example, Richard Dicker, Human Rights Watch’s Director of International Justice and Human Rights, recently told US lawmakers that “the solution most likely to provide justice is not a stand-alone ad hoc tribunal for Syria.”

It isn’t entirely clear why an ad hoc tribunal would be an offence to the Court or constitute a denial of justice to Syrians. There is no inherent need for the Court to be the only show in town. In fact, there is a good argument to suggest that an ad hoc tribunal would actually protect the Court from undue politicization. Not all international jurists are convinced that a referral of Syria to the ICC would be a good thing for the Court. There is an ever-present risk that a referral would be tailored to suit the political interests of certain members of the Security Council. Moreover, with all of the current controversies swirling around the ICC, is it really in its interests to become embroiled in the political machinations of the single most controversial conflict in the world?

At the same time, an ad hoc tribunal may be a more realistic option than any Security Council referral. Notably, Russian Foreign Minister Sergei Lavrov has seemed amenable to the idea of such a tribunal, although he added that it would have to wait for an end to fighting.

The fact that both sides of the conflict are alleged to have committed serious crimes has acted as the primary barrier to any ICC referral. With the lessons of Libya in mind, Russia is weary of the Court being used solely against the Assad regime. The UK, France and the US are undoubtedly concerned that the Court would investigate the ‘guys in their corner’ – the Syrian rebels. In its cases to date, the Court has been reluctant to prosecute both sides of a conflict, at least at the same time. In Syria it would be under immense pressure to do so – and to do so quickly.

Changing the Parameters of the Debate

None of the above options are perfect. All have downsides. But they need to be debated more honestly and vociferously. Whatever justice is delivered or achieved in Syria won’t be perfect — because it can’t be perfect. But debating all of the options on the table can at least help to determine the precise costs and benefits of each. It is at least arguable that the least-worst option is better than nothing. As of right now, the people of Syria continue to wait and suffer as the rest of the world debates how to achieve the impossible.

A version of this post was originally posted at Justice in Conflict.

Mark Kersten is a PhD Candidate at the Department of International Relations at LSE. His work focuses on the nexus of international criminal justice and conflict resolution. It specifically examines the effects of the International Criminal Court on peace processes and negotiations in northern Uganda and Libya. Mark tweets at @MarkKersten.