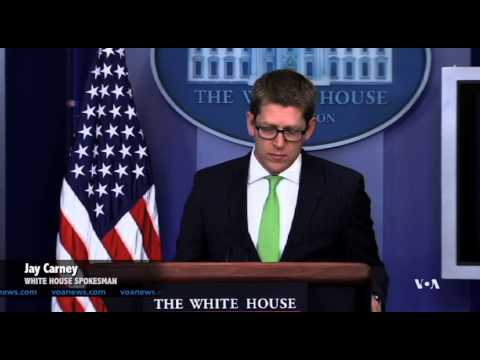 Right wing Israeli officials over the weekend expressed rage at US Secretary of State John Kerry for saying that Prime Minister Binyamin Netanyahu should “drop” his demand that the Palestinians recognize Israel as a Jewish state.

Israel Ha-Yom reported, ‘Deputy Education Minister Avi Wortzman (Habayit Hayehudi) said: “At a time when the citizens of the State of Israel are being attacked by rockets, I would expect Kerry to be making clear statements against terror organizations instead of disputing the basic rights of the Jewish nation to its land.” ‘

As an outsider, that just sounds like a series of non sequiturs to me. What have the security problems Israel has with Gaza got to do with recognizing Israel as a “Jewish” state? How would those security problems be different if Mahmoud Abbas, the president of Palestine who however has no authority over Gaza, said the magic words? (Abbas condemned the rocket attacks from Gaza on Israel, by the way). How do citizens of Israel have more or less rights to the land they live on if outsiders are made to characterize Israel as a “Jewish state”?

Actually, it isn’t clear what exactly Netanyahu’s demand entails or why he is making it. As I have pointed out, it is either like the US demanding to be recognized as a “white” state, or it is like the US demanding to be recognized as a “Christian” state. If it is the former, it is shameful and should be rejected. If it is the latter, it raises questions about the civil rights of non-believers (atheists and agnostics), which include at least 32% of Jews in Israel along with the 20% of the population that is Christian or Muslim. That is, the demand that Israel be recognized as a “Judaic” state would disenfranchise over half the population.

I know that the late Ariel Sharon used to complain, in biblical language, that the “Arabs” did not recognize the “Jewish birthright” to the land of Israel. I wonder if that is what Netanyahu is talking about with his formulation. If it is theological, it is certainly unreasonable to demand that outsiders assent to the formula.

As I have said before, I have a dark suspicion that the demand for recognition of the Jewishness of Israel is a prelude to Avigdor Lieberman’s plan of making the 1.7 million Palestinian-Israelis stateless. If so, that is a crime and no one should assent to it.

In any case, last week, both the Arab League and Palestine President Mahmoud Abbas rejected Netanyahu’s diction. It is a red line for them. Insisting on it will mean no agreement. If Netanyahu is insisting on it to forestall an agreement, he will succeed; but that will be a major failure.

In an important speech carried in Arabic by WAFA on March 12, Mahmoud Abbas explained that his commitment to the negotiations was time-bound, for a nine-month period, while Kerry tried to hammer out an agreement, especially on security and borders. Quotes below are from a USG translation carried by BBC Monitoring.

Abbas said that there was another negotiating track, completely distinct from the first, having to do with the Palestinian request that Israel release 104 prisoners in 4 groups. These prisoners had been arrested before 1993, i.e. before the Oslo Peace Accord. Basically he was pledging, he said, to forgo any resort to the International Criminal Court as a newly minted non-member observer state at the United Nations, for nine months if Israel would release these prisoners. This second track had, he said, nothing whatsoever to do with the first. That is, Israel was just buying time for its illegal settlement of Occupied Palestinian land by releasing the prisoners.

[Juan says: This element of the Palestinian strategy seems to me bizarre. Why give up everything gained at the UN for the sake of a small prisoner release program (Israel has thousands of Palestinians locked up and even arrests a lot of children)? In any case, that grace period of 9 months expires with the release of the last group of 25 or so prisoners in late March.]

Abbas laid out the Palestinian position on the first track, the borders and security negotiations:

1. East Jerusalem must be the capital of Palestine

2. Israelis must completely withdraw from the West Bank or from territories equivalent to the extent of the West Bank as it existed in 1967 (that is, the huge Israeli squatter settlement of Ariel can remain where it is, but Israel would have to relinquish some Israeli territory to make up for it). The agreement would specify the timeline for complete Israeli withdrawal from the territory allotted to Palestine.

a. Israel will have to compensate Palestinian refugees who remain in their place of exile for property usurped from them in 1948 or 1967.

b. Palestinians who want to move from where they are now (say Lebanon) to a third country (say Jordan) with the agreement of the two countries should have the right to do so, and will still be paid compensation by Israel. (That is, Israel could not use the emigration of a 1948 refugee family from their original site of exile to another place to deny them compensation).

c. Palestinian refugees in places like Lebanon or Egypt who want to return to the State of Palestine (i.e. the West Bank and Gaza) will be allowed to do so.

d. Palestinians expelled in 1948 from Israel should have the right of return to Israel. These too must be given compensation for their losses of property.

Moreover, the countries that hosted the Palestinian refugees after 1948 must be given compensation by Israel.

4. Abbas notes that during the past 3 years or so, the Israelis have begun demanding that the State of Palestine recognize the State of Israel as a Jewish state.” He wonders why he’s the only one of whom this demand is made. He said in the speech, “We said the following: We recognized the State of Israel in 1993 in the mutual recognition between President Arafat and the Israeli prime minister and no one asked us for anything else after that. Also, there were peace treaties with Egypt and Jordan and neither country was asked to give such recognition, so why do you ask us for this?”

“Yesterday [Mar. 11], the Arab League issued a series of decisions, the most important of which expressed its rejection of the Jewish state and said that East Jerusalem is the capital of the State of Palestine. In other words, the Arab League adopted our position. The Arab cover is very important to us. Without the Arab cover, we will be standing alone, but even if we were standing alone, we will not surrender.”

Mahmoud Abbas hints that the 9-month period of negotiations to which he committed is coming to a close. After that, he said, further decisions will have to be made in light of what has or hasn’t been achieved.

This speech may help explain why President Obama told PM Netanyahu that the US can’t protect Israel if there is no agreement. Mahmoud Abbas has not put going to the International Criminal Court off the agenda, he just postponed it for nine months. The nine months is expiring. If the Kerry negotiations crash and burn, pressure will build on Abbas and other Palestine officials to go to the ICC.

Israel’s flooding of its own population into occupied Palestinian territory is certainly illegal, by the Hague Convention of 1907 and by the Geneva Convention on the treatment of occupied populations of 1949. If the Palestinian case goes to the ICC, Israel will certainly lose. The US can’t veto an ICC decision. And an ICC verdict against Tel Aviv would certainly accelerate the demand for international economic sanctions on Israel.

I don’t expect the Likud government to sign an agreement with Mahmoud Abbas of the sort he envisions. Netanyahu might be willing to do a deal, but he is unlikely to be able to bring his coalition partners along with him.

Therefore, I expect pressure to build over the next couple of years for Abbas to go to the International Criminal Court over Israel’s accelerating program of squatting on Palestinian territory. And I expect Israel to lose at the ICC. Those who fear Israel is becoming a pariah state should pressure Netanyahu’s government to make an agreement. This time, a propaganda campaign is not going to sweep the dirt under the rug.