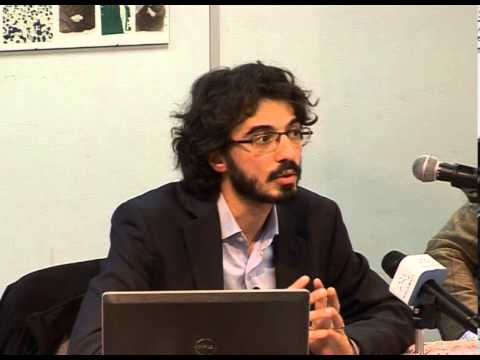 (By Mustafa Sadoun for Niqash, in Basra)

There are an estimated 1.5 million African Iraqis in Iraq today and with these coming elections, the group has not yet given up on the idea of representation in Parliament and recognition as a legitimate minority in the country.

That means we make up about 5 percent of the population, says Uday al-Sadoun, a member of the Movement of Free Iraqis, or Ansar Al Huriyah, a political party formed by African-Iraqi activist, Jalal Thiyab, who was assassinated last April. Thiyab was often referred to as “the Martin Luther King of Iraq”. Pictures of King and another hero for African Iraqis, Barack Obama, hang in the organisation’s offices.

Al-Sadoun says that while the organization is proceeding more cautiously and their work has slowed after Thiyab’s murder, they haven’t given up on their goals of political representation.

“Up until today we have not had a representative in the Iraqi Parliament,” al-Sadoun says. “None of us holds a high ranking government position and fair skinned Iraqis always refuse mixed marriages. Most of the black people in Iraq live in misery and poverty and this makes us want to stand up for our rights and to stand up against discrimination. But sometimes,” he laments, “it feels as though we will never be recognised.”

African Iraqis say they don’t mind being called “khal”, which means dark-skinned, but they object to the word “abed”, which means slave. Thiyab used to talk about banning the latter. Most African Iraqis live in the southern province of Basra; it is thought that many of them were originally brought there as slaves over a thousand years ago to help drain the marshes and build the city up. There are also other enclaves of African Iraqi around the country but these tend to be smaller than the population in Basra, where they mostly live in the Zubair area.

Despite their absence from Iraq’s political life, African Iraqis are certainly visible in the country’s cultural and social life. Examples include one of Iraq’s best known singers in the 1970s, Hussein al-Basri, and well known Iraqi football players Qusay Munir and Amjad Khalaf.

Not everyone agrees with opinions expressed by members of the Movement of Free Iraqis. MP Fatima al-Zarkani, a representative from Basra and member of the ruling State of Law coalition, says that black Iraqis are treated just like everyone else in Basra.

“They are our brothers and they’re treated as such,” she argues. “There’s no pressures put on them and nobody can harass them. Incidents of racist provocation are very rare and when they do happen, it is because of people who have attitudes that in no way reflect the general opinion of the Iraqi people.”

In fact, al-Zarkani believes that it is foreign elements who are making trouble and they are using African Iraqis to do so – although she did not name those elements. “They want to divide the people of Basra and create discrimination and conflict between different sectors of our society,” al-Zarkani suggests. “The black people of Basra have a special status. They’re a part of our society and we are part of theirs.”

Al-Zarkawi was not against seeing African Iraqis achieve political representation in Baghdad. But she felt that it shouldn’t be the product of any special voting or any form of affirmative action. “Such representation should be driven by the will of the people of Basra and not by any other parties,” al-Zarkawi stated.

“African Iraqis should have their own political representation,” says sociologist Saeed Karim. “Although I am not sure that there is very bad racism in Iraq – I think there are just some strange social practices that might make African Iraqis feel uncomfortable.” At the same time though, Karim says he thinks that the group has not been able to mobilize its voters very well or organize adequate political representation.

Riyad Jassim is a 27-year-old African Iraqi living in Baghdad and working mainly in arts and culture. He says he really hasn’t experienced a great deal of racially motivated harassment in the city. The thing that annoys him most is when others intentionally use words about the colour of his skin to upset him.

“And it’s important to raise awareness about this topic and to end talk like this,” Jassim says.

Jassim’s dream is to see an African Iraqi in politics one day. “That would end our feelings of marginalization,” he says. “Then we would feel more like everyone else in Iraq.”

The Struggle for Iraq’s Future by Zaid Al-Ali – CASS

On Friday 14th February 2014, the Centre for Academic Shi’a Studies (CASS) organised a seminar titled “The Struggle for Iraq’s Future” and delivered by Zaid Al-Ali.

Mr Al-Ali contends that the drafters of the 2005 constitution represented no more than 20% of the population, and that the system of government that they established is so extreme that it cannot be implemented, creating a void that the country has been struggling to fill. Nevertheless, after the reduction in violence in 2008, an opportunity was created by the Iraqi people themselves: in the 2009 and 2010 elections, voters lent their support to what they assumed were moderate voices who promised national unity and progress on services and corruption. The people’s trust was betrayed immediately by all segments of Iraq’s ruling elites who negotiated the formation of a new government on the basis of personal self-interest, patronage and deceit. As a consequence, from 2010 to 2014, close to no progress was made on legal and regulatory reform, service delivery barely improved, the natural environment deteriorated even further, and violence and sectarianism increased. The April 2014 parliamentary elections will not bring any important solutions to this problem, given that electoral rules are rigged in favor of the parties that are already in power.

Mr Al-Ali contends that the solution to these problems lies in establishing a road map for reform that should be imposed on the ruling parties by all the major components of civil society; the essential elements of such a road map already exist, as there is already widespread agreement amongst Iraqis as to what needs to change in their country. Mr Al-Ali will be setting out what the essential components of such a programme should be.

Zaid Al-Ali is senior advisor on constitution building for International IDEA, Cairo, and was legal advisor to the United Nations in Iraq from 2005 to 2009. He often serves as a commentator on Iraqi issues for BBC, Al-Jazeera, Channel 4 and the New York Times. He lives in Cairo, Egypt and regularly travels to Iraq.