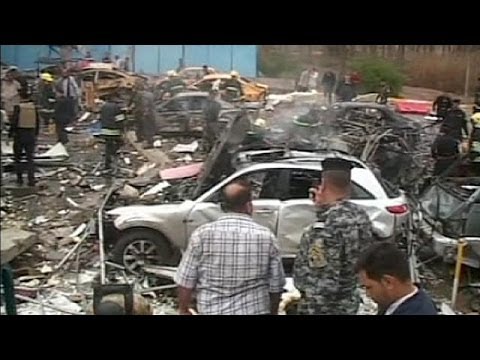 On February 23 the Winter Olympics in Sochi Russia concluded peacefully. A terrorist attack by Chechen Black Widow suicide bombers—much feared and highly anticipated by many in the American government and media–never happened. Instead, a significant suicide bombing did take place, but elsewhere and in a different manner that was nevertheless very revealing about both suicide bombing and the state of the global jihadist movement that utilizes it today. That same Sunday, Abu Khaled al-Soury, a violent Islamist who had fought with Osama bin Laden in Afghanistan, was killed in a suicide bombing carried out by a rival jihadi group in Syria.

The attack that killed al-Soury is significant because in many ways it contradicts the standard popular understanding of suicide bombing. This understanding sees suicide bombing as irrational, a consequence of a fanatical interpretation of Islam that causes militant young men (or revenge seeking young Chechen women) to seek to inflict grievous harm on helpless (usually Western) civilians. The attack that killed Soury, however, was none of these things. It was certainly a brutal attack, but in military terms, the loss of one fighter to kill a leader such as al-Soury (and six of his followers) can only be seen as a rationally calculated success. In the context of the Syrian conflict, al-Soury was a legitimate target rather than a noncombatant. Finally, the attack is notable because al-Soury, a jihadi with good relations with bin Laden, was killed by the exact same weapon that made Osama bin Laden himself internationally famous.

This gap between how many in the US understand suicide bombing and how suicide bombing is being used in the world today is troubling and suggests that more than twelve years after the 9/11 attacks we have yet to move beyond the horror that such violence elicits in order to reach an understanding of what suicide bombing truly is. It is indeed a terrible form of weapon, but it cannot be dismissed as being solely the product of religious fanaticism since historically it has been used with brutal effectiveness by groups with ideologies ranging from the religious to the secular.

What suicide bombing in different periods and times does have in common is that it is always the product of human organizations. Fanatical individuals may—and often do—fulfill the role of bomber, but without organizations to train them, build the bombs, support the attacks, and exploit the media potential in the aftermath of the attacks suicide bombing would be a trivial rather than a significant security threat.

Seen in this light, suicide bombing should be understood as the human use of other human beings as living weapons. It draws upon passions such as anger, revenge, and even the desire of the individual to sacrifice on behalf of the community, but in all cases transforms these feelings into mechanisms for controlling the behavior of prospective bombers, shackling them to a course of action in which their own deaths—and those of others—become the only socially acceptable outcome.

Suicide bombers are therefore weapons, tools uniquely appropriate for violent political activism. The process of training and equipping suicide bombers is thus a kind of manufacturing and it follows that suicide bombing as a whole is nothing less than a technology, one that produces weapons which allow human decision making to affect the delivery of explosives interactively in real time so as to maximize their accuracy and effectiveness.

Suicide bombers, like all tools, can therefore be adapted for use in different environments. However, just as there are specific uses for which some tools are more appropriate than others there are also contexts in which suicide bombing is more effective than others. Suicide bombing has been most effective when its users have used it both for tactical and strategic ends. Tactically the bombers carry out devastating attacks that would not otherwise be possible. Strategically the organizations make use of the bombers’ willingness to die to confer legitimacy upon themselves and their cause and to rally supporters around them. By calling their bombers “martyrs” they try to set themselves apart from their adversaries who are deemed to be weak and unwilling to make the ultimate sacrifice for their own communities.

In this context suicide bombers appear not as martyrs defending their communities, but as cannon fodder used by their leaders for tactical ends. They may well be accurate and effective, but their emotional impact is diminished making them less inspirational and more a normal, routine type of weapon. The cynicism of leaders who use their followers in such a manner becomes more readily apparent, and in the case of the jihadis the viciousness and nihilism of their movement becomes all the more obvious, especially to potential supporters. Therefore, what February 23 teaches us about suicide bombing is that as much as we may fear potential acts of suicide bombing we would also be wise to recognize how the signature weapon of the jihadi movement has come to represent desperation and division rather than conviction.

Dr. Jeffrey William Lewis teaches in the Undergraduate International Studies Program at Ohio State University. He is author of The Business Of Martyrdom: A History of Suicide Bombing