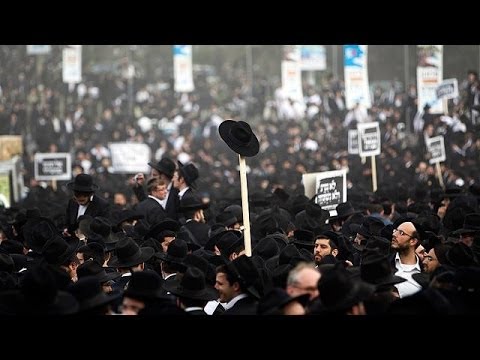 Israel’s Haredim, an Eastern European branch of Judaism emphasizing strict religious adherence, were a tiny minority at Israel’s founding in 1948 and were given an exemption from conscription. Many Haredim rejected Zionism or modern Jewish nationalism and did not accept that a Jewish state could be established save by the Messiah.

Now the Haredim have grown to 8% of Israel’s roughly 5.5. million Jews (out of a population of about 7.2 million– 20% of the population is Arab Muslims and Christians). They have large families and are likely to grow as a proportion of Israelis. Likewise, the proportion of Israelis who are not Jewish will likely rise to some 30% by 2030. So the Israeli conscript army will face a shortage of young men if Haredim and most Palestinian-Israelis continue to be exempted from military service. The secular coalition now ruling Israel, headed by Prime Minister Binyamin Netanyahu, has decided to deal with this looming security issue by conscripting the Haredim. They, however, are not at all happy about this draft law, and an estimated 300,000 flooded the streets of Jerusalem on Sunday to show their displeasure.