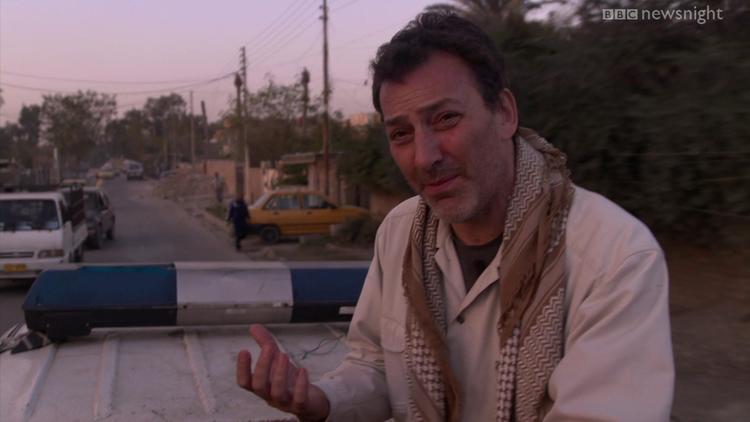 (By Mustafa Sadoun in Baghdad)

Around a fortnight ago news broke that Iraq had signed an agreement to buy arms from Iran. Reuters reported that Iraq had agreed to buy “arms and ammunition worth $195 million” in a move that would “break a UN embargo on weapons sales by Tehran”.

“The agreement was reached at the end of November, the documents showed, just weeks after Iraq’s Prime Minister Nouri al-Maliki returned from lobbying the Obama administration in Washington for extra weapons to fight al Qaeda-linked militants,” Reuters reported.

However over the past few days, it has become increasingly unclear as to whether such a deal exists at all. The Iranians themselves have denied that the deal exists.

News of the multi-million dollar deal – allegedly a memorandum of understanding to purchase weapons at a later date – was confirmed by another senior politician, Hassan al-Snaid, who is also head of Baghdad’s Parliamentary committee on security and defence. However the Iraqi Ministry of Defence then denied those reports, saying that the Iranian military industry had submitted an offer but that no deal had been closed or contract signed.

The earlier confirmation by Snaid was also denied by another politician on the same committee. “No arms deal was concluded between Iraq and Iran,” Iskandar Watoot, the deputy head of the parliamentary security and defence committee, then said. “We have had similar offers submitted by a number of different countries, including Bulgaria, the Czech Republic, Poland, Serbia, China, Ukraine and Pakistan. Some offers are actually better than the Iranian one.”

Watoot also stressed again that Iraq had the right to buy weapons from wherever it wanted to and said again what many others had already said: the US was to blame for this because it was taking so long to send badly needed armaments. Since 2005, the US has supplied Iraq with around US$15 billion worth of armaments.

“The US has not been shipping weapons and military equipment in the same way that it used to,” says Watoot, who was a military commander before he became a politician. “For example, it sends tanks without missiles – it only sends the missiles later. Which means that there’s always a delay in getting equipment ready. The Iraqi military really wants to find an alternative supplier.”

There’s nothing wrong with this deal, says senior Iraqi politician, Muwafaq al-Rubaie, who helped sign the Strategic Framework Agreement with the United States, an agreement that aims at ensuring cooperation between the two countries.

“In the [Strategic Framework] Agreement there is nothing that says Iraq cannot buy arms from vendors other than the US,” al-Rubaie told NIQASH. “The Agreement gives Iraq the right to buy weapons from any vendor so it shouldn’t be a problem if it buys them from Iran.”

“Today Iraq needs arms more than ever,” al-Rubaie continued; he was formerly Iraq’s national security adviser. “The US needs to deliver weapons to Iraq faster and it shouldn’t neglect the contracts that the two countries have signed.”

“If this is really true then it cannot help but have an impact on the Strategic Framework Agreement,” says Salem al-Daami, an expert on the local military. “Especially because there’s an international ban on Iran exporting weapons. The US may end up not shipping weapons to Iraq and taking its time to investigate these claims of a deal between Iraq and Iran.”

In fact, senior US politicians, including Republican Senator John McCain, from Arizona, have already expressed strong opinions about halting weapons sales to Iraq as a result of this news. The BBC reported the State Department saying that if the deal was real, then it “would raise serious concerns”.

“However the US doesn’t want Iraq to go to Russia for weapons either,” al-Daami noted.

“Iraq’s purchasing of weapons from Iran is a reward for Iraq’s role in what’s happening in Syria,” argues another member of the Parliamentary committee on security and defence, MP Mathhar al-Janabi. “The members of this committee don’t know anything about these armaments contracts,” he noted. “The only person who does know is the head of the committee [Snaid] and that is because he is close to al-Maliki.”

Local political observers say that the fact that Snaid, who is close to Prime Minister Nouri al-Maliki, confirmed a deal with Iran, just shows how much confusion there is about who is responsible for what in the Iraqi system. Additionally they say that the Iraqi army’s wish to diversify its weapons suppliers is not well served by doing a deal with Iran; they don’t produce weaponry themselves and all of their equipment comes from or is copied from Russia.

Meanwhile other politicians are saying that the deal hasn’t been done and that what is happening now is that some individuals are using the issue to cause trouble for their political enemies.

BBC Newsnight: ‘The most dangerous place in Iraq’, Mark Urban returns to Doura