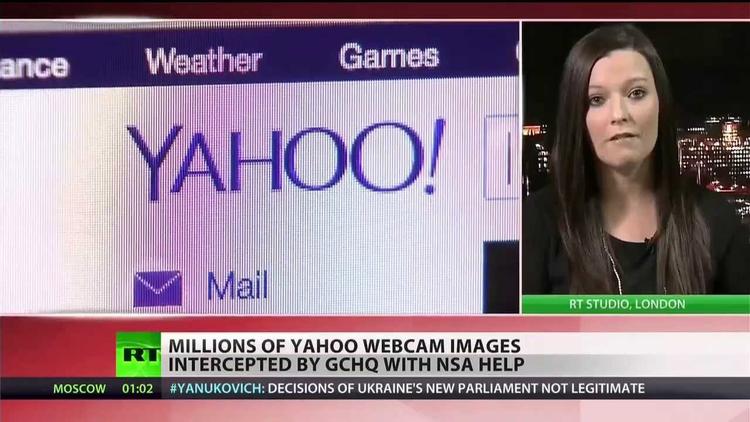 In the same way that pedophiles are attracted to professions where they come into frequent contact with children, peeping Toms surely are attracted into electronic surveillance work.

That seems to me the only explanation for the US National Security Agency and British intelligence’s Optic Nerve program, just revealed by The Guardian from the Snowden files. The analysts sneaked into millions of people’s private webcam conversations without a warrant and appropriated them, that is, actually downloaded and stored still images from them. If a private hacker did that to even one person and was caught, that hacker would be tossed in a prison cell for life and the key would be thrown away.

British intelligence officers came to the Guardian’s office late last summer and smashed hard drives suspected of containing the Snowden files, in a fruitless attempt to prevent this sort of massive spying on innocent people from becoming public knowledge.

The program was a blunt instrument, so any Yahoo data flowing through the Internat got picked up, and that means inevitably Americans and British as well as targets in the Middle East. Facial recognition software was run on the images, and analysts were shown screen shots of innocent people on the basis of their putative resemblance to terrorists. But not only is there no conceivable way in which this perving was helping us fight al-Qaeda, it certainly must have been an enormous distraction from actual intelligence work. If the NSA and British intelligence wanted to fight terrorism they should have sent the analysts to Falluja (it is not too late– in fact Mr. Cameron and Mr. Obama could get them on a plane for Baghdad as early as next week).

We also don’t know how many of the targets they were looking for via Yahoo facetime chats were not terrorists but dissidents. We know that they target hacktivists and other dissidents for reputational harm and honey traps. Instead of having to go to all the trouble of getting a warrant and surreptitiously putting cameras in a residence or hotel room, they could just go out on the internet and hack into people’s private exchanges.

The Guardian points out that Optic Nerve bears an uncanny resemblance to the surveillance cameras the government had in every home in George Orwell’s novel, 1984 .

Supposed conservatives, who are so worried about the government getting into citizens’ business, have been the most vocal defenders of these violations of elementary human rights law and of privacy rights.

There is no evidence that any of these illegal domestic surveillance programs has forestalled a single act of terrorism.

Yahoo issued an outraged statement, but my advice to them is to hire some Washington and London lobbyists. Statements are not going to deter the Big Government peeping Toms. Yahoo said:

“”We were not aware of, nor would we condone, this reported activity,” said a spokeswoman. “This report, if true, represents a whole new level of violation of our users’ privacy that is completely unacceptable, and we strongly call on the world’s governments to reform surveillance law consistent with the principles we outlined in December.

“We are committed to preserving our users’ trust and security and continue our efforts to expand encryption across all of our services.”