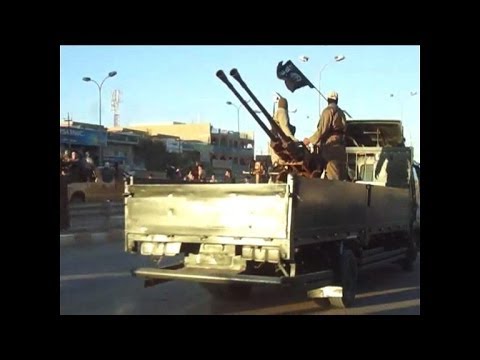 (From a Niqash Special Correspondent in Baghdad)

There are a number of criteria that candidates who wish to participate in Iraq’s upcoming general elections must fulfil. Article 8 of Iraq’s election law, which was amended in November 2013, states that a candidate should be over 30 years old, that they shouldn’t be a former member of the outlawed Baath party, that they should have graduated high school at least, they shouldn’t have enriched themselves illegally using public funds and that they should not be a member of the military or security forces. And finally, the candidates must also be known for their good conduct and not have been convicted of any dishonourable crimes.

And it is this last condition, which never featured in Iraq’s former election laws, that is causing some trouble in the run up to Iraq’s general elections, scheduled for April 30.

The Independent High Electoral Commission, or IHEC, the authority that is supposed to prepare Iraq for elections and run electoral procedures, such as voter registration and the actual voting, recently decided to ban a number of politicians from competing in the elections. These were independent Shiite Muslim MP, Sabah al-Saedi, Shiite Muslim MP, Jawad al-Shuhaili, who is aligned with the Sadrist bloc, MP Haider al-Mulla from the mostly-Sunni Muslim Iraqiya bloc, MP Rafea al-Isawi, also a Sunni Muslim from the Iraqiya bloc and one of the country’s most senior Sunni Muslim politicians as well as a former MP, Mithal al-Alousi, who made headlines in 2004 as one of the first Iraqi politicians to visit Israel and who previously headed the de-Baathification commission.

IHEC says the reason for the ban on these politicians is because they have violated the rule about good conduct. However there are clearly some problems with this clause – many local legal and constitutional experts have already said that it is too general and that it could be used in myriad ways by the unscrupulous.

Iraqi lawyer Munir Haddad, who is perhaps best known outside the country for his time as a judge, presiding over the trial of former Iraqi leader Saddam Hussein, told NIQASH: “Iraqi MPs should have been more careful when they voted on this article. It’s not clearly formulated enough.”

“This paragraph is very general and it can be interpreted any way a person wants,” adds judge Abdul-Raheem al- Ukaili, who formerly worked with Iraq’s Commission on Integrity. “Unfortunately IHEC has interpreted this paragraph in an arbitrary way and it has been used against politicians who are well known for opposing the government.”

Indeed it seemed to many that the “bad behaviour” these MPs had undertaken simply involved publicly criticizing Iraqi Prime Minister Nouri al-Maliki or his allies.

“Politicians who speak about corruption in the government are now people with bad reputations,” one of the banned MPs, al-Alousi, complained to NIQASH. “There is a deliberate plan to silence al-Maliki’s opponents and to ruin democracy in Iraq. We are going to file a lawsuit at the Supreme Federal Court to defend our rights and we hope this court won’t bow to political pressure,” he argued.

If he is able to compete in the elections, al-Alousi is expected to run as part of a coalition of liberal parties who believe in separation between state and church.

And now other politicians are warning that this will not be the last candidates banned from the upcoming elections by IHEC under the rules on good conduct. They predict there will be dozens more out of around 9,000 candidates planning to run.

Over 400 candidates have already been banned for being former members of the banned Baath party. And another 48 MPs are currently threatened with exclusion, another of the banned politicians, al-Shuhaili, said at a press conference last Monday.

Fifteen of these are actually members of al-Maliki’s own State of Law bloc, he noted, so they probably won’t be banned.

This has happened before. IHEC had previously decided not to allow the MPs Sami al-Askari, Ammar al-Shibli and Alia Nusaif to run. Al-Askari and al-Shibli are members of al-Maliki’s own party and Nusaif is a firm supporter of the Iraqi Prime Minister.

However a few days after banning the MPs, IHEC reversed the decision.

And in the meantime IHEC has accepted the candidacy of one Mishan al-Jabouri, a well known personality who is accused of corruption, who once supported Saddam Hussein and who has links to extremists groups. A few months ago al-Jabouri announced that he was going to support al-Maliki and many say that’s why IHEC accepted his nomination, despite clearly having a very messy reputation for bad behaviour.

Judge al- Ukaili said that MPs were being banned on the basis of a trial by media – that is, if MPs were particularly public in their criticism of the government, then that could be used against them. And this is causing other problems – many say that local MPs are now afraid to be too critical of al-Maliki’s government and that they’ve started to avoid putting out press statements for fear of being excluded from the upcoming elections. Journalists working in Iraq’s Parliament are already complaining about this reluctance to comment.

“Al-Maliki knows it’s going to be very difficult for him to get a third term in office,” journalist Sarmad al-Tai wrote in Al Mada newspaper recently; al-Tai is well known for his oppositional views and recently had an arrest warrant issued against him. “So al-Maliki is trying to exclude his opponents from the election. He will do anything to stay in office,” al-Tai concluded.