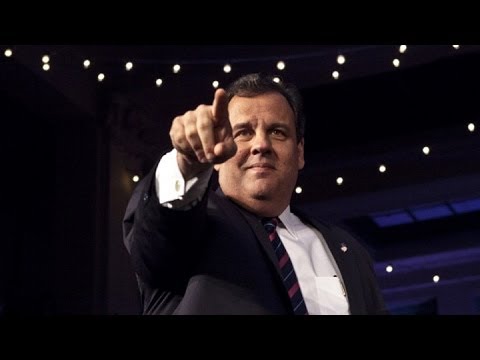 A series of pro-corporation Supreme Court decisions and the latter’s disingenuous equation of money with speech, including “Citizens United”, have turned the United States from a democracy to a plutocracy. It is not even a transparent plutocracy, since black money (of unknown provenance) has been allowed by SCOTUS to flood into elections. These developments are not only deadly to democracy, they threaten US security. It is increasingly difficult to exclude foreign money from US political donations. We not only come to be ruled by the billionaires, but even by foreign billionaires with foreign rather than American interests at heart.

The most frightening scenario is for corrupt money to dictate our politics. Casinos may no longer be mobbed up the way they were in the 1950s and 1960s, but they [pdf] are still significantly implicated in government corruption.

The perniciousness of this growing plutocracy was on full display on Saturday, as GOP governors Scott Walker, Chris Christie and John Kasich trekked off to Las Vegas in an attempt to attract hundreds of millions in campaign donations from sleazy casino lord Sheldon Adelson. Since Adelson is allegedly worth $37 billion, he could fund the Republican side of a presidential election (which costs $1 billion) all by himself. In the last presidential election he is said to have donated $100 million.

There is no way to mince words here. These practices are absolutely disgusting.

The problems with having one man have $37 billion and with his ability to buy candidates their elections are that any one man might be extremely eccentric. What if he wanted to start the Iraq War up again? Do we have to do it?

The case of Adelson exhibits all these issues of corruption and eccentricity. Much of his current fortune is recent and derives from the Macao casino, and Adelson has admitted to “likely” breaking Federal rules against using bribes to do business in other countries. (A reference to allegations that his company was involved in rewarding legislators of the Chinese Communist Party for supporting his Macao project.) There was a time when this admission alone would put the donor off limits for mainstream politicians.

Adelson has kooky political ideas. He is a determined union-buster.

He actually mused in public about nuking Iran:

“You pick up your cell phone and you call somewhere in Nebraska and you say ‘OK, let it go’and so there’s an atomic weapon goes over, ballistic missiles in the middle of the desert that doesn’t hurt a soul, maybe a couple of rattlesnakes and scorpions or whatever”

He was also a proponent of the Iraq War and of “staying the course” (staying in Iraq forever)?

Adelson is a big backer of Israeli far rightwing PM Binyamin Netanyahu and has said that granting Palestinians their own state is akin to Russian roulette. He owns the right wing Israeli newspaper Israel Ha-Yawm .

What if a billionaire from a religious cult (other than the Likud Party I mean) was allowed to buy our politics, say a Moonie? What implications would that have for our policy toward North Korea?

Adelson has a right to vote and advocate for his candidates. But the idea that he and his like should choose the next president is too awful to contemplate. One person, one vote isn’t one person, $100 million worth of votes. That isn’t democracy…