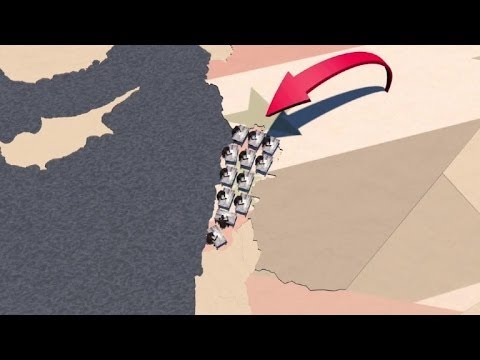 It is a tragedy that the 239 passengers on Malaysian Air MH 370 never made it to Beijing, and appear to have been the victims of a hijacking that went horribly wrong. But the hours and hours of US cable television speculation about the fate of the flight during the past seven days are a Daily Show parody waiting to happen. There has been some genuine breaking news in the mystery worth covering, but much of that air time was spent in fruitless speculation. One guest told CNN that ‘funny-sounding’ but ‘very deadly’ Uighurs could be at fault. Even over-the-top CNN commentator Richard Quest reacted with horror at the sheer speculation and shut the guest down.

It is a little mystifying why American broadcast networks become collectively obsessed with a story like this and insist on covering it 24/7 even in the absence of genuine news. At Lexis Nexis, “Malaysian Flight 370” returns 1800 stories during the past week. In contrast, the string “Syria and refugees” for the past 7 days returned 241 stories (not all of those are even about Syria’s refugees– some of the stories center on, e.g., the Central African Republic, presumably where the search algorithm favored ‘refugee’ over ‘Syria).

The Syrian refugee story is vastly more important than the missing airliner:

1. There are some 2.5 million Syrian refugees, so the scale of the human tragedy there, in which 140,000 have died, dwarfs that of one missing airliner.

2. There is most likely nothing anyone can do about the airliner. But the welfare of the Syrian refugees, many of them children, depends on our donating and organizing to help them. In turn that philanthropy depends on the world public knowing about their plight, i.e. depends on the news channels to get out the word. (Mosltly, they aren’t).

3. The airliner may have been the victim of terrorism. But the Syrians who fled their homeland for Lebanon and Jordan have definitely been the victims, either of state terror or of the terrorism of groups such as the al-Qaeda-linked Islamic State of Iraq and the Levant.

4. The airliner cannot actually be reported on from the field, since it is likely at the bottom of the Indian Ocean. But reporters can freely go to refugee camps in Jordan, Lebanon and Turkey to interview those made homeless and penniless by the Syrian civil war.

There is something wrong with the editors’ conception of what “news” is when a huge story like the displacement of millions of people is virtually ignored while a missing airliner gets wall to wall coverage.