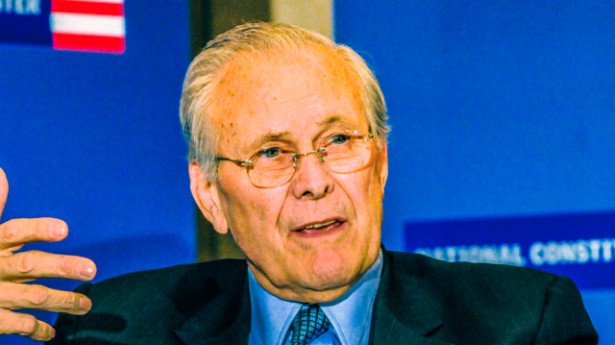 Donald Rumsfeld: U.S. diplomacy would be better if Obama was a ‘trained ape’ (via Raw Story )