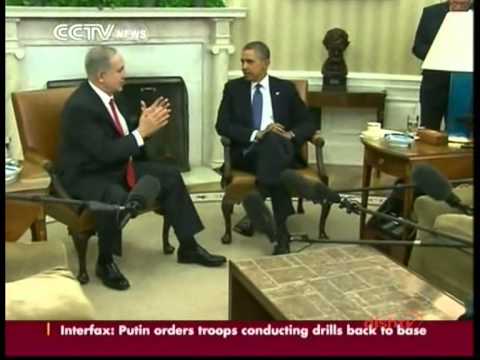 Prime Minister Binyamin Netanyahu’s visit to Washington, D.C., this week was even more of a disaster for him than might have been expected.

It did not help that the Crimea crisis had broken out, which rather cast a bad light on one country militarily occupying parts of another. Most observers in Europe and even some in the US could see the hypocrisy of the US denouncing Russian troops in Crimea but supporting Israeli troops in Hebron.

Netanyahu’s government has doubled housing starts for Israeli squatters on Palestinian land in the West Bank in the past year, while pretending to negotiate peace with the Palestine Liberation Organization (there is no such process with the Hamas government in Gaza).

He came to Washington to blame the Palestinians for his bad faith, and to demand that they recognize Israel as a Jewish state (which is sort of like Obama demanding that Israel recognize the US as a White Christian state). Netanyahu said that this demand (the Jewishness of Israel) is similar to the Palestinian quest for a Palestinian state. But a Palestinian state is envisaged as being pluralistic– it would not be Islamic but for Muslims, Christians, Druze and (in the view of Saeb Erekat) even possibly any Jews willing to take Palestinian citizenship. The category “Palestinian” is not analogous to what Netanyahu means by “Jewish”– it is far less narrow, less religiously and racially exclusive.

This demand is just smokescreen for Netanyahu’s obstruction of the peace process. He is demanding that Palestinians recognize the official marginalization of the growing Palestinian-Israeli population of Israel (now 20% of the population and heading toward 30% over the next 15 years) (if Israel is a “Jewish” state, then Palestinian-Israelis are what, chopped liver? Will it be all right for Avigdor Lieberman to ethnically cleanse them then?)

Obama, who has been ambushed repeatedly by Netanyahu during their joint press conferences, this time ambushed Netanyahu instead, with an interview with the fanatically pro-Israel former Israeli prison guard at a notorious prison camp for Palestinians, Jeffrey Goldberg. Obama said,

“There comes a point where you can’t manage this anymore, and then you start having to make very difficult choices . . . Do you resign yourself to what amounts to a permanent occupation of the West Bank? Is that the character of Israel as a state for a long period of time? Do you perpetuate, over the course of a decade or two decades, more and more restrictive policies in terms of Palestinian movement? Do you place restrictions on Arab-Israelis in ways that run counter to Israel’s traditions?”

Obama’s phrase “manage this” the referent is the Israeli occupation of the West Bank, which has been going on since 1967 and has now taken on an illegal character (you’re not allowed in military occupation to flood your population into the occupied territory, nor to systematically confiscate property from the occupied population, nor to target civilians among them for punitive policies).

By pretending to be involved in a ‘peace process’ since the early 1990s (a process Netanyahu opposed and which he boasted privately in Hebrew of having destroyed), the Israeli Right has maintained to the world that its policies in the West Bank are somehow temporary (a whole new generation of Palestinians was born and has lived under the boot since 1993). 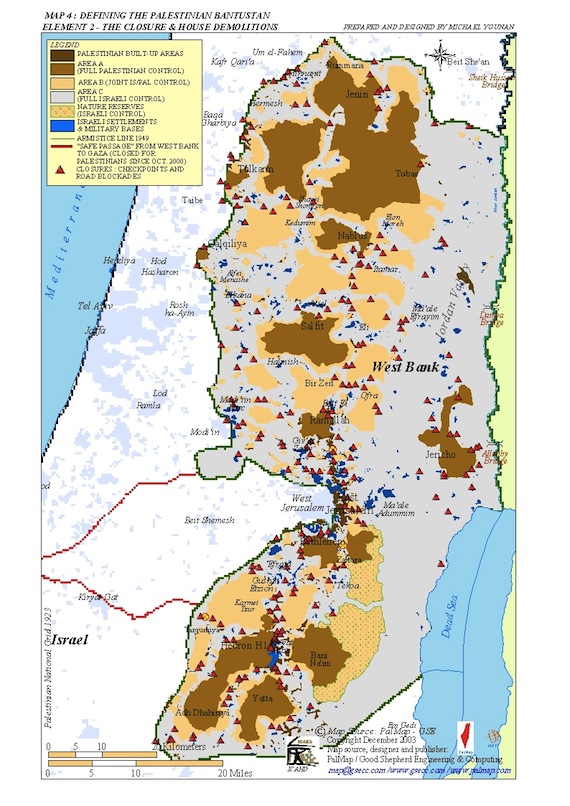 Obama is trying to tell Netanyahu that we can see him, and he isn’t invisible any more. He is telling him that the world is deciding that the Israelis intend to keep the Palestinians stateless and to constrain their lives with checkpoints and arbitrary arrest and property theft virtually forever. And this policy is no more acceptable than a revival of plantation slavery for African-Americans in the Old South would be. Stateless people like the Palestinians have many resemblances to slaves– both lack the right to have rights.

The members of the European Union, and the Union itself, are trying as hard as they can to signal to Netanyahu that permanent Occupation is not an option and will attract sanctions. Over a third of Israeli trade is with Europe and it deeply depends on EU countries for technology transfers.

Netanyahu and most Israelis on the Right just cannot see the future. They cannot see what they are doing to the Palestinians (Netanyahu thinks the latter would be satisfied with statelessness and indignity if only their economy improved). They cannot see how unacceptable is their economic siege of the Palestinians in Gaza, illegally targeting non-combatants, and warping children’s lives. They think people who complain about these policies just don’t like Jews, using their grievances about anti-Semitism in old Christian Europe to hide from themselves that they have themselves now become a colonial power, that they are dominant, and that pretending to be downtrodden victims of prejudice under these circumstances is absurd.

The Zionist Right, living in its fantasy land, responds to criticisms of Israeli policy with Nixon-style ‘enemies lists’ intended to promote aggressive harassment of critics on US campuses. I’m proud to say that I am among those so targeted. These essentially fascist tactics have helped cow the mainstream US media into pussy-footing around subjects like Netanyahu and the Likud Party’s Iron Wall policies.

Obama’s words were more candid than those of any sitting president since the 1970s. But even he did not advert to the Gaza siege (in which the US is complicit), and which has caused widespread anemia and some stunting among Palestinian children.

Goldberg speculated that Obama was issuing a veiled threat when he warned that the US cannot protect Israel from growing sanctions if Netanyahu continues down his present path. I don’t think so. Obama could just have Samantha Powers decline to veto UN Security Council sanctions on Israel any time he liked. He won’t do it, because the Israel lobbies would cause trouble for him with Congress if he did.

What Obama was more likely saying was that the boycott, divestment and sanctions movement to respond to Israeli colonialism against the Palestinians is unfolding in other venues where the US government doesn’t have a veto. The US cannot force the European Union states to disregard EU law. It cannot forestall lawsuits by Palestinian concerns in Europe against European companies involved in helping occupy them. Moreover, now that Palestine is a non-member observer state at the UN (as a result of a UN general assembly vote that the US could not prevent), it could take Israel to the International Criminal Court over criminal Israel actions in the Occupied territories. Obama was simply observing that as the scales fall from the world’s eyes, Israel will be subject to sanctions, and the US government cannot do anything about it.

Netanyahu and his right wing political coalition are in denial. They are addicted to occupation. Obama tried to stage an intervention. But addicts are not easy to persuade.