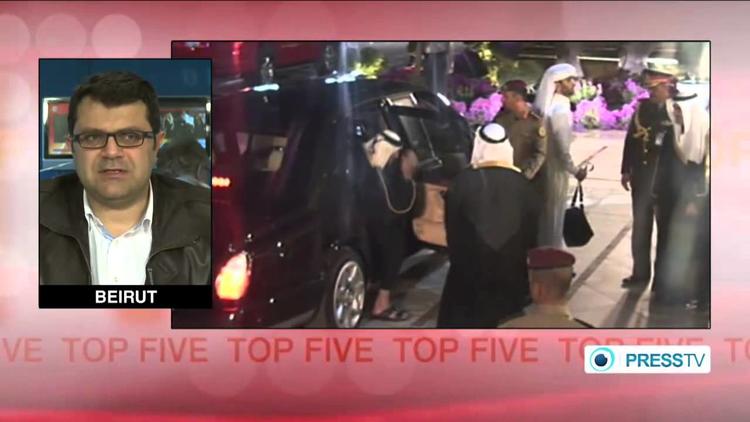 Tensions
are increasing in the Persian Gulf, with Qatar on one side, and Saudi Arabia,
Bahrain and the United Arab Emirates (UAE) on the other. On March 5, the three
states recalled their ambassadors from Qatar, demanding that it honour a
previous agreement to end its support for the Muslim Brotherhood and
interference in their internal affairs.

Saudi
Arabia might also impose blockades and sanctions, and close off its airspace to
Qatari planes. It has further demanded that Qatar shut down Al Jazeera and two prominent research
centres in Doha. The disagreement comes in the wake of other serious crises in
the GCC that have the potential to significantly realign geo-strategic alliances
within the region.

Saudi Arabia and the future of GCC

There
is a growing rift within the Gulf Cooperation Council (GCC), not only between
Qatar and Saudi Arabia, but also between Saudi Arabia and the countries of
Kuwait and Oman. The disagreement with Oman surfaced last November when it
disagreed with Saudi Arabia over creating a union out of the GCC alliance.
Oman’s stance on the issue was a clear message that it regards the formation of
a union as a threat to its sovereignty. Also, leading up to the Geneva
agreement, since 2011, Oman has played host to secret negotiations between the
US and Iran. Saudi Arabia’s animosity towards Iran is no secret, so, from its
perspective, Oman – by declining to form a union with Saudi Arabia, keeping
warm relations with Iran and playing an active part in its rehabilitation – is
not only thwarting Saudi Arabia’s desire for regional hegemony but also
presenting it with a security risk.

With
regards to Kuwait, Saudi Arabia has had to contend with some serious opposition
mounted by its parliamentarians and civil society groups against a security
pact that it wants approved. The pact will unite the member states against any
external threat and allow for better coordination over issues of internal
security.

Kuwait’s
non-ratification of the pact not only keeps Saudi Arabia from using the GCC to
manage regional dissent, but also resonates with Qatar. One Kuwaiti concern is
that the agreement requires member states to extradite their citizens upon the
request of other member states. This aspect of the agreement has direct bearing
on the dispute between Qatar and Saudi Arabia. Saudi Arabia accuses the Qatari
government of meddling in its internal security affairs and giving refuge to
members of the Muslim Brotherhood – officially regarded as terrorists by Saudi
Arabia.

Saudi Arabia and Qatar: a history of disputation

Tensions
between Qatar and Saudi Arabia must, therefore, be seen alongside other
regional disagreements. What must also be remembered, is the long history of
disputes between these neighbours. In 1913, Saudi King Abdul Aziz decided to
annex Qatar, and it was only two years later, under British pressure, that the
Saudi state recognized Qatar’s borders. Recent comments by Prince Bandar bin
Sultan, the head of the Saudi intelligence agency, display that Saudi disregard
for Qatar’s sovereignty is still active. According to him, Qatar is ‘nothing
but 300 people and a TV channel’. In 1992 Saudi Arabia sent its forces into
Qatar, and a few years later, in 1995, the Qatari government alleged that Saudi
Arabia was fomenting a coup in Qatar.

Qatar,
in turn, apparently harbours plans to split Saudi Arabia. In a leaked phone
conversation, from January 2011, Qatar’s then prime minister, Hammad bin
Jassim, claimed that Saudi Arabia could unravel at his hands, and that after
its king’s death, it would be partitioned and Qatar will seize the Qatif
province.

Qatar between three poles of power

Hence,
with the existence of the GCC under threat, and Saudi Arabia bullying Qatar
with its ultimatums, the Persian Gulf is likely to see a significant shift in
alliances. Since the region has three principal power poles; Iran, Saudi Arabia
and the US, the fallout between Saudi Arabia and Qatar will not only force
Qatar to find further reasons to side with Iran, but it could also encourage
the US to favour Qatar over Saudi Arabia, as a more stable military partner.

Qatar’s
recent disagreement with Iran over Syria notwithstanding, the countries have
maintained good diplomatic relations, leading to the recent idea of developing
a free zone. They already share the world’s largest gas field, the South
Pars/North Dome gas field. Qatar has also kept its Shia population
significantly happier than Saudi Arabia. While not partners in the highest
echelons of power, Qatari Shias are sufficiently integrated, economically and
culturally, to not view their Qatari identity as a misfortune.

This
removes the thorny issue of sectarian differences that might have deterred them
from becoming friendlier. Also, Iran has been keen on finding a way of
dissociating Muslim Brotherhood type of Islamic republicanism from the
anti-Shia brand of Wahhabi Islam that Saudi Arabia promotes, and in Qatar it is
likely to find an able partner in achieving this end.

As
for Qatar-US relations, with US-Saudi ties likely to witness a downturn due to
future shale gas production in the US, and Qatar housing the US Central Command
at its al-Udeid Air Base, Qatar will grow in importance to the US as a regional
ally.

Saudi
… as a US ally is already suffering and is complicated by its own policies.
The Saudi strategy of offering military support to the US while exporting
Muslim militancy and portraying itself as the protector of the two holiest
sites in the Islamic world has backfired for both Saudi Arabia and the US. For
the US, it led to the 9/11 catastrophe and the expensive wars thereafter, while
for Saudi Arabia, it gave rise to massive security threats, both internally and
regionally.

Qatar,
on the other hand, with its smaller size/population and no pretensions to
religious leadership, represents a safer bet. Qatar has also managed Muslim
Brotherhood’s republicanism much better than Saudi Arabia. By supporting it in
Egypt, Libya and Tunisia (instead of treating it as a threat), not only has Qatar
minimized the chances of a republican critique of its own monarchical Islam,
but it has also made itself an indispensable supporter of Islamic populism.

Whether
the Muslim Brotherhood is in power or out of power, it knows that it can count
on Qatari support, and this goes a long way toward constructing a
people-friendly image for the Qatari regime. This is not to suggest that the US
will necessarily make a choice between Qatar and Saudi Arabia. However, in a
context where Saudi Arabia is increasingly indicating that it will take a path
independent of the US, the lattter might see Qatar as a more reliable ally.

The
deterioration in Saudi-Qatari relations threatens the viability of the GCC and
implies a realignment of alliances in the Persian Gulf. Saudi Arabia is giving
reasons to Qatar for siding with the Iranian and US poles of power in the
region, without presenting itself as a committed or useful ally to the US. This
will decrease its regional dominance by a significant measure. Can Saudi Arabia
reverse this trend? Most observers of the region wait with bated breath to see
its next course of action.

Omar Ali is a
researcher at the Afro-Middle East Centre in Johannesburg, South Africa. He
specializes in Middle Eastern politics, with a specific focus on the Gulf
Cooperative Council.