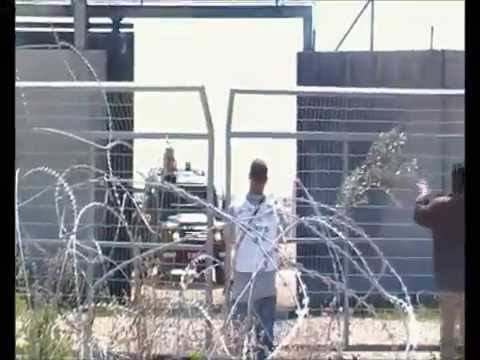 New Jersey governor and presidential hopeful Chris Christie used the term “Occupied Territories” to refer to Gaza and the West Bank in his talk this weekend to Sheldon Adelson’s “Republican Jewish Coalition” in Las Vegas. He was forced to apologize to the uber right wing Adelson.

Now the far right billionaires want to buy language itself!

And this, on Palestine Land Day!

Here are the top 5 signs Palestine might be occupied:

1. The UN General Assembly partition plan for British Mandate Palestine in 1947, which was extremely generous to the Jewish settlement community of the time, did not award them Gaza or the West Bank, where there were at that time virtually no Jews!

2. Israel militarily conquered Gaza and the West Bank only in 1967. Typically you refer to territories not belonging to a country, which it holds during wartime, as “Occupied Territories”

3. Israel is in violation of [pdf] over 30 United Nations Security Council resolutions regarding what the UNSC explicitly calls the Occupied Territories. Israel has cited other UNSC Chapter VII resolutions as justification for its own actions, i.e. the 2006 war on Lebanon, but declines to take them seriously with regard to its own behavior toward the Palestinians.

4. This is what the Palestinian city of al-Khalil (Hebron) looks like: 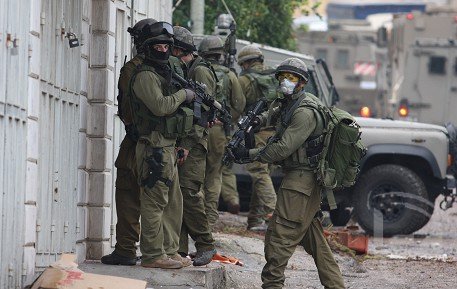 Hebron has 180,000 Palestinians and some 500 fanatic Jewish settler families whose presence is illegal by the 4th Geneva Convention, and for the sake of the latter the Palestinians are regimented by the Israeli army.

5. There are 4.4 million Palestinians in Gaza and the West Bank. They are stateless. Those in Gaza are besieged by the Israeli military and forbidden to export most of what they produce, and also prevented from importing many needed goods, and denied both a sea harbor and an airport by the Israeli military. Those in the West Bank are under Israeli military rule, denied basic human rights and self-determination, and routinely have their land and resources stolen by illegal Israeli settlers. The Geneva Convention of 1949 forbids occupying powers from flooding their own citizens into militarily occupied territories conquered in war.

Denying that the Palestinians are occupied is a form of linguistic genocide, an attempt to wipe them off the face of the map in mind and language.