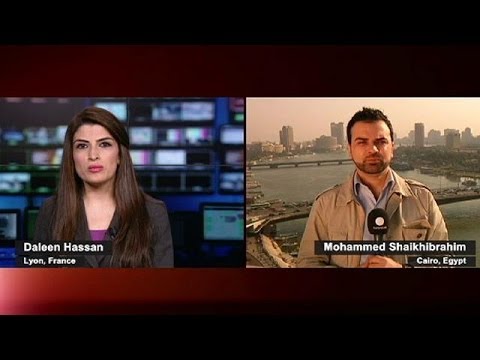 An Egyptian court in the provincial center of El Minya on Monday shocked the world by sentencing 528 persons to death in the killing of a policeman and engaging in vandalism last August. Only 147 of the suspects are actually in custody. The rest were sentenced in absentia.

The accused were seen as having resorted to violence in August after the military used brutal methods to clear the area in front of the Rabi`a al-Adawiyyah Mosque in Nasr City, Cairo, of Muslim Brotherhood protesters. Several hundred were killed. The Egyptian government maintains that they were behaving violently, going on a kidnapping and murder spree. The Brotherhood activists had been complaining about the July 3, 2013, military coup, which deposed and jailed President Muhammad Morsi, Egypt’s first freely elected president. Morsi was seen as moving the pieces in place for establishment of a one-party fundamentalist state, against which activist youth demonstrated with a “day of rage.”

Among Middle Eastern countries, the most execution happy is Iran, with over 300 a year. With just one trial, Egypt has made itself more Draconian than Iran.

The procedure of the trial was criticized, insofar as the court was only in session twice and one of those meetings was Monday when sentencing occurred.

The verdict attracted criticism. The Strong Egypt Party of liberal Muslim Abdel Moneim Abou’l-Futouh (who broke with the Muslim Brotherhood in the 1990s over their hard line) said that it had lost confidence in the judiciary. Strong Egypt had supported the popular overthrow of Morsi but opposed military rule and joined the “Third Square” movement.

Defending it is the Rebellion Youth Movement (Tamarrud), who said Americans should butt out and mind their own business. A knee-jerk anti-Americanism has characterized the movement since the announcement last summer that the Obama administration had suspended aid to Egypt because of the change of government.

The verdict will make more difficult’s current task of trying to convince Congress to renew aid to Egypt despite the change in government, which Obama has not called a “Coup.”

The verdict will be appealed. Although the death penalty is fairly common in Egypt, actual executions are far more rare.