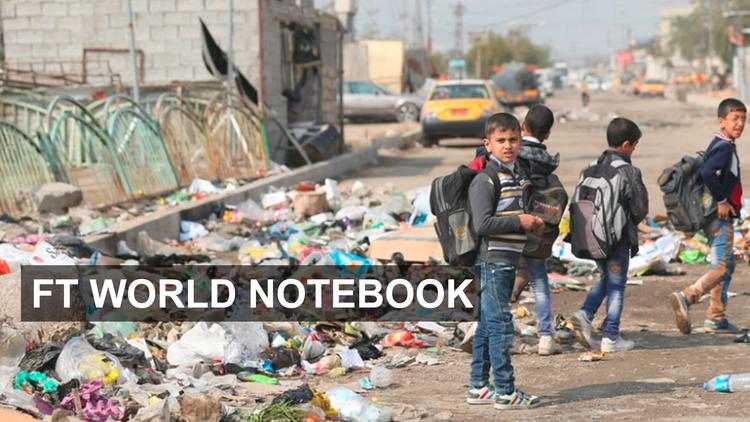 (Baghdad) – Iraq’s Council of Ministers should withdraw a new draft Personal Status Law and ensure that Iraq’s legal framework protects women and girls in line with its international obligations. The pending legislation would restrict women’s rights in matters of inheritance and parental and other rights after divorce, make it easier for men to take multiple wives, and allow girls to be married from age nine.

The draft law, called the Jaafari Personal Status Law, is based on the principles of the Jaafari school of Shia religious jurisprudence, founded by Imam Jaafar al-Sadiq, the sixth Shia imam. Approved by the Council of Ministers on February 25, 2014, it must now be approved by the parliament to become law.

“Passage of the Jaafari law would be a disastrous and discriminatory step backward for Iraq’s women and girls,” said Joe Stork, deputy Middle East and North Africa director at Human Rights Watch. “This personal status law would only entrench Iraq’s divisions while the government claims to support equal rights for all.”

The draft law would cover Iraq’s Shia citizens and residents, a majority of the population of 36 million. It includes provisions that prohibit Muslim men from marrying non-Muslims, legalizes marital rape by stating that a husband is entitled to have sex with his wife regardless of her consent, and prevents women from leaving the house without permission from their husbands. The law would automatically grant custody over any child age two or older to the father in divorce cases, lower the marriage age to nine for girls and fifteen for boys, and even allow girls younger than nine to be married with a parent’s approval.

Justice Minister Hassan al-Shimmari introduced the draft law to the Council of Ministers on October 27, 2013. In December, the council said it would postpone considering the draft until after legislative elections scheduled for April 30, 2014, and after the supreme Shia religious authority (marji’iya) approved the draft, which it has not yet done. But the council went ahead and approved it on February 25 despite strong opposition from rights advocates and some religious leaders.

Iraq’s current Personal Status Law (Law 188 of 1959), which applies to all Iraqis regardless of sect, sets the legal age for marriage at 18, but allows for a judge to permit girls as young as 15 to be married in “urgent” cases. In December 2012, the Lebanese news outlet Al-Safir reported that rates of early marriage of girls had risen drastically in Iraq in the previous decade. In 2013, the Population Reference Bureau, an international organization, reported that “the decline in early marriage has stopped in … Iraq,” citing its own statistics that 25 percent of girls marry before age 18 and 6 percent before age 15. The draft law’s provisions would legalize, rather than try to reverse, Iraq’s growing child marriage problem, Human Rights Watch said.

The draft law violates the Convention on the Elimination of All Forms of Discrimination against Women (CEDAW), which Iraq ratified in 1986, by giving fewer rights to women and girls on the basis of their gender. It also violates the Convention on Rights of the Child, which Iraq ratified in 1994, by legalizing child marriage, putting girls at risk of forced and early marriage and susceptible to sexual abuse, and not requiring decisions about children in divorce cases to be made in the best interests of the child.

The draft law ignores article 2 of the Declaration on the Elimination of Violence against Women by legalizing marital rape, Human Rights Watch said. The CEDAW committee, the body of international experts who review state compliance with the convention, in its February 28, 2014 review of Iraq’s reports, urged the government to “immediately withdraw the draft Jaafari personal status law.” The law also appears to violate the International Covenants on Civil and Political Rights and on Economic, Social and Cultural Rights by granting fewer rights to certain individuals on the basis of their religion.

The draft law also starkly contrasts with article 14 of Iraq’s constitution, which prohibits “discrimination and distinction between Iraqis” and guarantees the equality of all Iraqis “without distinction to religion, faith, nationality, sex, opinion, economic or social status.”  Article 13 of Iraq’s constitution stipulates that it is the “supreme law” in Iraq and that “no law that contradicts this Constitution shall be enacted.”

In addition to its concern over the draft’s specific discriminatory provisions, the CEDAW committee concluded that, more generally, “identity-based personal status laws and customs perpetuate discrimination against women and that the preservation of multiple legal systems is in itself discriminatory against women.” The committee has previously said that the lack of individual choice relating to the application or observance of particular laws and customs exacerbates this discrimination.

A broad spectrum of Iraqi rights activists, Sunni and Shia religious leaders, and judges have criticized the draft law as discriminatory, violating religious texts, and, because the law would single out one sect, entrenching sectarian divisions in law. The Iraqi Women’s Network, an association of women’s rights groups, held protests on March 8, International Women’s Day, calling it a day of mourning in Iraq.

“Iraq is in conflict and undergoing a breakdown of the rule of law,” Basma al-Khateeb, a women’s rights activist, told Human Rights Watch. “The passage of the Jaafari law sets the ground for legalized inequality.”

In its review, the CEDAW committee had also recommended that Iraq repeal discriminatory legal exceptions to the minimum age of marriage for girls in the existing Personal Status Law. It said that legal exceptions to the minimum age of marriage should be granted only in exceptional cases and authorized by a competent court for both girls and boys, and only in cases in which they are at least 16 years old and give their express consent. It recommended that Iraq take the necessary legislative measures to prohibit polygamy, which is permitted in the current law under certain circumstances.

More generally, the committee expressed concern over the generally poor status of women’s rights in the country, which it attributed in part to the government’s “strengthening the role of the security sector” at the expense of the enforcement of the rule of law, since its initiatives “have not given due consideration to the establishment of accountability mechanisms and … have resulted in rampant impunity.” The committee said it “is particularly concerned that this situation, along with pervasive corruption, has contributed to an increase of violence against women by State and non-State actors, as well as to the reinforcement of traditional and patriarchal attitudes which limit women’s and girls’ enjoyment of their rights.”

“This draft personal status law flies in the faces of the Iraqi government’s legal commitments to protect women’s and girls’ rights,” Stork said. “Passage of this law by parliament may lead to further discriminatory laws. It is all well and good to have a good constitution on paper, but lawmakers need to respect its principles.”

FT: “Iraq on the Edge