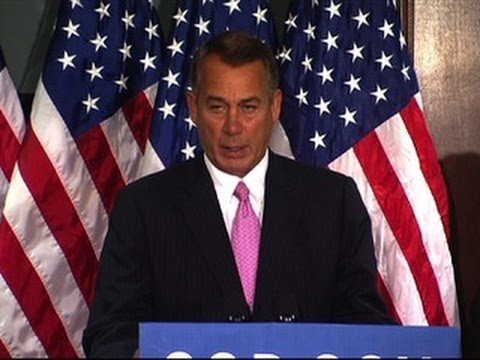 Hawks are complaining that Europe has been insufficiently belligerent in its response to Russian moves in the Crimea, blaming the declining military budgets in most European countries. But this focus on military hardware is misleading, since there was never any prospect of a conventional military confrontation with the Russian Federation, given that France and Britain are nuclear powers and so is Russia. MAD (Mutual Assured Destruction) rules here, and diplomacy and economic sanctions were always going to be the only realistic tools for resolution of the crisis.

The threat of economic sanctions would be more realistic if Europe did not depend so heavily on Russia for its natural gas. 40% of Germany’s natural gas and one third of Europe’s natural gas in general is imported from that country.

House Republican majority leader John Boehner (R-OH) unrealistically urged that the US export more natural gas to Europe to offset the Russian advantage. This suggestion implies a press to increase hydraulic fracturing, which is environmentally debilitating, a water hog, a water polluter, and is implicated in deadly methane and CO2 emissions that will sink Miami and New York. Submerging our own cities is not a very logical response to Russian adventurism. Others have urged that Ukraine itself go in for fracking. Fracking is extremely expensive, especially if you count its environmental impact. Wind and solar are now at grid parity in much of the world with hydrocarbons, and since they are environmentally much less costly, governments should be putting in tax and other benefits to encourage rapid adoption.

Germany’s response to climate change and the geopolitics of its dependence on hydrocarbons (it has few of its own) has been an Energy Switch (Energiewende), wherein the government has pushed the expansion of wind and solar power. The costs of doing so are substantially less than would be re-arming with conventional weapons, as the hawks seem to imply that Europe should. Plus if you spent billions on weapons systems, you’d have wasted your money, whereas every dollar spent on green energy benefits the economy and the environment enormously. Despite cautions about Germany’s use of coal in its transition away from nuclear power, coal is 5% less of its energy mix now than in 2003. Renewables have increased as a proportion of the German energy mix from 7% to nearly a quarter. This change was accomplished at a time when solar panels were tremendously more expensive than they are now, and both price and efficiency will favor a vast expansion of solar over the next decade.

There are other European success stories. Denmark now gets 25% of its electricity from wind, and intends to get half by 2020. Scotland is at 40% renewable energy this year and hopes to be completely dependent on renewables by 2020. Spain and Portugal have also shown that high proportions of electricity being generated by renewables is not a matter for the future; it can be done right now.

The fact is that Germany won’t be dependent on Russian natural gas very much longer. Whether the rest of Europe is depends on its energy policies. The only way to get energy independence and save the environment simultaneously is to go in for wind, solar and wave energy.

Energy independence would not only free Europe to be more aggressive in financially sanctioning Russia if that were needed, it would allow Ukraine itself to be less beholden to Moscow.

Moving quickly to plug-in hybrids and electric cars would also allow Europe and the rest of the industrialized world to cease its dependence on petroleum from the Middle East, which would give Saudi Arabia and Iran less leverage in regional and world affairs.

Energy independence will make for a more honest world politics and remove the advantages that authoritarian states often have over democracies. At the same time, swiftly adopting renewables will mitigate the worst effects of climate change; present policies are taking us toward a 10 degrees F. increase in global world average temperatures, which could destabilize our climate, producing megastorms and raging seas, not to mention desertifying now fertile breadbaskets.