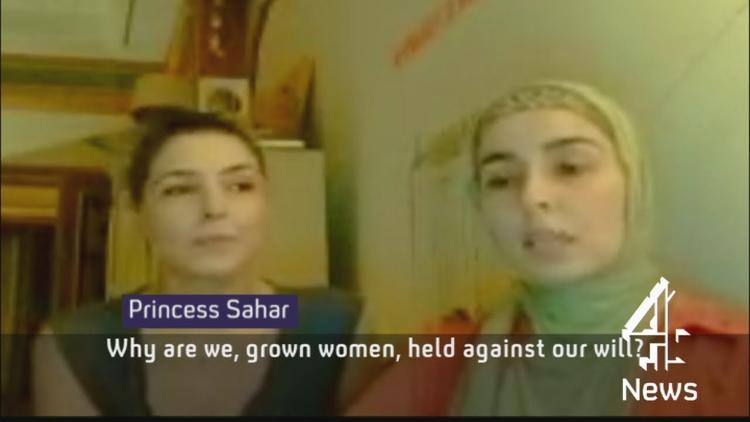 (By Rothna Begum and Adam Coogle)

When the story broke earlier this month of four Saudi princesses allegedly confined to their Jeddah home by members of their own family, the kingdom soon went into damage control mode.

Within a week, several British newspapers started calling Human Rights Watch, asking if we knew about a news pitch from a UK public relations firm claiming that the Saudi authorities were about to make a “major announcement” on women’s rights.

We didn’t, but in just a few days’ time, Saudi was due to appear at the UN Human Rights Council in Geneva to address its rights record.

So on March 19, when Saudi began presenting to the UN, we – along with many journalists – were watching with great interest.

But the “major announcement” never came.

Instead Dr. Bandar al-Aiban, president of the Saudi government’s Human Rights Commission, informed the Human Rights Council of various small but positive steps the government has taken on women’s rights. He mentioned that Saudi women will be able to vote and run in the 2015 municipal elections, and alluded to a new law issued in August 2013 to protect women from domestic violence – the first regulation in the kingdom’s history that criminalises domestic abuse. He spoke about how the kingdom is “taking steady strides to improve all walks of life” for women.

But the bizarre PR pitch received by journalists suggests the Saudi authorities want the British public to focus on these small positive steps on women’s rights, and steer the conversation away from the king’s daughters.

Saudi authorities have employed a similar strategy with gusto over the past two years, with a flurry of press statements and news stories citing every “first” for Saudi women, such as the first woman lawyer, newspaper editor, deputy minister, Shura Council members, and so on.

These steps are important, and show that positive incremental reform on women’s rights is likely to continue. But as last week’s events demonstrate, Saudi authorities also use these small gains to obscure major shortcomings on other women’s rights issues.

For example, while the domestic violence law that Dr al-Aiban alluded to is a step forward, it has a major flaw: it contains no clear enforcement mechanism, leaving all implementation up to an unnamed “specialised agency.” It is not known who would enter the private sanctity of the home to intervene where women are being abused or threatened with abuse. We also don’t know how authorities will define the terms “exploitation” or “abuse.”

The alleged confinement of King Abdullah’s daughters grabbed international attention because it involves the most powerful man in Saudi Arabia. But in fact all men in Saudi Arabia – not just the ruling elite – are allowed to exercise complete control over the movement of their adult female relatives. If they choose to restrict women’s movement, it’s not clear whether authorities would even consider this abuse.

Despite some small reforms, Saudi women are largely denied the right to be treated as full legal adults like their male counterparts, be they the king’s daughters or any other Saudi woman. The male guardianship system requires women to seek permission from their male guardians – their father, brother or even their son – to travel abroad, access higher education, and undergo certain medical treatments or procedures. Sex segregation and the ban on women driving relegate them to second-class status.

We simply don’t know, for instance, how the new domestic abuse law is to have a serious impact on abused women when in many cases women would require logistical support or transportation from male relatives, who themselves may be the abusers, to report abuses or escape abusive situations.

Dr al-Aiban had said that “women in the kingdom of Saudi Arabia and with direct support of … King Abdullah … are encouraged and supported in order for women to participate in all areas of life.” If this is to be true, King Abdullah – as the highest authority in the kingdom and the male guardian of his wives and unmarried adult daughters – needs to go beyond baby steps. He should put an end to the male guardianship for all women, including the requirement for the guardian to approve travel abroad, and rescind the ban on women driving. Anything less than this would be window dressing at best, or at worst an attempt to obscure the fact that Saudi Arabia still systematically discriminates against women.

Ultimately King Abdullah needs to show he’s serious about women’s rights – not just as the king, but as a father and husband too.