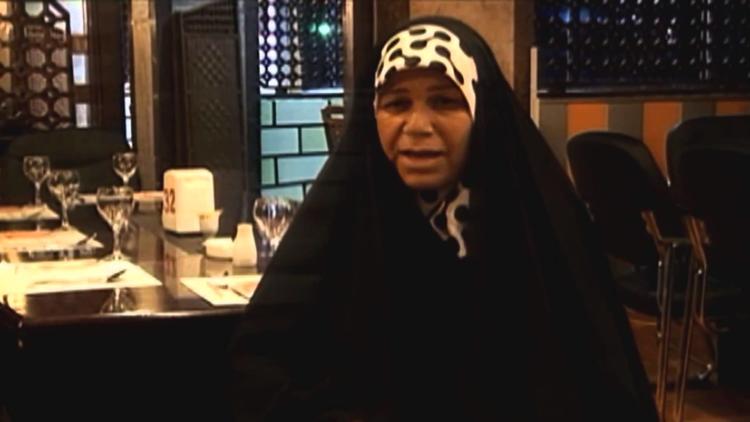 Few disagree that the Iraqi government’s increasingly Shia character has alienated its Sunni population—but what has mounting sectarian division meant for the rights of women and girls?

Last October, Iraq’s justice minister introduced a draft law to its Council of Ministers which would legalise child marriage and severely affect women’s rights in matters of divorce and child custody. The draft bill was so markedly discriminatory against women and girls—and in some cases so idiosyncratic—that Iraqi concerned organisations tended to dismiss it.

Article 79 of this Jaafari Personal Status Law, for example, would allow a woman to divorce her husband only if he were impotent or his penis had been amputated, whereas a man could divorce his wife for six reasons, two linked to her having a skin rash. In December the Council of Ministers shelved the draft, saying it would not vote on the bill until after legislative elections on April 30th and approval by the supreme Shia religious authority (marji’iya). On February 25th, however, it shocked many Iraqis by announcing that it had approved the bill and submitted it to Parliament.

The draft law would apply to Iraq’s Shia majority. It is based on the Jaafari school of religious jurisprudence, founded by the sixth Shia imam, Jaafar al-Sadiq. Its 254 articles would prohibit Shia Muslim men from marrying non-Muslims, permit marital rape—a husband would be entitled to have sex with his wife regardless of her consent—and prevent a woman from leaving her house without her husband’s permission. The law would grant custody over any child two or older to the father in divorce cases, lower the marriage age to nine for girls and 15 for boys, and even open the door for girls younger than nine to be married with a parent’s approval.

Although the breadth of its coverage is unclear, it would probably be an alternative for Shia Muslims to Iraq’s existing Personal Status Law, which applies to all Iraqis in matters of marriage, divorce, custody and inheritance. As Human Rights Watch noted in its recent report, it would violate Iraq’s international obligations, including the Convention on the Elimination of All Forms of Discrimination against Women.

Parliament may well not get around to voting on this bill. It rarely passes legislation due to political deadlock and is currently stalemated over the budget. The pre-election session will end shortly. Some have interpreted the proposal as a callous attempt by the government to distract from the humanitarian crisis in the war-torn, Sunni-majority Anbar province. Others believe that it is a show of strength on behalf of the justice minister, Hassan al-Shimmari: if he is to be reappointed after the election he will need the support of his Shia-conservative Fadhila (“Virtue”) party.

Scathing
Reaction from a wide cross-section of Iraqi society has been swift and scathing, with many protests on International Women’s Day and a plethora of criticism from journalists, members of Parliament and even Shia religious leaders. Resistance has in part been driven by anger over what many Iraqis see as yet another sectarian measure but also by a deep, if too often ignored, concern over deteriorating women’s rights—and the fear that the bill is just the tip of the iceberg.

The Council of Ministers’passage of the Jaafari law highlighted the short shrift Iraq’s government has given to women’s eroding rights, amid political instability and mounting sectarian violence. Some have also claimed that the uproar over the proposal is a distraction from Iraq’s “real” problems. But given that violence, absence of the rule of law and political sectarianism show no sign of waning in Iraq, when would be the “right” time to talk about the abysmal state of women’s rights in the country?

Iraq’s Personal Status Law is considered one of the most progressive in the region but women’s rights have suffered drastically since the Gulf War of 1991, when Saddam Hussein embraced Islamic and tribal traditions as a political tool to consolidate his waning power, reversing many advances in the status of women and girls in Iraqi society. Since then, Iraqi women have faced increasing discrimination and have suffered disproportionately from violence—their accumulating losses however seriously under-reported.

The insecurity created by the US-led occupation, followed by the sectarian strife which engulfed the country, exacerbated the position of Iraqi women. In 2003, Human Rights Watch documented a wave of sexual violence and abductions in Baghdad. Women and girls told HRW that insecurity and fear of rape and abduction kept them in their homes, out of schools and away from work. Although assailants kidnapped many men as well, the consequences for women and girls were worse due to concerns for family “honour”. In southern Iraq, women were savagely attacked by militias in Basra, before the Iraqi government invaded the oil-rich region in 2008 to reassert control.

In 2011, a further HRW report highlighted the plight of young women—“widowed, trafficked, forced into early marriages, beaten at home and sexually harassed if they leave the house”.Official forces were involved in abuses, including sexual violence, against female political activists and relatives of male dissidents, it found. Yet Iraqi law protects perpetrators of violence against women: its penal code considers “honourable motives”a mitigating factor, even in murder, and gives husbands a right to discipline their wives.

Torn fabric
Beyond the discrimination embodied in the draft law and the devastating effects it could have on women’s rights, the Jaafari bill exemplifies the broader breakdown of Iraq’s social fabric. That opens up the space for more conservative views to be imposed on women, limiting their freedom and role in society. The bill would cement and consecrate violations already in practice.

Child marriage has been on the rise since 2003, with 25% of girls marrying before the age of 18 and 6% before 15, according to the international Population Reference Bureau. And the humanitarian crisis in Anbar is disproportionately affecting women and children, while the government looks away—I interviewed more than a dozen women in Baghdad who had fled incessant mortar shelling in Fallujah.

But much of the international reaction to the draft law has been misplaced. It is not an expression of inherent backwardness on the part of Iraq’s Shia community—which, in fact, has largely condemned the law as loudly as other confessions. Rather, it is an expression of the Maliki government’s broader approach to politics, which is to sacrifice rights in the pursuit of other aims.

Domestically, the furious responses to the Council of Ministers’ approval of the bill manifested frustration with the government’s lack of transparency, its developing attack on rights and erosion of the rule of law. Frustration too with growing despotism, sectarianism and the takeover of power by unrepresentative parties in a framework within which secular elements have not been able to find a foothold. Those without a voice suffer the most—and women, who represent more than half of Iraq’s population of approximately 36 million, lack a voice in its new political order and have been principal victims of this chaotic dispensation.

Iraqi society has not been able to reconcile its post-Saddam, Shia-dominated present with the older secular order. In part the Jaafari law results from religious politicians’ fear that Shia custom will not be given the respect they believe is its due. Despite prevailing in Iraq today, many key Shia politicians remain scarred by their persecuted pasts. Out of fear that no one will listen, they shout—and this law is their shout.

But respect for a particularly strict interpretation of religious tradition for those who want it should not come at the expense of the rights of Iraq’s women and girls. As long as Iraq’s deadly mixture of sectarian violence and the government’s “no holds barred” attitude persists, there will be no progress on women’s and children’s rights.