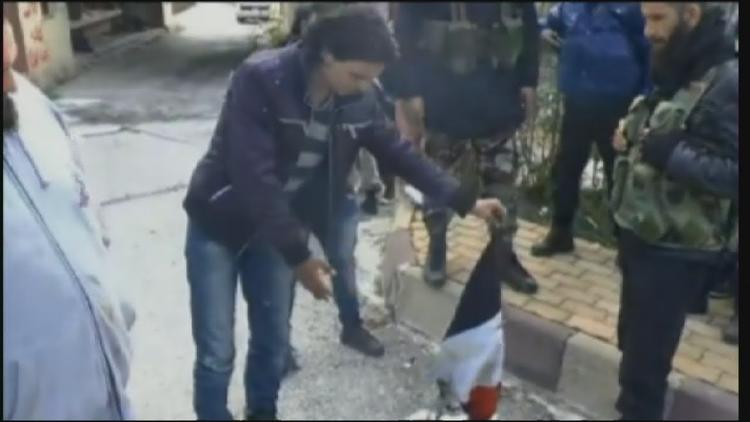 President Obama is considering supplying Syrian rebels with Man-Portable Air Defense Systems (Manpads). These antiaircraft missiles are small enough to be carried and fired by a single person; they can destroy jet fighters and civilian airliners alike. If President Obama gives his approval for their supply to Syrian rebels, he will violate several international antiterrorism agreements that prohibit the supply of Manpads to non-state actors. This will negate a decade of U.S. anti-terrorism diplomacy, put air travelers at risk, and destroy the growing international anti-terrorism norm against supplying Manpads to non-state actors.

Reuters reports that on February 18 a senior Obama administration official said that the administration “remains opposed to any provision of MANPADS to the Syrian opposition” and Reuters reports further that: “The United States has long opposed supplying rebels with anti-aircraft missiles due to concern they may fall into the hands of forces that may use the weapons against Western targets or commercial airlines.” On March 28, one of President Obama’s national security advisers said: “We have made clear that there are certain types of weapons, including Manpads, that could pose a proliferation risk if introduced into Syria.”

Those concerns that Manpads supplied to “moderate” rebels will find their way into the hands of terrorists are extremely well founded. Saudi Arabia purchased Croatian antitank weapons and grenade launchers that were then provided to the “moderate” Free Syrian Army. As documented with video evidence by the Brown Moses Blog, some of those weapons wound up in the hands of the extremist jihadi group Ahrar al-Sham, and McClatchy Newspapers confirmed that the FSA shared their new weapons with Ahrar al-Sham. Even worse, as documented with photographic evidence by the Brown Moses Blog, those Saudi-purchased Croatian weapons are now being used in Iraq against the Iraqi Army by the Islamic State in Iraq and Syria (ISIS), a group so savage that it has been expelled from al-Qaeda.

Manpads can be hidden in a car trunk, some even in a golf bag, and are a threat to civilian airliners all over the world. A 2011 U.S. State Department factsheet states that: “Since 1975, 40 civilian aircraft have been hit by Manpads, causing about 28 crashes and more than 800 deaths around the world.” Former CIA Director David Petraeus recently said: “As you know, that was always our worst nightmare, that a civilian airliner would be shot down by one [Manpad].” Then-Secretary of Defense Leon Panetta told the Wall Street Journal: “There is no question when you start passing Manpads around, that becomes a threat, not just to military aircraft but to civilian aircraft.” Then-Secretary of State Colin Powell said: “No threat is more serious to [civil] aviation” than Manpads.

The State Department factsheet describes a decade of U.S. diplomatic efforts to stop the supply of Manpads to “non-state actors”, which includes the Syrian rebels, and three international agreements resulting from that U.S. diplomacy and to which the U.S. is a party:

[W]e agree to implement the following steps to prevent the acquisition of Manpads by terrorists: . . .
To ban transfers of Manpads to non-state end-users; Manpads should only be exported to foreign governments or to agents authorised by a government.

The State Department factsheet boasts that this G-8 agreement was “U.S.-initiated.”

Second, a 2003 agreement pursuant to the Wassenaar Arrangement, which regulates exports of conventional arms, provides:

Decisions to permit Manpads exports will be made by the exporting government by competent authorities at senior policy level and only to foreign governments or to agents specifically authorised to act on behalf of a government.

The State Department factsheet says that the U.S. “participates in the [Wassenaar Agreement] . . . to encourage international adherence to and effective implementation of these rigorous Manpads guidelines.”

To urge member states to ban all transfers of Manpads and their essential components to non-state end users because Manpads should be exported only to foreign governments or to agents authorized by a government.

Note that all three of these U.S.-sought international agreements ban supplying Manpads to any non-state users and permit supplying them only to governments. There is no exception for “good” non-state actors, and in fact the State Department fact-sheet says that the U.S. strives to keep Manpads away from terrorists “and other non-state actors.” That is wise, because one person’s terrorist is another person’s freedom fighter.
Finally, consider that Assad’s military has thousands of Manpads but, even now, he has not supplied them to Hezbollah, Hamas, the Kurdish rebels in Turkey, Al-Qaeda in the Arabian Peninsula, ISIS in Iraq, or to terrorists bound for Europe or the United States. If President Obama makes the wrong decision, he may change that.

Channel 4 News from last weekend: “Will the Saudi king persuade Obama to do more for Syria?”