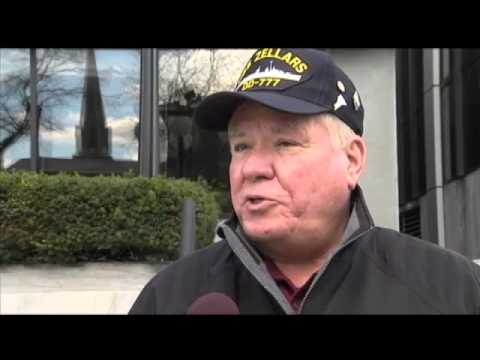 The Ft. Hood shooter who left 3 victims dead yesterday had been being assessed for Post-Traumatic Stress Disorder. He had served for 4 months at the tail end of the Iraq War in 2011 and suffered from anxiety and depression.

A staggering 1 million veterans of the Iraq and Afghanistan Wars have sought treatment for physical or mental medical conditions either in the field or in Europe or back home at Veterans Administration Hospitals. Some 30% – 35% of Vets have been found in a Stanford study to suffer from Post-Traumatic Stress Syndrome. Jamie Reno of the International Business Times wrote,

Among these veterans, some sources revealed last year that the PTSD rate exceeds 30 percent, and one Stanford University study puts the PTSD rate at 35 percent. If accurate, that means a total of between 780,000 and 910,000 Iraq and Afghanistan war veterans may return home with PTSD, which is often debilitating.”

The US media almost never reports these numbers, giving the much smaller, though even sadder, numbers of US military personnel killed ( nearly 7,000 in the two wars).

The Iraq War was an elective war. It was fought for objectives that are still murky. It was illegal in international law. George W. Bush and Richard Bruce Cheney took these brave men and women into battle despite the lack of serious threat to the US from Iraq. The full harm they did these military personnel won’t be known for decades. But all too often observers concentrate on the soldiers killed in action or (less commonly) wounded physically or suffering from physical conditions attributable to serving in the war. The enormous psychological toll of these wars on soldiers, sailors and Marines is seldom recalled.

Here are some key statistics in this regard:

Number of veterans who served in Iraq or Afghanistan: 2.3 million

Number with PTSD likely to get minimally adequate treatment: 200,000

Percentage of US population that is veterans: 7

Percentage of suicides accounted for by veterans: 20