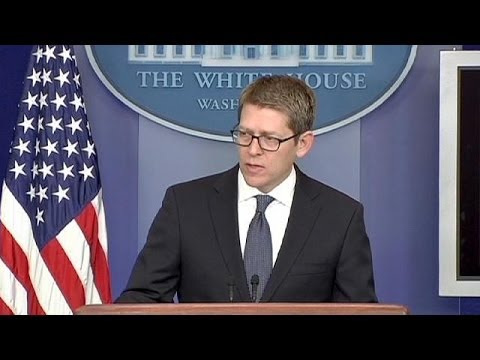 The decision of the Obama administration and the resolution passed by Congress barring entry to Iran’s designated ambassador to the United Nations has angered Tehran and provoked demonstrations in Iran. Hamid Aboutalebi has served as ambassador to several European countries. He is accused by Washington politicians of having participated in the taking of US diplomats hostage in 1979-81. Aboutalebi says that he was not among the militants who took the hostages, but rather later on agreed to serve as a translator for the group.

The hostage-taking in revolutionary Iran is a deeply distasteful episode that contravened international law as well as Shiite Islamic law (which recognizes the immunity of diplomats). I have friends among the surviving diplomats, and don’t forgive the criminals who terrorized them.

Ironically, Iran is condemning the US exclusion of Aboutalebi as a contravention of international law, and pledging to go to the United Nations over it rather than sending a new ambassador.

The tiff is unfortunate because Iran and the permanent members of the UN Security Council are engaged in talks with Iran aimed at ensuring that the latter’s civilian nuclear enrichment program can never be weaponized. Presumably it would be useful to have an Iranian ambassador to the UN right about now. Presumably Iran’s clerical Leader Ali Khamenei sent Aboutalebi at this time precisely because of his minor role in the hostage incident, as a way of mollifying Iran’s hard liners, who are upset about the talks and the Iranian government’s apparent willingness to offer the West more transparency about its enrichment processes and facilities.

The other thing to say about the high dudgeon in Washington, however, is that the US has acted in equally or worse bad taste in the past toward Iran.

In 1953 the US Central Intelligence Agency conspired with right wing generals and other anti-democratic elements in Iran to overthrow the elected prime minister, Mohammad Mosaddegh. See Ervand Abrahamian’s recent study of this episode, “The Coup.” A liberal from an aristocratic background, Mosaddegh had committed the sin of coming to power just after the parliament nationalized Iran’s petroleum industry (i.e. declared that it belonged to Iran–as it did– rather than to BP’s then incarnation, the Anglo-Iranian Oil Co.). The US put Mohammad Reza Pahlevi back on the throne, and he became an insufferable dictator and pro-American stooge.

An operative in the CIA in the 1950s and 1960s was Richard Helms, the “gentlemanly planner of assassinations. He rose to become deputy director of the CIA and then, 1966-1973, director. Helms was a serial murderer who attempted to rub out Fidel Castro and Salvador Allende among others.

In 1973-77, Helms was sent by the Nixon administration to be ambassador to Iran. Sending a career CIA operative and former director of that organization as diplomatic envoy to the country where the CIA had destroyed democracy was a huge slap in the face of the Iranian people, and they knew it. (Because Third Worldism was in vogue, many leftist youth in Iran were probably also aware of Helms’s sinister role in Chile and Cuba).

The hostage crisis? It happened precisely because the US embassy in Tehran was used as a planning HQ for the 1953 coup. When the Carter administration admitted the shah for medical treatment into the US, the revolutionaries became alarmed that this step was a prelude to Washington putting him back on the throne yet again. It wasn’t a wild notion.

Appointing Aboutalebi to a position in New York was intended as an insult.

But sending Helms to Tehran as ambassador was truly a douchebag FU moment.

So as usual, however much the Iranian hard liners (who have never forgiven the US for the coup) want to insult the US, we’ve done much worse to them.