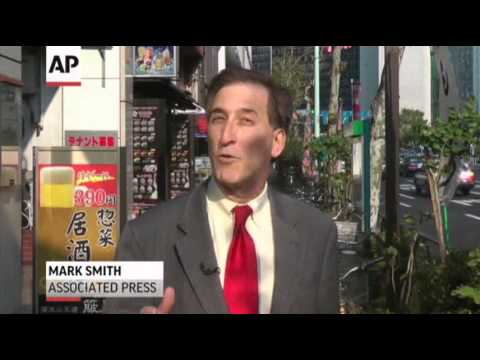 Barack Obama, brought up in Hawaii and having lived as a child in Indonesia, is the first Pacific president, and his current trip to Asia, beginning in Japan, is meant to underline his policy of “rebalancing” toward Asia. Although the phrase has miffed some Europeans, the policy isn’t intended to substitute US European commitments for Asian ones. Europe is a bedrock of US trade and foreign policy, and the site of the most extensive set of US military alliances (Washington is pledged to go to war to defend all the NATO member states, only one of which, Turkey, is partially outside Europe, in the Middle East).

On can think of US foreign policy and trade interests as having two fields, stable, established ones in Europe and Latin America, and frontiers of a sort– Africa, the Middle East, and Asia. The question for US political and economic entrepreneurs is which of the frontiers to concentrate on (the world is a big place and you can’t do everything). The Reagan and Bush administrations were fixated on the Middle East as the frontier.

Obama and his circle (with the possible exception of John Kerry) think the Middle East is a losing proposition and that the future opportunities lie in Asia. The original formulation, by Leon Panetta, perhaps had overtones of hostility to a rising China, whereas Mr. Kerry is known to be relatively friendly to China. One could say Panetta was an offensive realist on Asia, whereas Kerry is a liberal internationalist. Kerry is right that Asia is not a zero sum game. Both the US and China can make a lot of money there and can gain a lot of political traction there. Unlike in the Cold War, where the Soviet Union’s form of state socialism was inimical to and incompatible with US global trade and manufacturing, the Chinese have opened up a vast capitalist sector of their own.

The United States since the 1980s has invested enormous resources, not to mention blood and treasure, in the greater Middle East. The Reagan administration took revenge on the Soviet Union for the loss in Vietnam by deploying an Afghan jihad against Communist Afghanistan. The US navy fought a covert war against Iran in the Persian Gulf in the 1980s, as Reagan allied with Saddam Hussein of Iraq, as well. US troops were briefly committed to Lebanon.

The Clinton years saw less US entanglement in the region, but George W. Bush made the biggest impact on it since the age of colonialism, invading and occupying two major Middle Eastern countries and carrying out covert operations and engaging in close intelligence and security cooperation with many more. Oil and gas resources were part of the impetus for this profound American neo-colonialism in the Middle East, though echoes of the Cold War played a part. Thus, US involvement in Afghanistan, Central Asia and the Caucasus appears in part to have aimed at barricading Russia and ensuring that it did not reemerge as a great Power (a US and NATO aggressive strategy that is implicated in the current Ukraine crisis). And, the domestic US consideration of the wealthy and powerful Israel lobbies also pushed Bush in this direction, as Stephen Walt and John Mearsheimer have shown.

The enormous resources that the US invested in conquering and occupying the Middle East or in imposing itself as a hegemon there were almost completely wasted. Afghanistan is the fourth poorest country in the world, beset by narco-terrorism and facing a neo-Taliban insurgency, and it is difficult to imagine what good will come out of the long American occupation. Iraq is a basket case. An Iran-Saudi Arabia Cold War has polarized the region, with negative effects on Syria and Egypt. The far right wing Likud Party and its allies in Israel are intent on committing collective suicide by trying to absorb the West Bank into Israel, imagining they can find some way to avoid also absorbing the 4.4 million stateless Palestinians in the occupied Territories.

Getting involved in all that is almost certainly a losing game, diplomatically and militarily. As for the economic dimension, it has all the promise of air travel by blimp.

Oil and gas, the most important economic products of the Middle East, turn out to be about as good for us as drinking arsenic straight. They will decline radically as energy sources over the next 30 years and very possibly could become illegal. Oil still has value for plastics and fertilizer, but not nearly as much value as when used for fuel.

The Panetta idea of the US containing China or challenging it in Asia is an unwise one, though it is also true that China is beginning to abandon some of its earlier wisdom in seeking good relations with neighbors, in favor of making claims on islands also claimed by the Philippines and Japan. Mostly those islands have no real value, so it seems just to be throwing weight around a la George W. Bush. For this reason, even the right wing government of Shinzo Abe in Japan has abruptly ceased agitating to end US bases in Okinawa. The real question for Japan and the Philippines is how much they can depend on the US to stand up for their territorial integrity versus Beijing. The US would be better advised to attempt to broker diplomatic resolutions to those competing claims, and would likely have more success there than in Israel-Palestine.

The future of US trade is in Asia, not the Middle East. The future of energy is in Chinese and Japanese and American technological innovation in solar panels, wind turbines, wave and geothermal. The really promising opportunities for diplomacy and problem-solving are in Asia.

Obama is right. The Beltway Bandits, oilmen, arms lobbyists and domestic constituencies for US war-making in the Middle East have taken this country down a primrose path that turns out to be strewn with land mines.