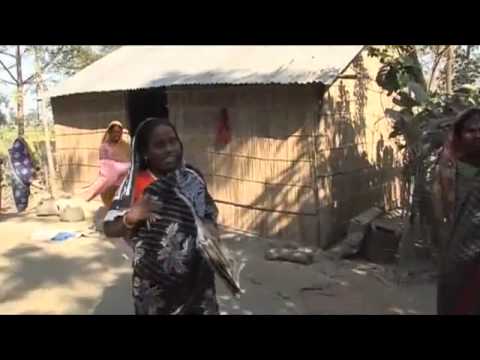 Recent examples of short-term climate disruption have done much to bring the overall issue of climate change up the political agenda. In responding to what will be one of the key challenges of the next decades – well beyond the 15-year lifetime of the post-2015 global development goals currently under discussion – much of the attention has been focused on the need to adapt to those elements of climate change that are already irreversible and also to the need to decarbonise existing high carbon-emitting economies. What needs much greater attention is the fundamental need to ensure that low-carbon emitters in the Global South are enabled to combine effective human development with responding to the challenges of climate change.

The scientific evidence that climate change is happening is now overwhelming and only a tiny handful of scientists question its anthropogenic causes. The most recent decadal report from the World Meteorological Office (WMO), for 2001-2010, confirms that climate change already involves disruption, with the decade seeing a clear increase in impact across the world. Events since 2010, including excessive heat waves, floods, droughts and the strongest land-fall cyclone (Typhoon Haiyan) ever recorded all point to accelerated disruption.

In recent years there has been a relative pause in the rate of atmospheric warming but research points to aspects of the Southern Oscillation being responsible, temporarily slowing the overall rate of warming of the atmosphere, but not of the oceans. This is expected to change in the second half of the current decade and the effect of this will be that anthropogenic-induced warming and natural cycles will be in synchrony, leading to rapid change and greater climatic disruption.

Climate change is thus expected to accelerate but there is, in addition, abundant evidence that it is already a markedly asymmetric process. There are many indications that substantial areas of the tropics and sub-tropics will heat up and dry out faster than temperate latitudes. This is significant for four reasons:

The other element of asymmetry – relatively faster warming of the near-Arctic – is directly advantageous to some countries, most notably Russia and Canada, both of whom stand to benefit in the short term in three ways:

These two countries are also major fossil fuel producers so they benefit through these revenues, including easier exploitation of Arctic reserves, as well as from the impact of their use since this is likely to enhance Arctic warming. It is hardly surprising that neither government has much interest in controlling carbon emissions. As a Permanent Observer at the Arctic Council, the UK could do much to work with the five Nordic countries, all Main Council Members, on this issue, also involving new observer states, such as China, India, Japan and South Korea that have an interest in new sea routes, but are increasingly aware of the potential direct negative impacts on their own economies of climate change.

The direct denial of climate change as a phenomenon affecting human society still persists and is most clearly seen in two powerful interest groups. One is the fossil fuel industry, especially oil companies and producer countries that have a clear interest in protecting their revenues. There are also major interest groups clustered around those who genuinely believe that the unrestricted free market form of capitalism is the only appropriate system for the global economy. As such they are deeply suspicious of governmental interference in the economy and therefore highly suspicious of a world-wide challenge that demands strong intergovernmental coordination and government action.

Both groups have been powerful and effective supporters of the denial community and though they are helped by the governmental attitudes of countries such as Russia and Canada, their greatest support came from the Bush administration in the United States in 2001-2009. Their influence is now declining for three broad reasons.

The two main responses to climate change currently envisaged are the progressive decarbonisation of carbon-intensive societies and the adaptation of high- and low- carbon societies to the impacts of climate change that are inevitable given the existing increases in atmospheric carbon. Both of these remain likely to gain in importance given the recognition of the huge challenges ahead. While the action so far is inadequate, it at least now shows signs of some prioritising. Whether the 80% carbon emission requirements of industrial societies can be achieved within twenty years is, at most, questionable, but it is now at least recognised as a worthy aim.

There is also recognition that adaptation is addressing symptoms rather than responding to causes – improved flood defences in a country such as Britain may well be necessary but unless climate change is halted they are just short-term responses that will progressively be overwhelmed. Similarly, there is already good work going on in aiding the adaptation of less developed economies through, for example, the breeding of robust food grain varieties more able to withstand low rainfall. Such work needs considerable expansion but this, and the progressive decarbonisation of high emitters still misses out a crucial element in responding to climate change.

In relative terms, the missing element is the low level of investment in the evolution of low-carbon economies of societies that have not substantially industrialised, mainly those in the tropical and sub-tropical regions of the Global South. Such countries include most of the most marginalised and poorest people on Earth where there is a deep-rooted desire for far greater life chances, yet these cannot be met through the modes of economic organisation of the industrialised North. If the marginalised majority is to see its development prospects enhanced then this has to be achieved through new forms of low-carbon economic development. Countries have to succeed without following the path taken by industrialised states over the past two hundred years.

It follows that there is a very strong case for a state such as the UK prioritising any form of development assistance which aids this process. Much of this will centre on any form of low carbon energy use, including a wide range of renewable technologies, with major improvements in energy conservation and storage. Much work is already going on in this area, not least in relation to renewable energy technologies readily available to non-networked societies. It is also notable that when technologies emerge which demonstrate obvious utility, the speed of take-up can be remarkable. The cell-phone revolution in sub-Saharan Africa is just one example.

Regrettably, UK Department for International Development (DFID) operational plans for 2013-14 indicate that low carbon development (LCD) targets from the Department’s 2011-15 strategy have been reduced or abandoned. The 2015 target for installed clean energy capacity has been reduced by almost 97%, from 3GW to 100MW. The original target to raise $610 million in private finance for LCD has disappeared, having raised $15 million by 2013.

If the UK development programme was to commit just 20% of its budget to this area of work, the results could be extremely valuable, especially if part of that was to encourage North-South research and development partnerships. Furthermore, while the British development programme has many faults, it has grown to be the world’s second largest and there is sufficient cross-party support for this to be sustained against opposition. Because of the size of this programme, the UK has a more powerful voice than most in intergovernmental fora relating to development. It can use this voice to help ensure that the commitment promoted here is shared by other national and intergovernmental development programmes.

Climate disruption is one of the greatest challenges facing humankind, a challenge that is at last becoming recognised as such because of the extreme nature of many recent weather events. Decarbonising major industrial economies and funding adaptation to the already inevitable impact of climate change are essential responses but they must be accompanied by major programmes to ensure that human development in the poorer economies can be fully accomplished through processes of low carbon economic development. This is a critically important task over the coming decades, is insufficiently recognised as such, and should be a priority for any serious political party committed to the world-wide development of human well-being.

Author: Paul Rogers is Global Security Consultant to Oxford Research Group (ORG) and Professor of Peace Studies at the University of Bradford. His ‘Monthly Global Security Briefings’ are available from our website, where visitors can sign-up to receive them via our newsletter each month. These briefings are circulated free of charge for non-profit use, but please consider making a donation to ORG, if you are able to do so.

Mirrored from The Oxford Research Group