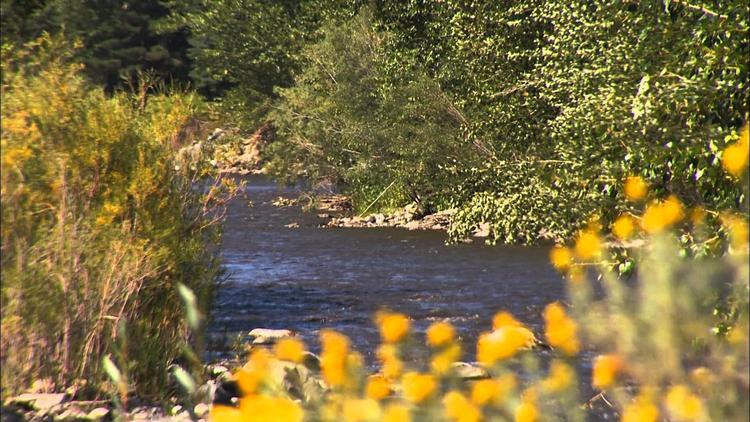 A Gallup poll has found that only 35% of Americans are concerned about climate change, and that proportion is barely up from the previous year.

Climate change has become a partisan issue in the US, such that a majority of Democrats is worried about it but only 29% of independents and only 16% of Republicans! The youth are more concerned than their elders.

The American public is reacting to climate change as though it were a lifestyle or culture wars issue, such as gay marriage or marijuana legalization.

They don’t seem to realize that the laws of physics don’t respect party affiliation. If you put 32 billion metric tons of carbon dioxide into the atmosphere every year, as human beings are currently doing by burning coal, oil and natural gas, then you will cause massive climate change.

Carbon dioxide is a greenhouse gas; more of it in the atmosphere interferes with the radiation back into space of the heat of the sun. In a lower CO2 environment, the sunlight hits the earth but then bounces back into space. If you keep that heat on earth, it increases average surface temperatures. This increase is now ongoing and dramatic. The difference between Venus (which is a fiery hell where molten lead runs in streams) and earth is that the atmosphere of Venus is full of greenhouse gases.

We have a choice over the next 15 to 20 years as to what kind of world we want to create over the next 100,000 years. If we hit the brakes on carbon dioxide emissions we could theoretically keep average surface warming to 3 degrees F. But if we go on like we are for 15 to 20 years, we will lock earth into an average surface temperature rise of 7 to 9 degrees Fahrenheit (climate scientists talking to Americans need to stop using Centrigrade, which appears to downplay the extent of the increase). Once you put that level of carbon dioxide into earth’s atmosphere, it takes a long time for it to be scrubbed back out by carbon sinks. Much of it will go into the oceans, where it will increase acidity and kill off the fish. Igneous rock will absorb some. Carbon sinks will take roughly 100,000 years to wash it back out. In the meantime, the glaciation cycle will be suspended and the whole world will become tropical, with loss of all surface ice and a loss of one-third of the earth’s land mass to sea level rise. The atmosphere will likely become unstable, with mega-storms that strip trees from the landscape. It is not clear that human beings as a species could survive in a 9 degrees F. increase world.

At the same time as they manage to turn a blind eye to these immense dangers, a bigger proportion of Americans is concerned with environmental threats. They are afraid of poisoning of their drinking water, of contamination of their soil, of the pollution of rivers and lakes, the extinction of animal and plant species, and the loss of tropical rainforest.

Obviously, climatologists need to point out to them that man-made climate change will in fact produce a degradation of their environment in all these areas where the public is already anxious.

The Environmental Protection Agency points out, for instance, that:

“Climate change can have a variety of impacts on surface water, drinking water, and ground water quality. Higher water temperatures and changes in the timing, intensity, and duration of precipitation can affect water quality. Higher air temperatures (particularly in the summer), earlier snowmelt, and potential decreases in summer precipitation could increase the risk of drought. The frequency and intensity of floods could also increase. In addition, sea level rise may affect freshwater quality by increasing the salinity of coastal rivers and bays and causing saltwater intrusion—the movement of saline water into fresh ground water resources in coastal regions.”

Let’s just underline all this. If a majority of Americans is worried about the purity of their drinking water, they should be worried about climate change impacts on drinking water. Sea level rise will turn fresh water salt in coastal regions. Water will be scarcer with the increase in dry spells. As surface ice disappears, snowmelt water for drinking will literally evaporate (millions of people depend on this source around the world). In addition, extreme weather events caused by climate change include powerful rain storms and flooding (as happened in Britain this winter). Flooding can wash untreated toxic waste into our drinking water, with disease risks that include hepatitis and even cholera.

As for extinction of plants and animals, CO2-induced climate change is a major threat to many species. Some kinds of toads, penguins, cod, coral and bears are already in big trouble.

In the seas, where acidification is happening faster than any time in 300 million years, a sixth great extinction may already have begun. Loss of marine life would starve millions of human beings. But tiny sea creatures called phytoplanckton also produce 40 percent of our oxygen, and killing them off could suffocate us.

There isn’t anything more illogical than a majority or plurality of Americans worrying about environmental issues but being sanguine about climate change. Human-produced carbon dioxide is the most pressing environmental crisis the human species has faced in its 150,000-year existence. The little Republican children now toddling about at playgrounds are going to be hit by that crisis just as hard as everyone else. Their grandparents should be ashamed of themselves for throwing them to the hydrocarbon lions.