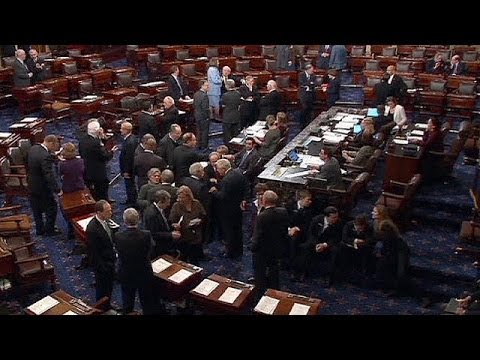 The U.S. Senate Intelligence Committee voted Thursday to partially lift the media and public blackout of its 6,300 page investigation into widespread CIA torture, extrajudicial detentions, unlawful renditions, and lying to the U.S. government in the so-called 'War on Terror.'

In an 11 to 3 decision, the committee voted to submit the executive summary and conclusions of the report on the CIA Detention and Interrogation Program to the White House for declassification. According to Senator Dianne Feinstein (D-California), the full report "will be held for declassification at a later time."

"The CIA is hoping and expecting to get another crack at hiding as much of the report as they can." —Christopher Anders, ACLU

The CIA is expected to play a major role in the declassification process, including redaction of information, despite allegations that the CIA spied on the Senate staffers while they were creating the report.

In an open letter to President Obama released last week, a coalition of human rights organizations slammed the potential inclusion of the CIA as an "inherent conflict of interest."

"The CIA is hoping and expecting to get another crack at hiding as much of the report as they can," said Christopher Anders, senior legislative counsel with the American Civil Liberties Union, in an interview with Common Dreams.

While the report was completed over a year ago, it remains secret despite President Obama's previous pledge to declassify the findings. Thursday's vote follows years of pressure from people and organizations across the world to disclose the full extent of abuses carried out by the CIA, as well as the military, FBI, and other U.S. bodies.

While the investigation remains hidden, a Tuesday Washington Post report, based on information from anonymous U.S. officials, says the report charges the CIA lied to the U.S. Congress, Justice Department, White House, and public for years about its brutal interrogation techniques by hiding the extent of abuse and falsely claiming the torture was necessary to save lives. Furthermore, it unveils new information about torture and abuse at CIA 'black sites.'

Torture survivors have added their voices to the calls for full release of the report. Abdelhakim Belhadj is a Libbyan anti-Gadaffi dissident Libyan anti-Gaddafi dissident who was "‘rendered’ and tortured – along with his pregnant wife, Fatima Boudchar – in a joint CIA-MI6 operation in 2004," according to the charity Reprieve. In a statement released Thursday, he declared, “My wife and I very much hope this report will be declassified, so the American people can read the truth about the terrible mistakes made in their name."