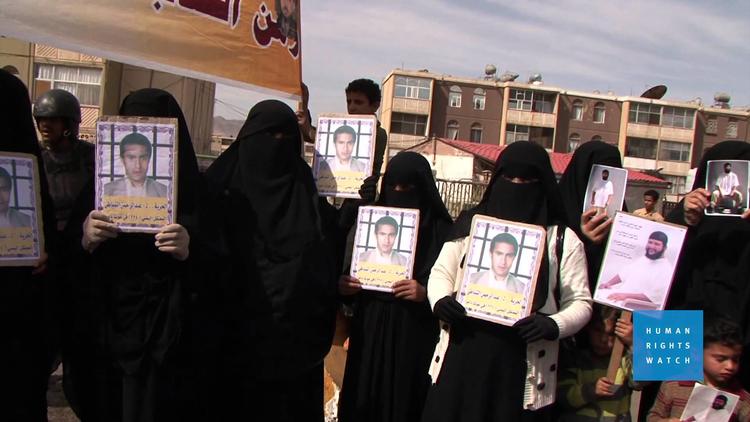 “President Obama lifted his moratorium on returns to Yemen nearly a year ago, yet the Yemenis OK’d for release remained trapped in Guantanamo largely because of their nationality,” said Andrea Prasow, senior national security counsel at Human Rights Watch. “If the president truly intends to close Guantanamo, he needs to repatriate the Yemenis, some of whom were cleared more than four years ago.”

On his second full day in office, Obama pledged to close the Guantanamo detention center, and reiterated that commitment in his 2014 State of the Union address. Yet 154 men remain in Guantanamo, including 88 Yemenis. The return of Yemeni detainees, most of whom have never been charged, is an essential component of any plan to close the detention facility, Human Rights Watch said.

The long-time detention of individuals without charge or trial, and thus an indeterminate imprisonment, creates hardships for their families, Human Rights Watch said. Abdulqadir Idris, a Yemeni whose brother was recommended for transfer from Guantanamo four years ago, told Human Rights Watch: “If they don’t release him now, when do they plan to release him? … He is in prison, but we don’t know if he’s been sent to trial. Is he guilty, not guilty?”

Aziz Ahmed al-Methali, the father of a Yemeni detainee who has been neither charged nor cleared for release, said: “When he was first detained, we expected him to be there a month, maybe a year. We still believed in the fair and just systems of the US. But when it went on 13 years, I understood that they lack a sense of humanity. They have no mercy. They can’t discriminate between the innocent and the criminal.”

The vast majority of detainees at Guantanamo are being held in prolonged indefinite detention without charge or trial, in violation of international human rights law. Alleged mastermind Khalid Sheikh Mohammed and four others implicated in the September 11, 2001 attacks, as well as a Saudi national charged with the 2000 attack on the USS Cole, are being tried before the fundamentally flawed military commissions at Guantanamo. Human Rights Watch has long called on the United States to either prosecute detainees in trials that meet international due process standards, or release them.

“Unlawfully detaining people for years unjustly punishes them and their families,” Prasow said. “Repatriating men to Yemen who were recommended for return years ago is an essential step towards rejecting indefinite detention without charge.”