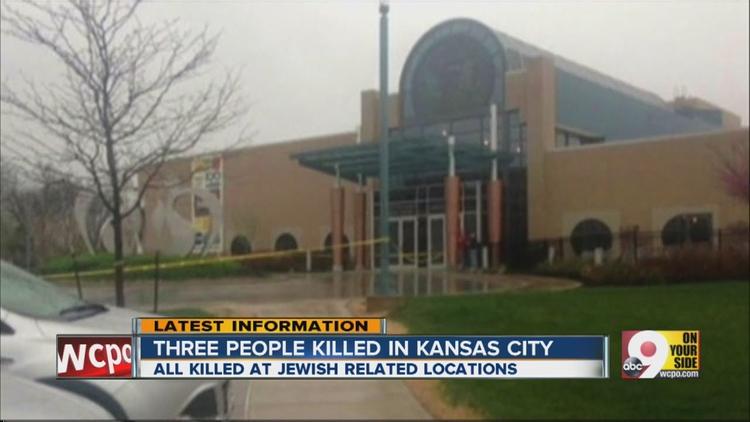 My Top Ten differences between White Terrorists and Others, judging by the Facebook shares, must be among the more popular pieces I have ever written. It keeps being proven correct by American journalism every day.

I get hot under the collar thinking about all the effort the US government is expending to monitor who we call and where we are when we do it–in the hundreds of millions!– and about all the surveillance of innocent American citizens of Muslim faith and of mosques, when the American fascists receive much less focus. If a group is armed and announces its purpose is to spread hate of another group, wouldn’t that warrant some surveillance? By surveiling us all, precious person power is being wasted.

Thus, we had the horrible day-before-Passover attack on two Jewish community facilities outside Kansas City, KS allegedly committed by a Grand Dragon of the Ku Klux Klan (Frazier Glenn Cross or “Miller”, which left 3 people dead. My heart goes out to the innocent victims of hate. I put “Kansas” and “terrorism” in a search of Google News and did not get a single hit on this incident, which tells me that no US news services are describing it that way. Heck, the LA Times said authorities are cautioning that it is too soon even to call the shootings a “hate crime.” Since the shooter is said to have shouted “Heil Hitler,” I’m going to go out on a limb and say it was a hate crime. And I’m also pretty sure it was a form of terrorism.

Likewise, if you search for Wade Michael Page, the white supremacist who shot down Sikhs, “and terrorism,” you only get opinion pages and blogs, not MSM sites.

But a where a lone gunman committing a hate crime is a Muslim, there’s a demand to use the T-word. Moreover, there is the peculiar American practice of laying collective guilt on all Muslims for what any one wacko amongst them does. White people get a pass on having violent and destructive wackos among them. (In fact, almost all American Muslims are normal law-abiding and productive citizens– many are physicians and other professionals, business people, etc.; it isn’t their fault if West Asia is going through some turmoil these days; Europe went through a lot of turmoil and violence 1914-1945 and we don’t think Europeans in general are weird.)

Or then you have the stand-off between armed far right wing extremists in Nevada and the Bureau of Land Management. For more on this episode see this diary at Daily Kos. They openly admit to being armed private militias with names like “Praetorian Guard,” and they are breaking the law and trying to intimidate government officials. But Federal authorities are treating them with kid gloves. Even though they are certainly organized and deploying terror to make a political point, no one is calling them “terrorists.” (The Oklahoma City bombings caused LE to be cautious in confronting the far right extremists; maybe that’s why they are monitoring millions of innocent people instead, who they know won’t push back.)

This is the way the US Federal Code defines domestic terrorism:

” the term “domestic terrorism” means activities that—
(A) involve acts dangerous to human life that are a violation of the criminal laws of the United States or of any State;
(B) appear to be intended—
(i) to intimidate or coerce a civilian population;
(ii) to influence the policy of a government by intimidation or coercion; or
(iii) to affect the conduct of a government by mass destruction, assassination, or kidnapping; and
(C) occur primarily within the territorial jurisdiction of the United States. ”

If the person accused of the shootings at Jewish facilities is guilty, he was certainly trying to intimidate a civilian population! And the Nevada cattle grazing extremists, if their behavior is being accurately described in the press, are trying to affect the conduct of government with threatened violence.