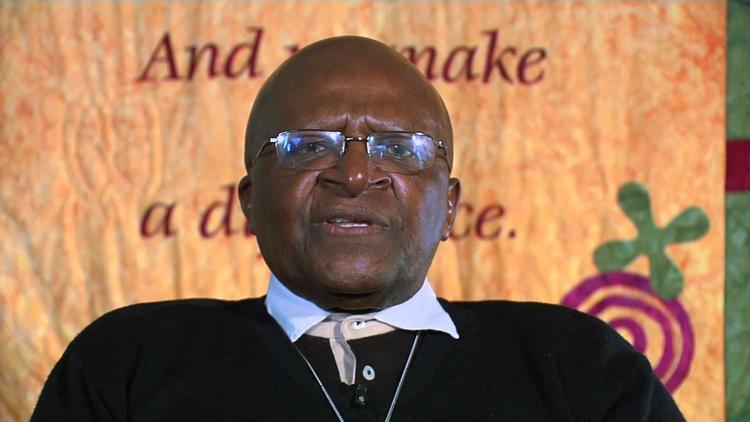 Nobel laureate says ‘people of conscience’ must break ties with oil and gas companies that are destroying planet’s future.

Archbishop of South Africa and Nobel Peace Prize laureate Desmond Tutu is saying their is no longer any excuse for not doing everything humanly possible to fight climate change and called on Thursday for an international "anti-apartheid-style boycott" against the fossil fuel industry.

In a striking essay and call to action in the Guardian newspaper, Tutu writes: "People of conscience need to break their ties with corporations financing the injustice of climate change."

"It makes no sense to invest in companies that undermine our future. To serve as custodians of creation is not an empty title; it requires that we act, and with all the urgency this dire situation demands." —Desmond Tutu

As examples, Tutu said people can and should boycott events, sports teams and media outlets sponsored by oil and gas companies. He also touted divestment by municipalities and universities have broken ties with the industry and called for public health warnings against products associated with the carbon-reliant economy.

"We cannot necessarily bankrupt the fossil fuel industry," said Tutu. "But we can take steps to reduce its political clout, and hold those who rake in the profits accountable for cleaning up the mess."

The Archbishop's intervention, timed ahead of Sunday's UN report, is the strongest yet in a rapidly growing global campaign against oil, gas and coal companies that is uniting campaigners against global warming with major financial institutions seeking to avoid a trillion-dollar crash in fossil fuel stocks. A leaked draft of the Intergovernmental Panel on Climate Change report states investment in fossil fuels must start falling by tens of billions a year to avoid dangerous levels of warming.

The good news, according to Tutu, is that a divestment campaign is already underway, having started 18 months ago in the US. Since then, it has grown even faster than those that targeted apartheid, tobacco and arms manufacturers, according to research from the University of Oxford.

The research showed past divestment campaigns succeeded by stigmatising their targets – which Tutu calls "moral pressure" – as well as exerting financial pressure.

"It makes no sense to invest in companies that undermine our future," concluded Tutu in his missive to the world. "To serve as custodians of creation is not an empty title; it requires that we act, and with all the urgency this dire situation demands."