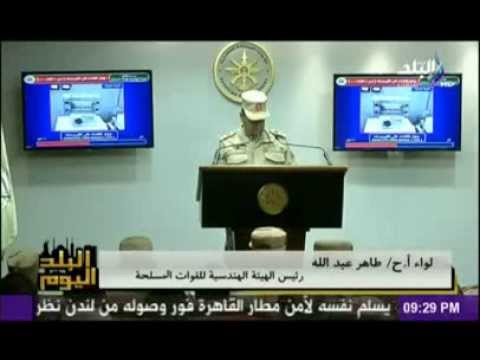 (By Charles Kurzman via IslamiCommentary)

Abdel Fattah al-Sisi, the military ruler of Egypt for the past nine months, is no ordinary candidate for president. He is a saint, or so say some of his supporters.

A cleric at al-Azhar seminary likened him to ancient prophets. An eminent civic leader called him Egypt’s “savior from darkness.” Some Egyptians saw his face in a cloud.

A newspaper columnist said that he “has only to wink” at her, and “if he wants to take four wives, we’re at his service.” ”He exudes a magic charm,” another columnist gushed, and “for those who raise an eyebrow at the portraits, flags, pins, pictures, chocolates, cups and other forms of Al-Sisi mania that fill the streets of Egypt, it is only a fraction of the love and appreciation we feel for this strong yet modest, soft-spoken, sincere and compassionate leader. It is Kismet.”

Al-Sisi apparently believes in kismet too. In an interview last fall, he revealed that his presidency was foretold years ago in a dream.

Still, the Egyptian government is not relying on fate. Ever since al-Sisi deposed President Mohammad Morsi last summer, the Egyptian government has worked to stoke popular adulation for the general. Al-Sisi’s face is featured on billboards outside government buildings, including a giant gilt-framed poster at the Supreme Court that reads: “We love you, we support you, we pledge allegiance to you, O Sisi , as president, as commander, as leader.”

In January, al-Sisi had himself promoted from general to “field marshal.”

In February, the government arranged a press conference to announce that al-Sisi had helped Egyptian military doctors cure AIDS and hepatitis C. “I thank Mr. Field Marshal, who cared for this research,” the supposed researcher said on an Egyptian news broadcast. “He prodded me with sayings that still ring in my ears. He said that we are lagging behind and cannot walk like other people, we need to jump, and this is the first jump, God willing: conquering AIDS worldwide, God willing.”

Is al-Sisi’s public relations campaign working? According to Wikipedia, al-Sisi is a “popular hero” facing “demands to run for president.” (Those are actual headings from Wikipedia’s English-language biography of El-Sisi; this overt bias is absent from the corresponding Arabic-language page.)

But there are other indications that al-Sisi’s popularity is far from unanimous.

By early 2014, after months of concerted campaigning, al-Sisi’s numbers had crept upward. Two polls — one by the Ibn Khaldun Center in early February and one by the Egyptian Center for Public Opinion Research in early March — found just over half of respondents favoring El-Sisi for president.

With the banning of Morsi’s Freedom and Justice Party, the largest political movement in Egypt, al-Sisi would seem to have little difficulty winning the presidency. But the narrow majority in these polls suggests that his popular acclaim falls short of the “broad masses of the Egyptian people who have asked me to seek this honor,” as al-Sisi claimed when announcing his candidacy this week.

Indeed, al-Sisi’s authoritarian actions — the bloody repression of Morsi’s supporters, the imprisonment of journalists and arrest warrants for academics — have likely reduced his standing among many Egyptians, even among those who supported the deposing of Morsi.

Egypt’s political strife over the past year raises serious questions for Egyptians and for the world. Should an unpopular elected government be removed by force? Should political and religious groups be banned if they are suspected of seeking absolute power? If they are banned, is contesting the ban a criminal act too?

By ducking these hard questions, the personality cult of Saint Francis al-Sisi exposes Egypt to further polarization and violence.

Charles Kurzman is a Professor of Sociology at the University of North Carolina at Chapel Hill and author of “The Missing Martyrs: Why There Are So Few Muslim Terrorists” (Oxford University Press, 2011). He is also co-director of UNC Chapel Hill’s Carolina Center for the Study of the Middle East and Muslim Civilizations and a regular contributor to ISLAMiCommentary.