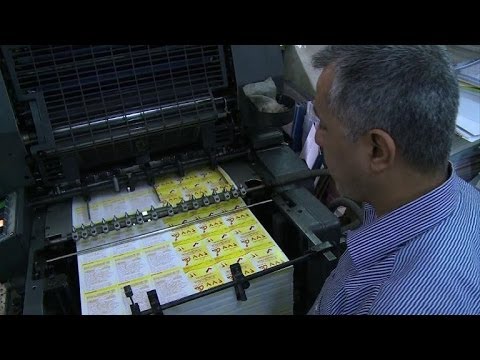 Election posters are everywhere now that campaigning has officially started.

Campaigning for Iraq’s general elections officially began this week on April 1. And several trends are already noticeable. The bigger the posters the better. Local politicians are doing a lot of door knocking. And nobody seems to want to share their constructive plans for the country’s future – they’re more interested in criticising their opponents.

Within hours of the official start of campaigning for Iraq’s general elections, due to be held at the end of the month, the streets of every major city were, quite literally, full of campaign posters. It seemed as if the various parties were not just in a race to win votes, they were also racing to occupy the most visible parts of each city with their campaign materials.

The general elections, the first to be held since US forces left the country, will take place on April 30 and will see around 9040 candidates competing for 328 seats in Baghdad’s Parliament, within 39 major coalitions, with Shiite Muslim, Sunni Muslim and Kurdish being the main flavours.

The most vital places for politicking seem to be public squares and the entrances and exits to bridges – because many locals use these whether they are driving or walking. Additionally election campaigners are doing their best to get permission to hang posters on the largest buildings and biggest bridges.

“The emphasis is always on the wealthier areas – especially in Baghdad,” Samad al-Qadi tells NIQASH; he’s been contracted to distribute campaign materials for one of the country’s larger political parties and he’s employed 50 other people to help him. “Areas like Karrada, Mansour and Sadoun are most popular to hang posters and banners in Baghdad.”

The difference between the funds available to smaller and larger parties became apparent almost immediately. Large parties like the mostly Shiite Muslim State of Law bloc, headed by current Prime Minister Nouri al-Maliki, the Muwaitin, or Citizen bloc, which represents the interests of another big Shiite Muslim party, the Islamic Supreme Council of Iraq, and the United coalition, which is led by senior Sunni Muslim politician, Osama al-Nujaifi, all distinguished themselves with the size and number of posters they were able to have hung, and not just in Baghdad, but right around the country.

Meanwhile the smaller parties and blocs are just handing out promotional flyers and cards, distributing them by hand to people on the street, at universities and in work places, because they don’t have the budget to print larger posters or to pay contractors to distribute them.

“The big parties are using state funds to finance their campaigns,” Bassem Mohammed, one of the candidates for the smaller Gathering for Justice and Unity party based in Basra, said. “They’re doing this through the ministers they have who are affiliated with their various parties.”

“This means that candidates don’t have equal financial means and that is not fair,” Mohammed continued. “Some can spend hundreds of thousands on their campaigns whereas smaller parties struggle to print one or two posters and hang them on the street.”

“Over the past few days we’ve had dozens of candidates come through here wanting to print up election materials and campaign posters,” Rami Hanna, the owner of an advertising and printing company, confirmed to NIQASH; companies like his are flourishing right now as the demand for their services is high. “Some of them – from larger parties -don’t object to the high prices I charge. But the smaller parties cannot produce large posters; they only print small numbers of promotional flyers.”

The other thing that was immediately obvious when campaigning started was how politicians were seen out and about, trying to woo potential voters in their districts. They were visiting people in their homes and in the poorer areas of town, they also distributed food and clothing.

This doesn’t always go as planned. “Two days ago we chased some candidates out of here,” says a man who wished to be known only as Aboud – he lives in one of Baghdad’s poorest southern neighbourhoods in a shanty town. “We knew that some of them already had government jobs. And in the past they have completely ignored us when we told them about the terrible conditions in which we are living here. Candidates are liars,” Aboud insists. “They only visit us when there’s an election and they’re bringing us food so that we will vote for them!”

Additionally, the other big trend noticeable during campaigning was the sheer lack of any constructive message from most candidates. While some have praised the fact that there seem to be less overtly sectarian messages as part of the campaigns, political parties are hardly advertising their platforms or future plans to entice voters. Instead they’re using television and newspapers to attack their opponents, most often accusing them of corruption and other crimes. And they’re doing this rather than emphasizing their own good work or achievements while in government. One of the most common campaign plans seems to involve simply criticizing the Prime Minister and blaming him for the ongoing deterioration in security in the country.

Speaking of which, in the troubled Iraqi province of Anbar, election campaigning has not been easy at all. Firstly, it will not be possible to hold elections in some of the province’s major cities. Fallujah, parts of Ramadi and a smaller city called Karmah are both under control of anti-government forces, who include extremist groups like the Al Qaeda-associated Islamic State of Iraq and the Levant, or ISIL.

“Candidates in Anbar belonging to the different blocs cannot really campaign because of on-going military operations,” Hamid al-Mutlaq, one of Anbar’s Sunni Muslim candidates, says.  Additionally al-Mutlaq says that candidates are too scared to hang posters in the streets that feature their faces because they might then be more easily identifiable to extremists who will target them. Local candidates cannot even visit the areas where they may have influence because of the Iraqi government’s military operations against anti-government groups.

“People here also tend not to care very much about these elections,” one tribal leader from Ramadi, Jaber al-Jumaili, told NIQASH. “They are busy worrying about their families and how to provide for them.”