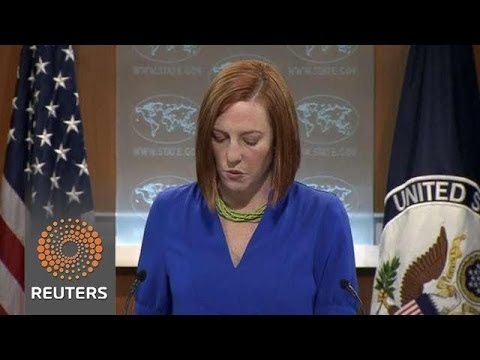 This week the Fateh Party (secular Arab nationalist) of Palestine President Mahmoud Abbas met in Gaza with members of the Hamas Party (fundamentalist Muslim), seeking a reconciliation and a government of national unity.

The Ra’y News Service of Gaza wrote, “The Palestinian Government has welcomed the [reconciliation] delegation sent by President Mahmud Abbas. It also welcomed the arrival of Dr Musa Abu-Marzuq, member of Hamas Political Bureau, into Gaza. The Government further voiced its full support for the efforts exerted to achieve national reconciliation.” (trans. via BBC Monitoring)

The two sides agreed that in 5 weeks a government of national unity will be appointed by Mahmoud Abbas. There will then be new elections for a president and parliament, to be held no later than 6 months after the new government is sworn in.

Many observers are deeply skeptical that anything will come out of this diplomatic step. It seeks to reverse a 7-year-old political schism in the Palestinian movement. In January 2006, the fundamentalist Hamas Party won the parliamentary elections. This outcome was not acceptable to Israel and the Bush administration, and they connived with the secular Palestine Liberation Organization to overthrow the Hamas government in the West Bank, in which they succeeded. A similar attempt at a coup in the Gaza Strip failed, however. Gradually journalists and politicians have forgotten who was elected and who made the coup, so that you often see the Hamas government in Gaza described as the one that came to power by force. Rather, it is the remnant of the decision the electorate made in 2006.

In 2007 Israel put Gaza under a severe blockade, including its civilian population, which has destroyed the economy, created massive unemployment, and caused a majority of families to be food insecure. It is illegal for an Occupying power to impose collective punishment on a civilian population for which it has responsibility.

President Mahmoud Abbas’s formal term ran out a long time ago, but he has stayed on as president, and appoints a prime minister even though the 2006 Hamas-dominated parliament should be doing that. (The Israelis kidnapped about a third of those elected parliament members at one point, as well as many cabinet members; they consider Hamas a terrorist organization).

The “Gaza Agreement” of yesterday, Wednesday, consisted of 5 points: 1) The formation of a government of national unity, 2) the holding of elections, 3) the re-formation of the security forces, 4) implementing social reforms, and 5) the implementation of general liberties.

Hamas leader Ismail Haniya announced the “end of the long political divorce” with a big smile.

But Fateh and Hamas fighters have gotten into firefights with one another over the years, and it will take more than a one-day piece of diplomacy to overcome the bitterness between the two.

But the hostility of Israel and the US to a Palestinian internal reconciliation also derives from their desire to divide and rule. A united Palestinian front would make that strategy much less salient. If the 4.4 million Palestinians in the Occupied territories could speak with a single voice, they would nearly have the weight of the 5.5 million Israeli Jews.

The US spokesperson said that Israel cannot be expected to negotiate with a party that does not believe it has a right to exist. The hypocrisy and irony is thick. Israel doesn’t recognize the right of Palestine to exist. As for the demand that Hamas renounce violence, likewise, Israel has not renounced violent aggression toward the Palestinians, something it and its settler surrogates engage in daily. The fact is that parties to negotiations are often engaged in violence against one another (hence the negotiations) and often don’t recognize each other’s legitimacy at the start.

Israeli Prime Minister Binyamin Netanyahu denounced the Gaza Accord and said that Mahmoud Abbas’s move signaled the end of the Palestine-Israel negotiations.

Since Israel has settled thousands of squatters on Palestinian land in the West Bank since last August with the US-brokered talks began, it is difficult to see what the Palestinians gained from these negotiations, about which the ruling Israeli Likud Party was never serious (and its far right wing partners in the government were either less serious or were openly hostile to the talks). Mahmoud Abbas keeps demanding a final status map from Netanyahu, who declines to provide one.

What really dismays Washington and Tel Aviv, however, is the prospect of having to deal with the whole Palestinian people, not just a couple of hand-picked corrupt old warhorses who are easily bribed and intimidated. False flag tricks to separate the Palestinians again, which worked in 2007, are no doubt already in preparation. The sad thing is that they won’t even have to try very hard. The Palestinians, having been massively displaced and made stateless by the Israelis over several wars, are inevitably weak and divided. The US and Israel have long taken advantage of the victimization of the victims to further victimize them.