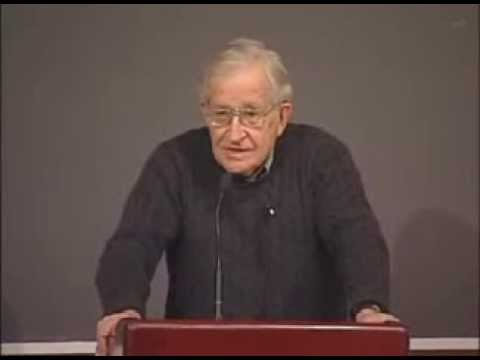 In a closed-room meeting of the Trilateral Commission last Friday, Secretary of State John Kerry warned that Israel is on the verge of becoming an Apartheid state, according to a recording obtained by The Daily Beast.

The remark will raise a firestorm of criticism from Palestine-deniers, who are if anything more blindered and fanatical than climate-change deniers. What is sad is that Kerry phrased it in the future tense. That cow was out of the barn a long time ago.

As the Daily Beast noted, the Rome Statute defined Apartheid as “inhumane acts… committed in the context of an institutionalized regime of systematic oppression and domination by one racial group over any other racial group or groups and committed with the intention of maintaining that regime.”

Israeli society inside 1967 borders is not broadly characterized by Apartheid conditions, though Palestinian-Israelis do labor under legal forms of discrimination. For instance, unless their villages are “recognized,” they cannot receive water and other municipal services and are threatened with dispersal. Since no Jewish villages are unrecognized, this separate status for (indigenous!) Palestinian-Israeli villages is Apartheid-like. Still, the most thorough comparison of the Apartheid system of racial segregation with Israeli practices can only be made of the West Bank and Gaza, where Palestinians are ruled by Israel but kept stateless and without rights.

1. South Africa created Bantustans as a way of denaturalizing Blacks, ensuring that they could not vote for the national government and were assigned citizenship only in their weak Bantustan.

Gaza and the West Bank function as Bantustans, as South African Blacks have no trouble recognizing. Indeed, a former Italian prime minister maintains that former Israeli PM Ariel Sharon told him he thought the Bantustan system was the best way of dealing with the Palestinians. The Palestinians living in these occupied territories have no citizenship in any real state. They are stateless. The West Bank has been segmented into 8 units. Palestinians cannot travel between them without going through numerous checkpoints. They cannot vote for the Israeli government, but they are ultimately controlled by the Israeli military. When in 2006 they were allowed to hold elections for a toothless “parliament,” and they cheekily elected a party the Israelis find unacceptable, the election results were overturned by Israel.

2. South Africa instituted a “pass” system to control the movement of Blacks.

Israel instituted a “permit” system to control the movement of Palestinians. West Bank Palestinians cannot live outside the 8 designated areas without a permit. Desmond Tutu, who knows a bit about Apartheid South Africa, remarked of seeing, on his visit to the Occupied West Bank, “the humiliation of the Palestinians at checkpoints and roadblocks, suffering like us when young white police officers prevented us from moving about”.

3. In Apartheid South Africa, 80% of the land was set aside for white settlers.

Israel itself was ethnically cleansed of 750,000 Palestinians in 1948, and was designated “Jewish,” such that the expelled Palestinians (now millions strong) were denied the right to return to their homes. Some 70% of the residents of the Gaza Strip are from southern Israel, and cannot return to their nearby homes in cities such as Sderot, where Israelis have settled Ethiopians and Thai guest workers. In the Palestinian West Bank, some 600,000 Israeli squatters have usurped significant amounts of land from Palestinians, for which they paid nothing to the original owners, and their squatter settlements are off-limits to Palestinians, who cannot live in them.

4. In Apartheid South Africa, Blacks from the Bantustans could not attend universities designated for whites.

In the Occupied Palestinian West Bank, the Israeli military governor has recognized a squatter university, Ariel, built on usurped Palestinian land. Although Palestinian-Israelis can attend, stateless West Bank Palestinians cannot get on campus because they are barred from settlements by the Apartheid pass system, as Dahlia Scheindlin wrote at 972mag:

“Member of Knesset Zahava Galon, head of the Meretz party, scoffed at that. Ariel, she told me by phone, is off limits for Palestinians very simply because it is an Israeli-controlled settlement. Just as a West Bank Palestinian can’t go to Jerusalem or Tel Aviv easily, they are equally unwelcome in Ariel. For her, the move reeked of hypocrisy. “It’s a higher education committee approved by people in uniform, so what is the substantive meaning? It’s unbelievable.” She called it a sign of the government’s true program of “creeping annexation,” and remarked that it would legitimize the global movements calling for the academic boycott of Israel.”

TheRealNews from a couple of weeks ago: “Where Are Israeli-Palestinian Peace Negotiations Headed? ”