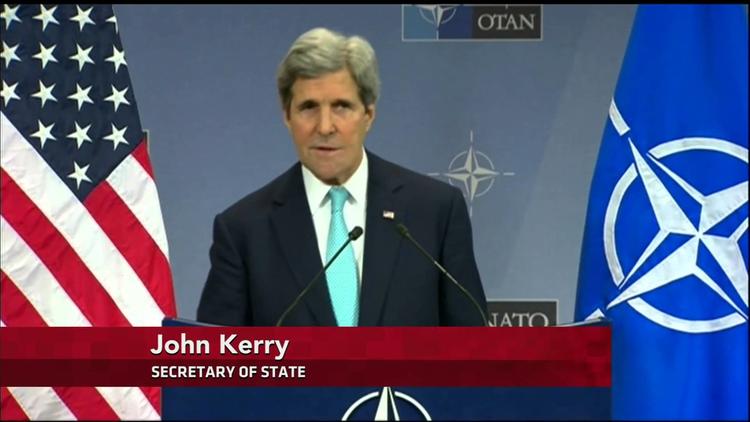 Palestine president Mahmoud Abbas on Tuesday signed a some 15 international treaties and UN legal instruments, including the Geneva Conventions, in preparation for going to the International Criminal Court over Israel’s illegal flooding of hundreds of thousands of Israeli squatters into the West Bank. These squatters have for the most part never paid Palestinians for the land on which they build their homes. They completely exclude Palestinians from their colonies on Palestinian land. Often they prevent Palestinian farmers from harvesting their crops near the settlements. They commit vandalism against Palestinian property and sometimes just shoot down Palestinian civilians. Over time, they aim to make an Palestinian state impossible by turning it prospective territory into Swiss cheese.

“In an important speech carried in Arabic by WAFA on March 12, Mahmoud Abbas explained that his commitment to the negotiations was time-bound, for a nine-month period, while Kerry tried to hammer out an agreement, especially on security and borders. Quotes below are from a USG translation carried by BBC Monitoring.

Abbas said that there was another negotiating track, completely distinct from the first, having to do with the Palestinian request that Israel release 104 prisoners in 4 groups. These prisoners had been arrested before 1993, i.e. before the Oslo Peace Accord. Basically he was pledging, he said, to forgo any resort to the International Criminal Court as a newly minted non-member observer state at the United Nations, for nine months if Israel would release these prisoners. This second track had, he said, nothing whatsoever to do with the first. That is, Israel was just buying time for its illegal settlement of Occupied Palestinian land by releasing the prisoners.”

The Israelis had pledged to release over 100 prisoners, but balked at letting the last group of 25 or so go unless Abbas agreed to extend negotiations past the deadline of April 29. These were prisoners jailed before the 1993 Oslo peace accords (on all the provisions of which Israel has by now reneged). It is not clear why the PLO had been willing to forgo the powerful tool of going to UN institutions for the release of 125 prisoners (Israel holds thousands).

The Palestinians maintain that the prisoner release is completely unrelated to the final status negotiations over the shape of a Palestinian state, and that the quid pro quo there was that they had put off going to the UN, not that they were involved in negotiations. So when the Israelis declined to release the last group on schedule, the Palestinians signed the UN instruments and treaties that would strengthen their hand when and if they take their case to the International Criminal Court. They are also joining more UN agencies and committees, something both Israel and the US have opposed, since they don’t want Palestine recognized as a state by the international community before Israel itself can set the terms for such a state.

The ICC was established by the 2002 Rome Statute, so that previous generations of Palestinians would not have been able to resort to it. Even then, it could only take up cases of member nations, and since Israel had not signed the treaty and Palestine was not a member state, the ICC could not consider the case of Palestine until recently. Another way a non-member state can be taken to the ICC is if the UN Security Council forwards a case to it. But the US screws over the Palestinians by consistently vetoing any UNSC ruling against Israel.

When the United Nations General Assembly voted in 2012 to admit Palestine as a non-member UN observer state (the same status as the Vatican enjoys), however, it opened the door for Palestine to take Israel’s squatting policy to the ICC. Palestine as an observer state can sign the Rome Statute and can initiate a case against Israel. Previous to 2012, Palestinians had no standing before the court since they were not recognized as a state at all.

The Palestinian leadership is said to have unanimously backed Abbas in taking this step.

Abbas said, “We do not want to use this right against anyone, and do not want a confrontation with America. For we have an excellent relationship with it.” He praised Secretary of State John Kerry for his energetic diplomacy on the issue.

“We just could find no other path forward.” Given Israeli footdragging on the prisoner release, Abbas said, he was going to join UN organizations and agencies. He had agreed to put that off for 9 months, but that period has come to a close.

Palestine has gained nothing from the negotiations, since Israel has increased the size of the settlements and announced thousands of new housing units on Palestinian land since August when they began. In essence, Israel has been grabbing up the very territory over which the negotiations are being held– sort of like if you’re talking with friend how to share a piece of cake when suddenly he starts eating it up.