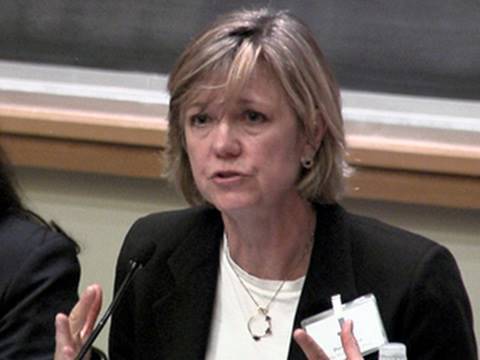 The Pulitzer Prize committee’s opinion that Edward Snowden is a public servant rather than a traitor or criminal, as evidenced in its award to The Guardian and The Washington Post for their reporting from his trove of government documents, is a scandal on the American Right. But it is not a new scandal. Journalism is about the public’s right to know what our government is up to. The National Security State is about preventing us from knowing what it is up to. The potential for black cells to operate within the secret government, beyond oversight of any elected official, should be obvious. Those who value order and authority and obedience over critical public debate abhor investigative journalism. Always have, always will. Voltaire had to flee several courts and several cities over the course of his lifetime, because of his writings, under threat of arbitrary royal decrees.

The other impact of the Pulitzer to The Guardian (USA edn) is to lay to rest the question of whether Glenn Greenwald is a journalist. Of course he is, and a very good one, but the middle-of-the-road American tradition of faux ‘objectivity’ of tone in journalism had led some to view him as an ‘activist.’ Note that Judith Miller was not tagged in a similar way, so apparently having strong commitments is only bad if they rock the boat of the Establishment.

Eve Berliner reminded us that the Pulitzer has gone in the past to persons viewed by the Right as traitors. She quotes the odious Bill Bennett, who served in the Reagan and Bush senior administrations, regarding Dana Priest, James Risen and Eric Lichtblau, who won Pulitzers in 2006 for reporting that revealed W. Bush’s resort to torture and warrantless surveillance:

And we who actually believe in the US constitution, Mr. Bennett, view them as heroes and view you as a miserable toady. So here is a review of some of these remarkable individuals who have done what they could to stanch the blood of our perhaps mortally wounded liberties:

1. Glenn Greenwald, then of The Guardian newspaper, which won the Pulitzer this year for the Edward Snowden revelations about extensive National Security Administration warrantless electronic surveillance of Americans.

2. Barton Gellman of The Washington Post, which shared with The Guardian in the “Snowden Pulitzer” of 2014.

3. In 2006 the Pulitzer Prize went to Dana Priest of the Washington Post for her revelation of Central Intelligence Agency black sites abroad, where prisoners were subjected to torture. Ms. Priest received extensive death threats, was blackballed by the Bush administration, and reprisals were taken against a CIA employee who, rightly or wrongly, was identified by the administration as among her sources:

4-5. Also in 2006, the Pulitzer was “Awarded to James Risen and Eric Lichtblau of The New York Times for their carefully sourced stories on secret domestic eavesdropping that stirred a national debate on the boundary line between fighting terrorism and protecting civil liberty.” An example is here. Risen is still being pressured, under threat of jail, by the Obama administration to testify against a putative source, and he has called Obama the greatest threat to press freedom:

6. Neil Sheehan and dozens of other New York Times staff prepared the Pentagon Papers for publication and the NYT got the Pulitzer for them in 1972. The Nixon administration tried to stop publication but the then Supreme Court (which at that time was not merely a front organization for the Chamber of Commerce) found that prior restraint interfered with first amendment rights. Nixon also tried to prosecute the whistle-blower, Daniel Ellsberg, not to mention playing dirty tricks on him such as trying to steal records of his sessions with his psychotherapist and illegally tapping his phone. Ellsberg has observed that all the illegal things Nixon tried to do to him have by now been rendered legal. As it was, he was released by the courts because of government misconduct. That misconduct would not be so characterized by the courts today, since surveiling us without warrants and breaking into our private files is no longer considered criminal activity but just ordinary every day tools of governance.

So despite all the Pulitzer prizes, the American Fascists (that is what they are) are winning.