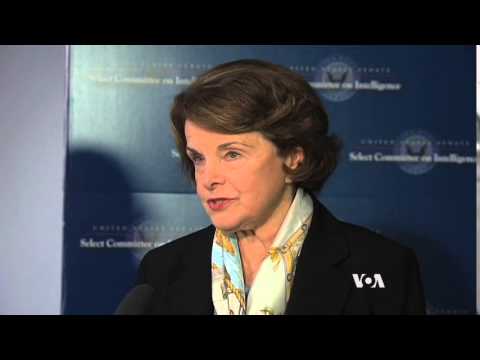 There are two powerful reasons why the government should release both the summary and the full Senate Intelligence reports on CIA torture during the Global War on Terror. One is moral necessity. When we were attacked, our government’s first resort was to exploit our fears and abandon everything America means to those who love it. Time now to recover our moral courage and face what was done. The second reason is practical. US intelligence will get a lot of mud on it, but it will also earn a firmer institutional position for the future.

First, the practical. The fires were still smoking at ground zero when officials in the Bush administration began advocating abusive treatment for prisoners we did not yet have. Professional interrogators were critical, but not effectively so. Their bottom line conclusion “torture doesn’t work” was widely heard, but they could not defend that position without betraying intelligence doctrine. A full release of the history will show how right they were.

Expect the record to show that all of the known problems of torture were rehearsed with sickening predictability.

– The confession problem. Even the innocent confess, because the torturer demands that as a minimum.

– The power problem. Interrogator judgment of truth is skewed by the experience of abuse before the questioner is really familiar with the prisoner (rather like believing that rape before marriage helps the abuser understand the wife).

– The analytic doubt problem. Analysts of the raw reports quickly see reason for doubt, and must either reflect that doubt to intelligence consumers, or else fake confidence.

If all of this was known beforehand, why did the torture regime arise and take hold? How was that achieved? From what we know now, it appears that torture was promoted as a matter of principle, not practicality.

In this, we find that the moral imperative is not at all in conflict with the practical need.

The why is easily found in neo-conservative doctrine and praxis. Once a respectable strand of conservative theory, the neocons departed into subversion by combining the thinking of Carl Schmitt with the practices of ex-Trotskyites who joined them during the 1980’s. Their core belief is that legal/rational government is inadequate for a world of catastrophic dangers that may appear in forms and at times that are uncertain (hence the drivel about fearing “the unknown unknown” and the need to somehow overcome the tautology that “we don’t know what we don’t know”).

Supposedly, only an executive with unfettered authority can meet these challenges. In actuality, for the last 30 years, social scientists have been showing how society and government manage uncertain dangers all the time, but the neocons do not read that literature.

Equipped with the political tactics of infiltration and subversion brought by the recruits of the 80’s, the neocons came to influence within the Bush administration, largely without that president’s understanding who was working under him. Torture was promoted because it would establish de facto authoritarianism, and defeat the principle of limited government. Its actual value in fighting terrorism was beside the point. The object was to defeat democracy in America.

The how is even more apparent than the why. High-ranking members of the administration promoted the idea that interrogations should be “enhanced.” Government lawyers hired for their loyalty to the dogma of unlimited government concocted vacuous legal doctrine to defend the idea.

Accounts provided by front line interrogators show that their existing methods were succeeding well, until freshly hired cadres of abusive operatives were dispatched from Washington. Abusive methods triggered al Qaeda’s trained resistance doctrine in the prisoners. Information flow dropped, and the abusers demanded that Washington give them permission to do even worse. Practices then spread and became standardized, most clearly, from Guantanamo to Abu Ghraib.

What we want to know now is whether this plausible outline of a “red versus expert” conflict is the actual history of how torture was injected into American intelligence operations. If it is the case, then having a thorough account of it will give future interrogators a place to stand in defense of their craft.

Regardless of how the story unfolded, we cannot afford to bury it. America proved that it is not immune to the standard evils of counterterrorism. Our government exploited terror to build its power against us. If we are too worn and too cynical, we can settle for that and be damned by the memory of everyone who came before us and cared, and by everyone who comes after us and suffers for how we failed. If we are still strong enough to be what we believe, we must have the moral spine to face our sins. It is an old wisdom, but still sound.

Scott Corey earned a PhD in Political Science from UC Berkeley. His dissertation was on the subject of revolution and political violence. He now works at a small human services agency in California’s Sierra Nevada region.